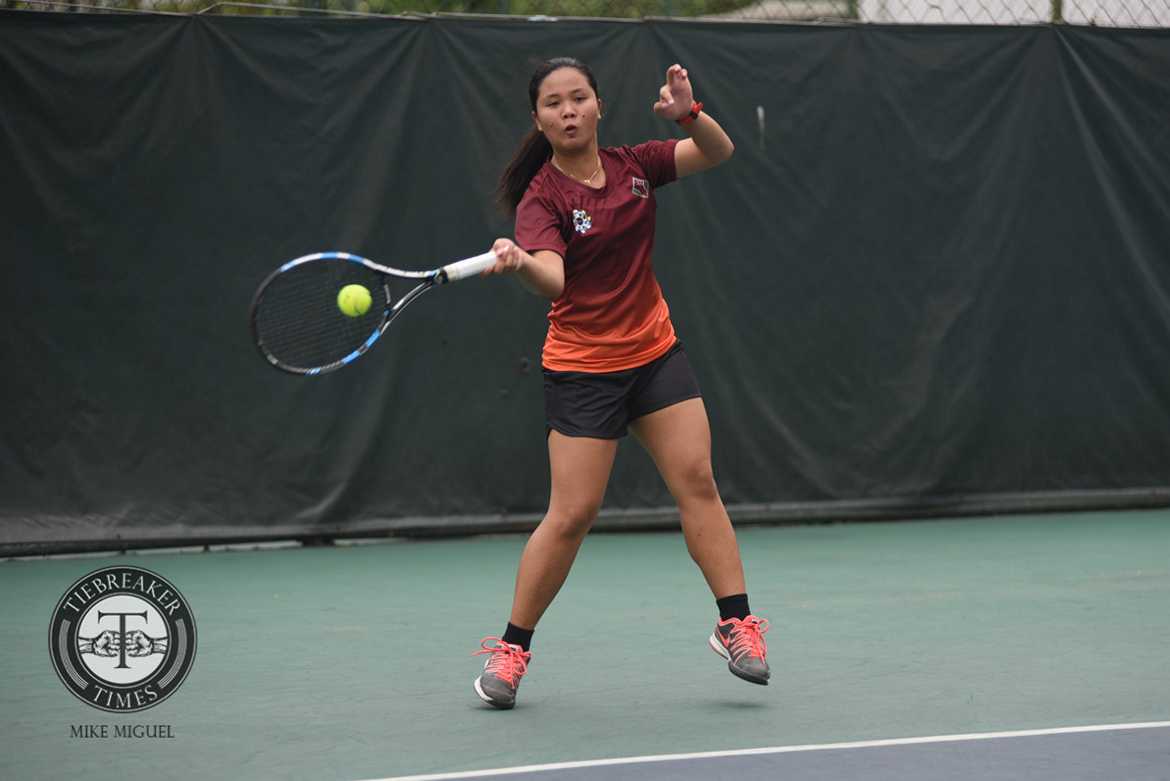 February 15, 2015 was the last time the UP Lady Maroons experienced a victory.

And after a full two years, the University of the Philippines Lady Fighting Maroons have finally pocketed a win, thanks to the resilience of rookie Danielle Carranza, as they edged out the De La Salle University Lady Tennisters, 3-2, Wednesday at the Rizal Memorial Tennis Center.

“From team who has not won for so long, ang objective lang is … actually, we came here not to win,” UP head coach Ariel Juliano shared. “We come here just to do the thing we love most — play tennis: do your shots, no fear.”

This approach was evident, as the Maroons just let it all out in the court.

It was not a dream start for the Diliman ladies as Rachelle De Guzman dominated Monica Cortez, 6-0, 6-1, in the first singles match. The Green and White then doubled the advantage after Princess Castillo and Jed Aquino took care of Dana Uy and Denise Jimenez, 6-2, 6-1, in the first doubles match.

But the Lady Maroons had an answer, as team captain Nicole Eugenio snared the opening set, 6-2, in the second singles match over Jenni Dizon.

Dizon threatened to clinch the tie after leading Eugenio at 4-2 in the second set of that match.

On the other court, however, CJ Valdez and Monika Bañez overpowered Kianna Gacias and Kylla Orillosa, 6-0, 6-0, in the second doubles match to put UP on the board. Eventually, Eugenio joined the winning party at 7-5 in the second and the Maroons evened the tie.

That set up Carranza against second-year Chang Atangan for a deciding singles match.

Prior to the match, Juliano reminded Carranza of the objective. “Actually, there was no strategy,” he admitted. “We just told her to do this. Maganda actually yung palo niya. Meron lang kaming fear na matakot siya, [magkaroon ng] anxiety, ma-stress siya. Sabi namin, ‘Just do your thing.'”

Carranza did just that as she raced to a 6-3 win in the opening set. It was before Atangan came out more aggressively in the second to force a decider at 6-2.

The UP rookie then resumed her dominant form and had the chance to close out the tie at 5-1. La Salle fought back with a consolidated service break, before Carranza leaned on her efficient returns to finish it off at 6-3.

“Enjoyment is not for me, but also for them. If fear is going to take over, it is going to haunt them,” he said about the match-up.

“We have to do something about it and just play.”

The Lady Tennisters (0-2) will try to stop this streak of heart-breaking 2-3 losses when they meet the same team, NU, the following day.