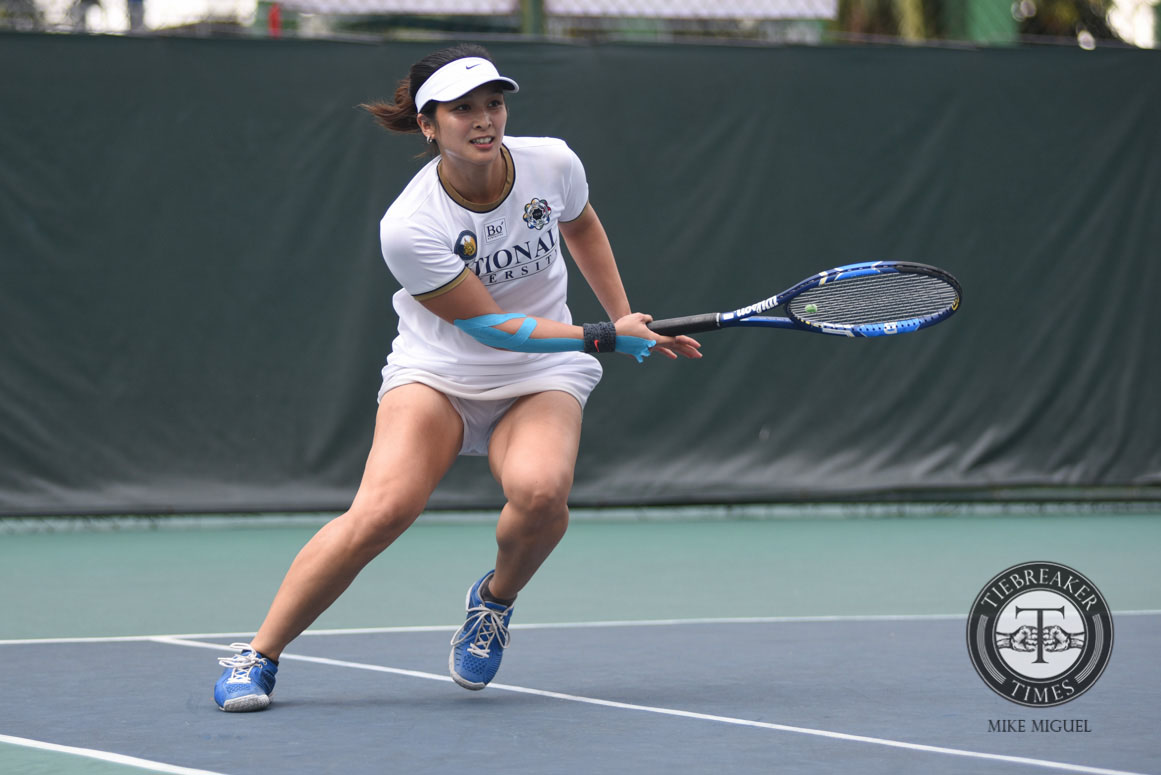 Elder sister and reigning Most Valuable player Tin Patrimonio then finished off Jenni Dizon with a similar score line.

The Lady Bulldogs (4-0) will resume their battle in the second round, Saturday, March 4. On their part, the Lady Archers (0-3) will take on the Ateneo De Manila University Lady Eagles (0-3) in their abandoned tie, Wednesday, March 1.