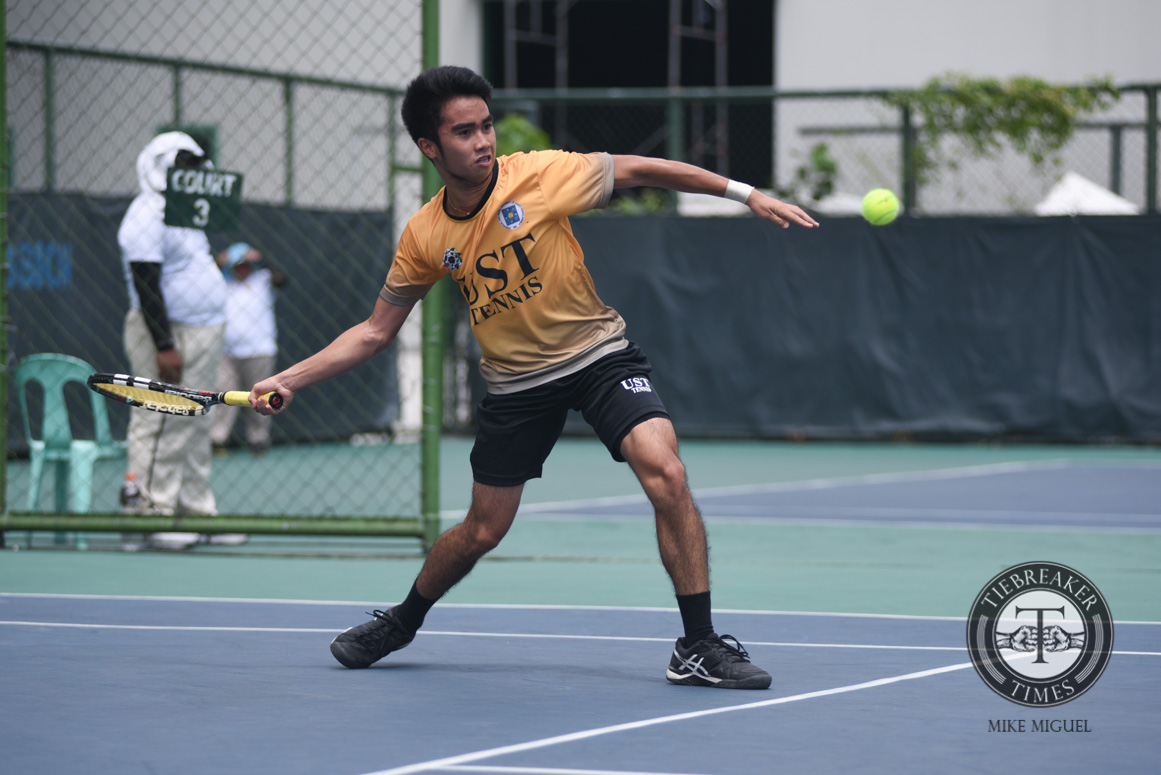 The tight race for the last Finals slot is motivation enough for the University of Santo Tomas Male Tennisters to keep winning.

And head coach Alexander Diego and the rest of the men from España relied heavily on that motivation as they snuffed out the Ateneo de Manila University’s hopes with a close 3-2 decision, Saturday at the Rizal Memorial Tennis Center.

With a glimmer of hope left, the Blue Eagles put on a great start after taking the first two singles matches.

Marcen Gonzales overpowered Dave Mosqueda in straight sets, 6-3, 6-4, in the first singles match. Skipper Ino Canlas was then made to work before turning down En-En Lopez, 6-4, 6-3, to put Ateneo a match away from an upset.

Nonetheless, the Tigers showed their determination and swept the remaining matches.

Luke Flores, who played his first singles match in the UAAP, threatened to steal the tie for the Blue and White one last time after taking the first set at 6-3. Nico Lanzado, however, this time outlasted the doubles specialist in the second set and again in the third.

With the match at 2-1 and the Thomasian junior in the lead, Flores fell due to cramps. The Atenean tried to fight after treatment, but he could barely move and, consequently, was forced to retire after two more games.

#ReadMore  The Philippines' road to the AFC Women's Asian Cup

The Male Tennisters (6-2) will try to take one from the University of the East Red Warriors (8-1), Sunday, March 12, at 8am. A win from the Tigers will lock their place in the Finals. Meanwhile, the Blue Eagles (3-6) will try to close their season with a win against the defending champions National University (4-4).