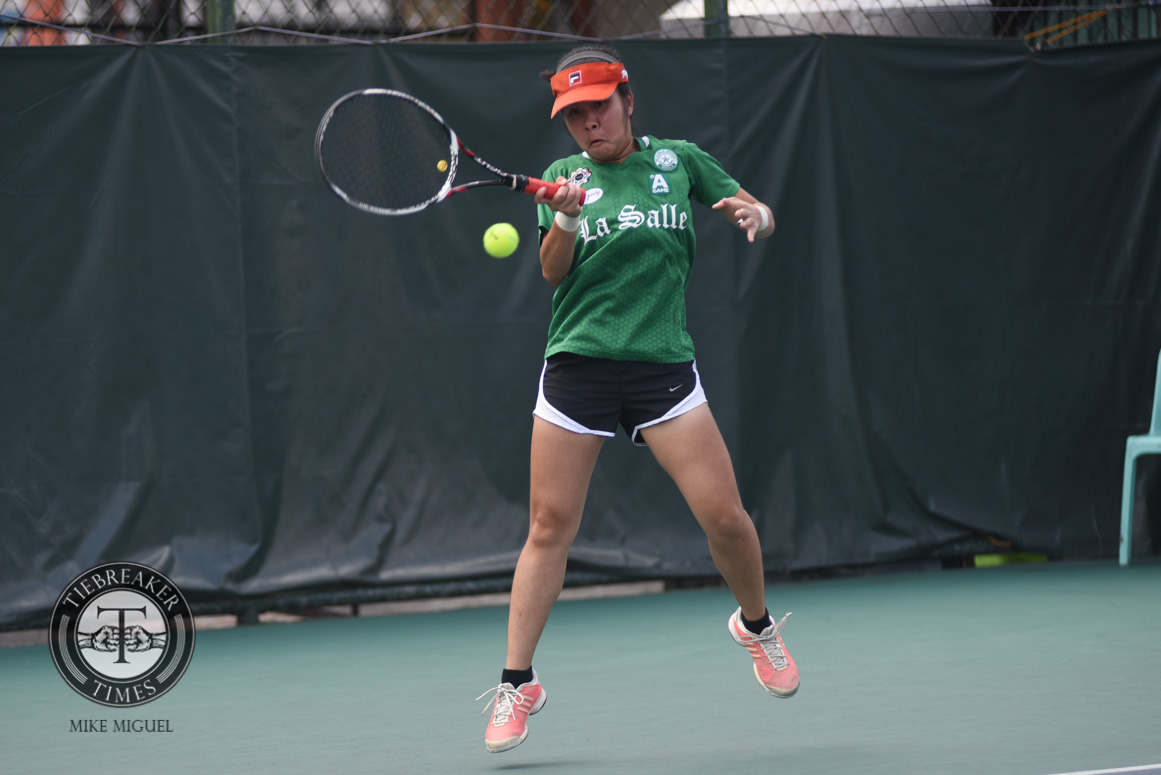 The gamble paid off for the long-time mentor, as the mixing up the lineup resulted in the Lady Green Tennisters first win of the season. The Taft-based turned back the University of the Philippines Lady Maroons, 3-2, Wednesday at the Rizal Memorial Tennis Center.

Senior standout Rachelle De Guzman said that they had focused on clinching their singles matches to fuel them to wins. She admitted, however, that, “Pero nakita namin nung first round na kinakapos palagi.”

Dana Uy and Bing Cortez threatened to take UP’s third win after taking a 4-1 lead in the first set. However, it was Princess Castillo and Jed Aquino who took the set at the tiebreak. Another extension ensued in the second with a similar result, giving La Salle their first win of the day.

Following the tight battle, Chang Atangan and Jenni Dizon impressed in their partnership debut after blanking Denise Jimenez and Monica Cortez in the opening frame. The latter duo fought toe-to-toe, but the former rose in that second-set tiebreak to take the win.

De Guzman eventually completed the comeback with a rousing win over Nicole Eugenio in the final deciding singles match, 6-2, 6-4.

The now 1-5 Lady Green Tennisters will take on finalists University of Santo Tomas Female Tennisters (5-2) on Saturday, March 11 at 12pm.

Meanwhile, Eugenio will look to clinch the bronze for the Lady Maroons (2-4) when she battles against Ateneo de Manila University’s Jessica Agra in the abandoned deciding singles match at 7:30am on Sunday, March 12. Afterwards, they will battle the National University Lady Bulldogs (6-0) later that day at 12pm.