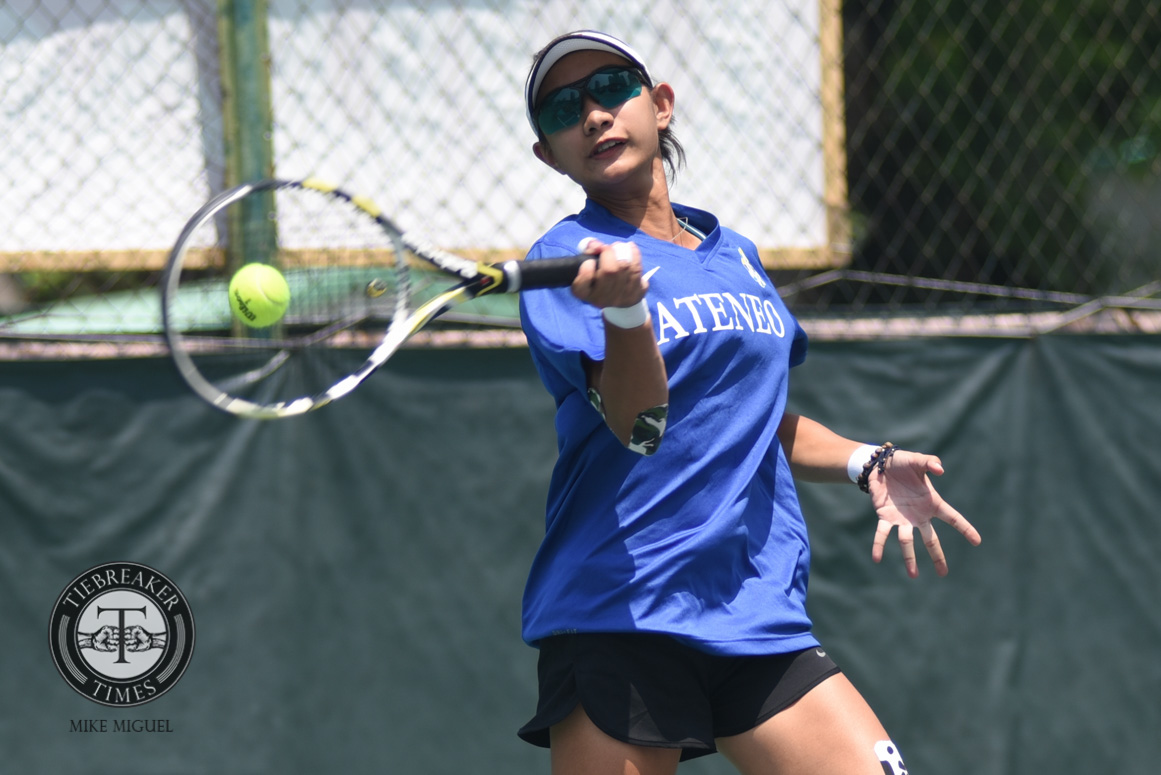 In a battle of the last year co-third placers, it was the blue side that closed out their season victorious.

Only Rachelle De Guzman managed to get a win for the Taft-based netters, sweeping Rocio Climent, 6-1, 6-0.

From there, Ateneo took over the day.

La Salle’s Chang Atangan took the first set over Khrizelle Sampaton at 7-5, but the latter got the next two sets to win the second singles match at 6-2, 7-6.

Season 78 Rookie of the Year Jana Pages wrapped up the rout over Jenni Dizon, 6-0, 6-3, in the final singles match.

The Lady Eagles (2-6) finishes in fourth place, while the Lady Green Tennisters (1-7) ends up in fifth.