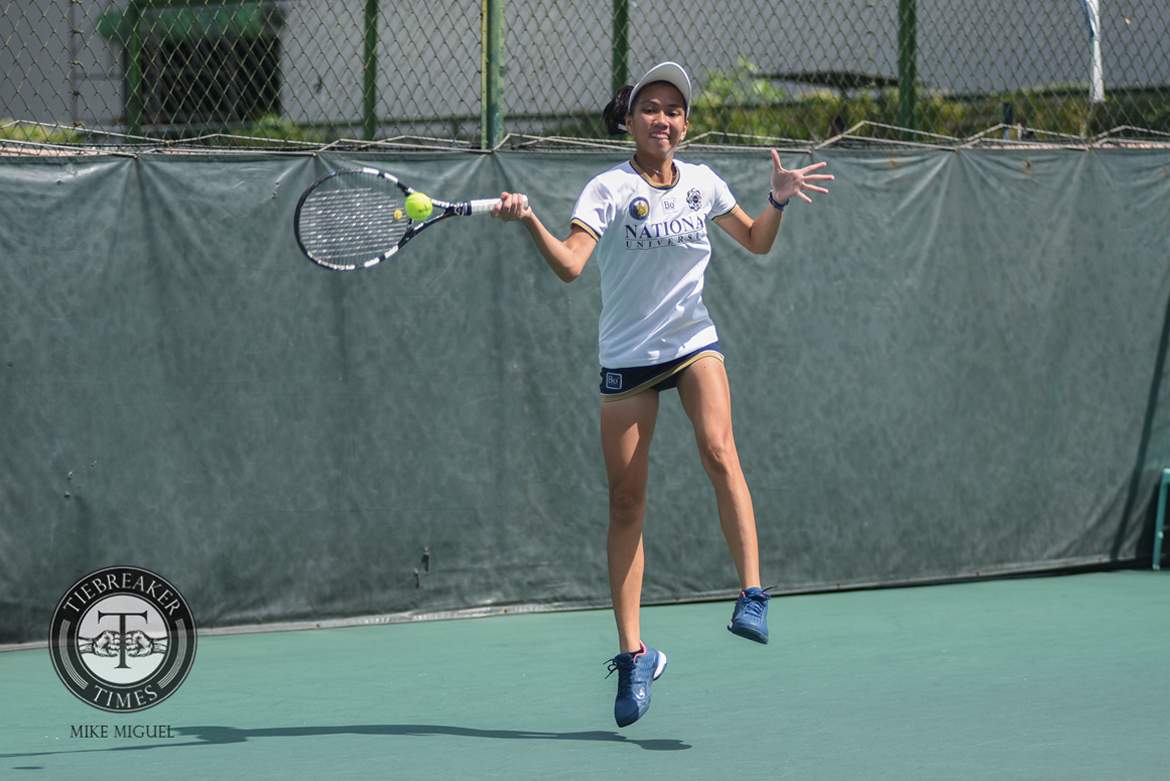 Reigning Most Valuable Player Tin Patrimonio opened up the day after she dispatched Annika Mallari in the first singles match at 6-2, 6-1. Afterwards, her younger sister Clarice swept Rocio Climent, 6-1, 6-1, in the second singles.

Zaza Paulino and Goldie Nagret then wrapped up the tie in favor of the Blue and Gold after they out-hustled Khrizelle Sampaton and Nicole Amistas, 6-1, 6-4, at the first doubles match.

Jzash Canja put on the last win for NU of the day after she outlasted last year’s Rookie of the Year Jana Pages in three sets, 6-3, 2-6, 6-2.

Ateneo would not be swept this time, however, as Jessica Agra and Jana Hernandez finished off Ana Bienes and Apoul Hipolito, 6-2, 6-0.

The mentor hopes that the Lady Bulldogs will continue to play with determination. “We know that our opponents play with ‘nothing to lose’ when they play us, and we have to play with equal or even greater intensity than our opponents. We know we have the proverbial targets on our backs, but we should not and cannot worry about those things. We know the pressure is on us, but we have to fully embrace that and not play it safe.”

The Lady Bulldogs (5-0) will face their likely Finals opponents, the University of Santo Tomas Female Tennisters (5-1), on Wednesday, March 8 at 12pm. Meanwhile, the Lady Eagles (1-4) will battle with the same team on Saturday, March 11 at 8am.