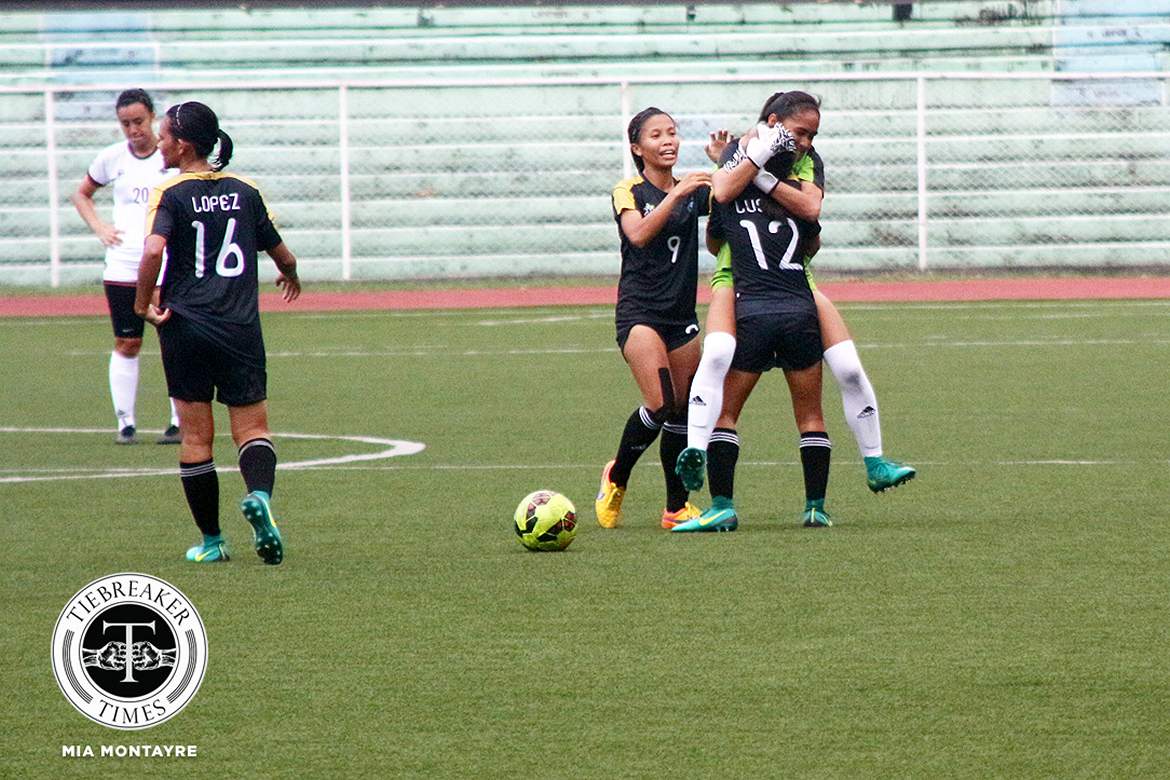 Hazel Lustan (85′) provided the game’s solitary goal today in the Rizal Memorial Stadium in Manila, as the Lady Maroons fired blanks all day.

UST dominated the first half to no avail. The Lady Maroons were pegged back due to the Lady Booters’ pressing, and the former failed to threaten UST goalie Ivy Lopez, who had an easy time in the said period.

Charisa Lemoran and her striker partner Hazel Lustan constantly picked holes in the Lady Maroons defense, and the latter could have had a goal early in the game when her shot slowly entered the UP net only for it to be cleared by Cassandra Alleje.

In contrast to Lopez, UP goalie Nicole Adlawan had a turbulent time in goal. Lemoran tried her luck twice and should have scored if not for Adlawan’s steady goalkeeping. It finished goalless at the break, which definitely frustrated the España school.

A similar story unfolded in the second half for UST, although the Lady Booters finally got the goal they deserved. UST continued to bombard State U and were awarded a penalty in the 72nd minute due to a foul in the latter’s box. Lemoran stepped up but missed badly.

That was the respite State U needed to shift the momentum to their side, yet the Lady Maroons failed to capitalize. One UP attack was well defended by UST, who then executed a counterattack perfectly towards Lustan, who found space to shoot and converted in the 85th minute to give UST the lead.

It finished UST 1-0 UP, and the Lady Booters secured their second victory to send the Lady Maroons into a crisis.