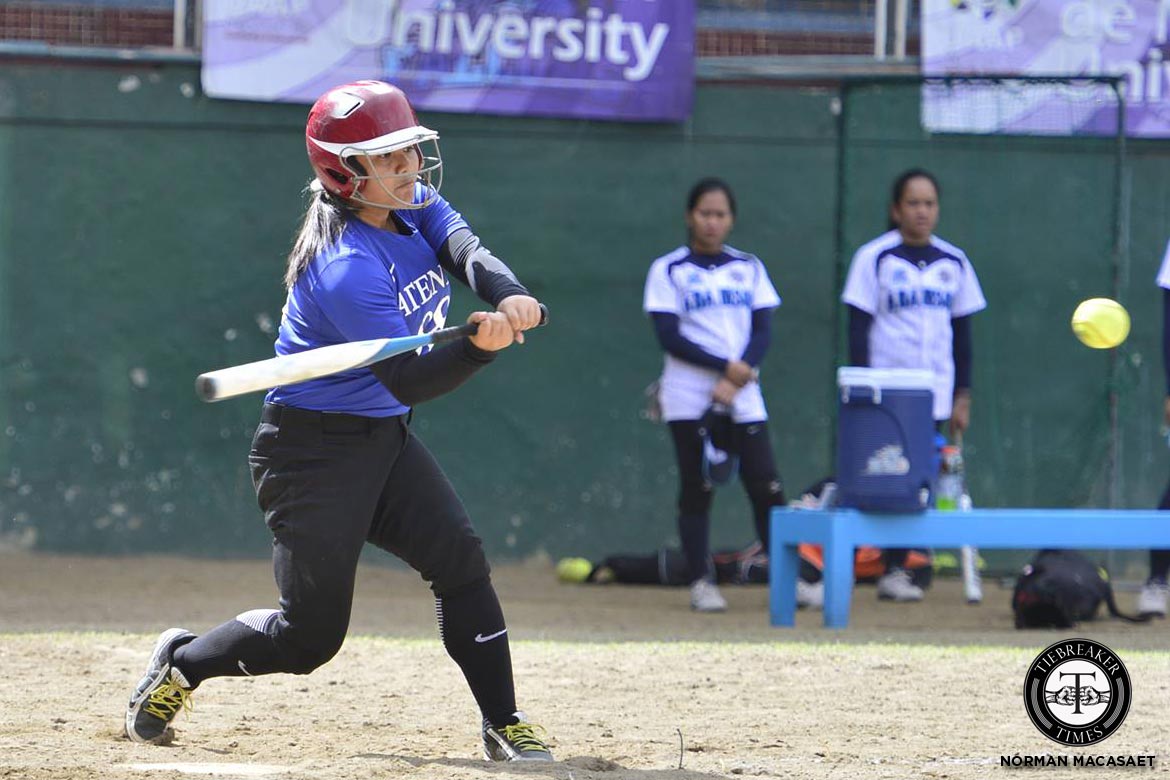 After three straight disappointing outings, the Ateneo de Manila University Lady Eagles sprung back to life as they picked up their first win of the season in a 6-5 extra inning thriller against the University of the East Lady Warriors, Thursday morning at the Rizal Memorial Baseball Stadium.

The Lady Eagles end their first round campaign with a 1-5 slate while the UE Lady Warriors dropped to 1-4 with one assignment remaining, a date with the UST Tiger Softbelles on Saturday, February 18.

“It’s a start. Sana magtuloy-tuloy because any team has a chance to be in the Final Four,” said Ateneo assistant coach and former UAAP Baseball champion Aids Bernardo, who was sitting in for coach Dione Macasu. “The way they are playing, kayang kaya naman nila e.”

And the Lady Eagles showed in the eighth inning that they wanted this game badly. With Yla Trinidad being the designated runner at second base, rookie Jill San Juan connected on a huge double to bring home Trinidad. San Juan was then able to cross home after a fielding error by the UE defense.

Ira Nevalga (1-1) was then able to hold the Lady Warriors to just one run at the bottom end of the inning to seal Ateneo’s first win of the season.

Ateneo though had to rally back after being down by as much as three runs at the bottom of the third inning.

San Juan, who went 2-of-4 at-bat, drove in a run during the sixth inning while Nicki Borromeo connected on a line drive double for the tying run.