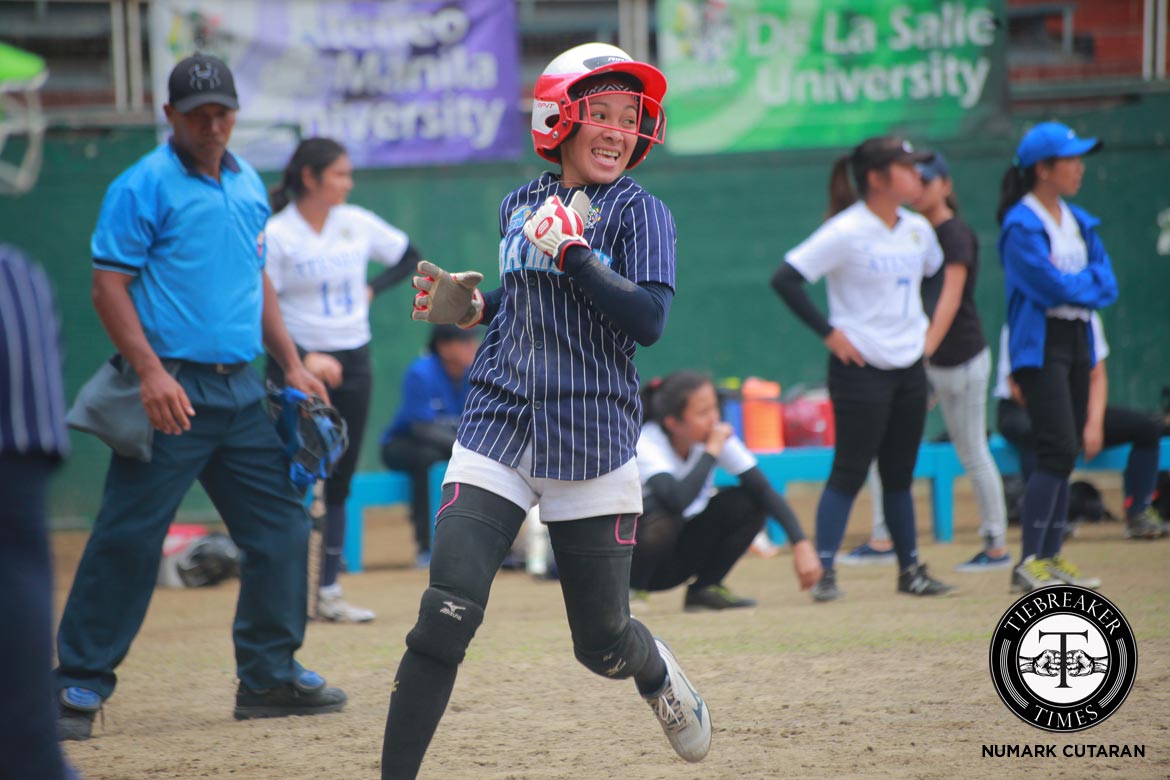 But the nine hits in five innings they had was a far cry from the 10 hits in four innings they had in their first round encounter which greatly disappointed multi-time champion coach Ana Santiago. Moreover, only three of their runs were earned.

This time around though, it was the team’s heavy hitters that carried the load for Adamson.

Florable Pabiana went 2-of-4 at bat, driving in the breakthrough run of the game, while scoring a run of her own during the first inning.

“Sabi ko lang sa kanila, huwag intidihin yung score, just concentrate on the task on hand. Yung task namin kanina is to hit and score while concentrate on every at bat ng kalaban,” Santiago said as the Lady Falcons were able to punch in five runs in the next three innings. “Yung palo lalabas din yan. We just have to continue to fight until the end.”

Surprisingly, sluggish pitching from sophomore Princess Jurado led to errors for Adamson. In her first three assignments, the Lady Falcons had two uncharacteristic errors while Yla Trinidad was able to bring home Ira Nevalga for their first run.

Arlyn Bautista was brought in afterwards and allowed just one run on two hits the rest of the way.

Four more runs were pickede up by the Lady Falcons during the fifth inning to seal the mercy rule win. However, all of those run came from Ateneo’s errors.

Adamson hopes they can find their offense by the time they face the NU Lady Bulldogs on Thursday, March 2 at 11:30am. Ateneo takes on UST earlier in the day at 7:30am.