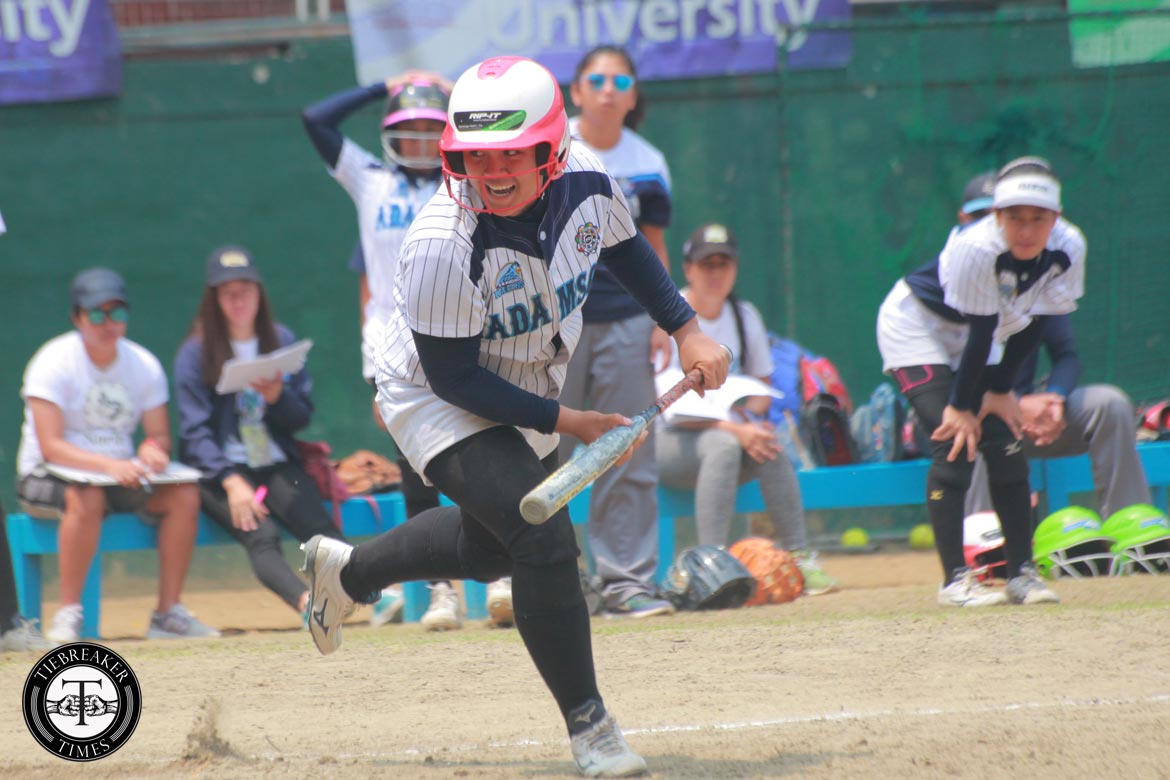 The University of the Philippines Lady Maroons had to overcome a lot of hurdles to reach the Final Four. They had to battle through the loss of their ace pitcher Cochise Diolata during the off-season, a six-game losing streak, and a determined De La Salle University Lady Batters squad during the one-game playoff just to reach this stage.

However, the mountain was just too high to climb in the semifinals, as the six-time defending champions Adamson University Lady Falcons escaped with a 2-1 win to advance to their seventh straight finals, Saturday afternoon at the historic Rizal Memorial Baseball Stadium in Manila.

“I salute UP. Grabe yung fighting spirit na pinakita nila. They are one of the toughest teams dito sa UAAP. For UP, there’s nothing to be shy about. Very impressive yung nilaro nila at we salute them,” multi-time UAAP champion coach Ana Santiago remarked about the brave stand UP showed.

Moreover,the Lady Maroons’ brave stand brought out the best in the Lady Falcons, according to Santiago.

And the Lady Falcons were immediately pushed during the opening inning of the game.

Against Riflayca Basa, UP co-captain and lead-off batter Gelai Penales was able to connect on a base hit and stole second to pressure the Adamson defense. After a fly out and a ground out of the next two batters, Sella dela Cruz was able to bring home her captain to immediately put the Lady Maroons up 1-0.

After securing two quick outs at the bottom end of the inning, Angelie Ursabia, this season’s home run queen and best slugger, took to the plate. Ursabia quickly slammed Ella Martinez’s ball to center field to knot the game. It was Ursabia’s fourth home run of the season.

But the Adamson offense struggled connecting just one in the next two innings.

Unheralded rookie Krisha Cantor was able to connect on a base hit in the fourth inning and steal second base. But after holding Adamson during the second and third inning, the UP fielders gave in, as a fielding error by Martinez led to a run for Cantor that proved to be the game-winner.

Basa was able to hold UP in the last two innings, including a flyout of last batter Maki Cabriana to close out the game. Cabriana, who was also celebrating her 22nd birthday, played her last UAAP game.

“Right now, I’m happy na makakalaro kami ng Finals. From the very beginning, alam ko na this will not be an easy path para sa amin,” Santiago added. “Sabi ko sa mga bata, ‘I’m really happy pag makakapasok tayo ng Finals. Whatever the outcome of the Finals is, I will still be proud of you.'”

The Lady Falcons will now await the winner of the National University/University of Santo Tomas  bracket. Game One of the Finals is scheduled to take place on Tuesday, March 21, at 9:00am.