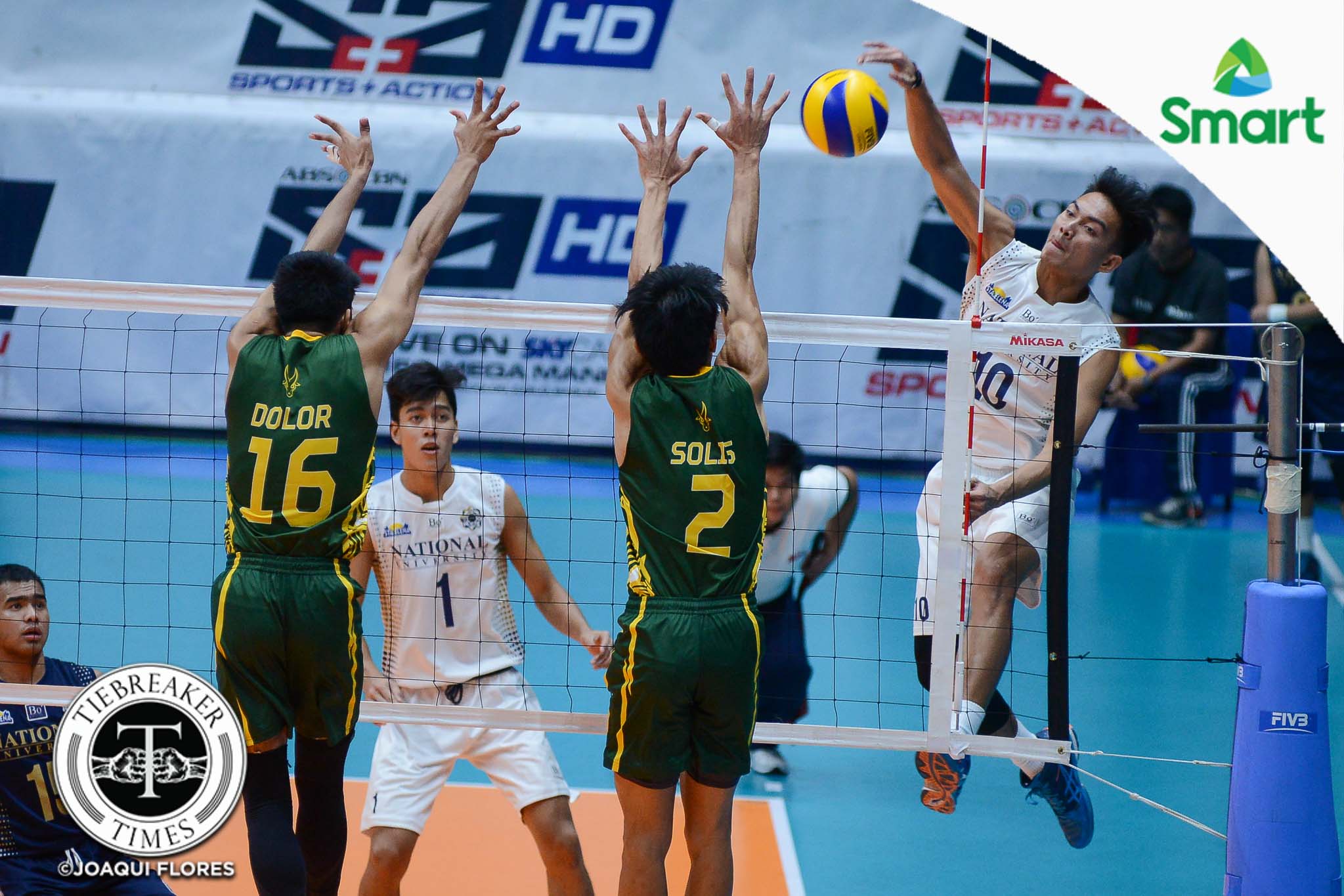 For the fifth straight year, the National University Bulldogs are in the Final Four

With a 9-1 slate, the Bulldogs secured the second Final Four spot, while the Tamaraws — a team that has yet to win in the second round — fell to a tie with the University of the Philippines Fighting Maroons for third and fourth.

Fauzi Ismail and James Natividad towed the Bulldogs with 13 and 11 markers each.

With the game knotted at 24-all during the third set, Natividad was able to send NU to match point after a powerful spike, his 10th of the game. Kim Malabunga was then able to block Richard Solis to seal the win.

But luck played a huge part in NU’s win, according to Alinsunurin, as FEU’s 26 errors came when the Bulldogs were slumping during the game.

Ricky Marcos had 11 digs in the game to stifle FEU’s offense.

#ReadMore  Further tryouts to be held after collegiate leagues

Solis was the only Tamaraw who scored in double-figures with 11 points. Greg Dolor was limited to just eight markers.

The NU Bulldogs look to extend their streak to nine when they face the De La Salle University Green Spikers on Saturday, March 25 at 8:00am. The FEU Tamaraws, on the other hand, look to pick up that elusive second round win when they face the University of the East Red Warriors on Wednesday, March 22 at 8:00am. Both games will be played at the Filoil Flying V Centre.