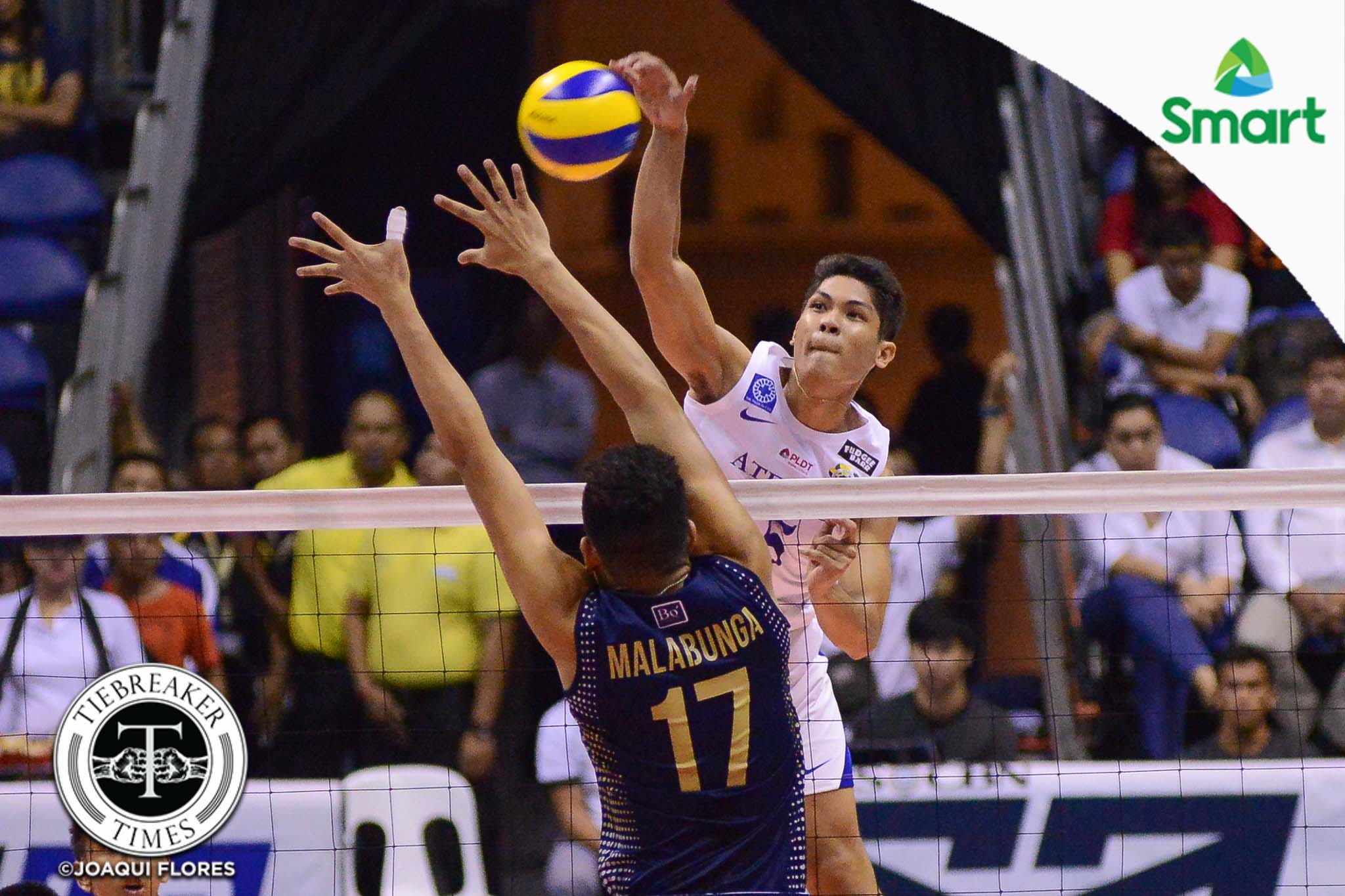 After coasting through the elimination round, the Ateneo de Manila University Blue Eagles took everything the National University Bulldogs dished out and kept their three-peat aspirations alive.

NU squandered a golden opportunity in the first set, allowing Ateneo to erase their 11-3 lead. Trailing 20-21, the Blue Eagles went on a rampage sparked by Tony Koyfman, who scored three consecutive points and led Ateneo to a 24-21 lead. Marck Espejo put the finishing touches on the comeback with a thunderous cross-court hit.

The second frame saw NU race to another early lead, 8-3, only for the Blue Eagles to once again rally back. After Ateneo came within one, 18-19, the Bulldogs took their turn mustering a finishing rally thanks to clutch hits from Bryan Bagunas and Fauzi Ismail. After taking a 24-21 advantage, the Bulldogs went to Bagunas to formally tie the match at a set apiece.

Neither team pulled away early in the third set. It took consecutive Ateneo miscommunications for NU to grab a 21-18 lead. Espejo tried to bring his Eagles back, but Ismail responded to his every hit. Down 1-2 in sets for the first time this season, the Blue Eagles dominated the fourth set from the start to force a decider.

Ateneo nearly had an easy route to the win after sprinting to a 13-8 cushion, but the Bulldogs made a last ditch run thanks to Bagunas’ serving. Tied at 13, the Blue Eagles went to Marck Espejo to notch set point, then pulled a block from Rex Intal to close the match.

“Great game. I always tell them (Blue Eagles) that NU is a great team, but the minds of the players will make us the champions. The resiliency, and the heart they’re showing, I can’t say anything less for my players,” said Ateneo head coach Oliver Almadro.

Game Two will be on Saturday, 12 pm, at the Smart Araneta Coliseum.

Fauzi Ismail and Bryan Bagunas powered NU with 22 and 19 points apiece. This is the first time NU went to five sets against Ateneo since Season 77.