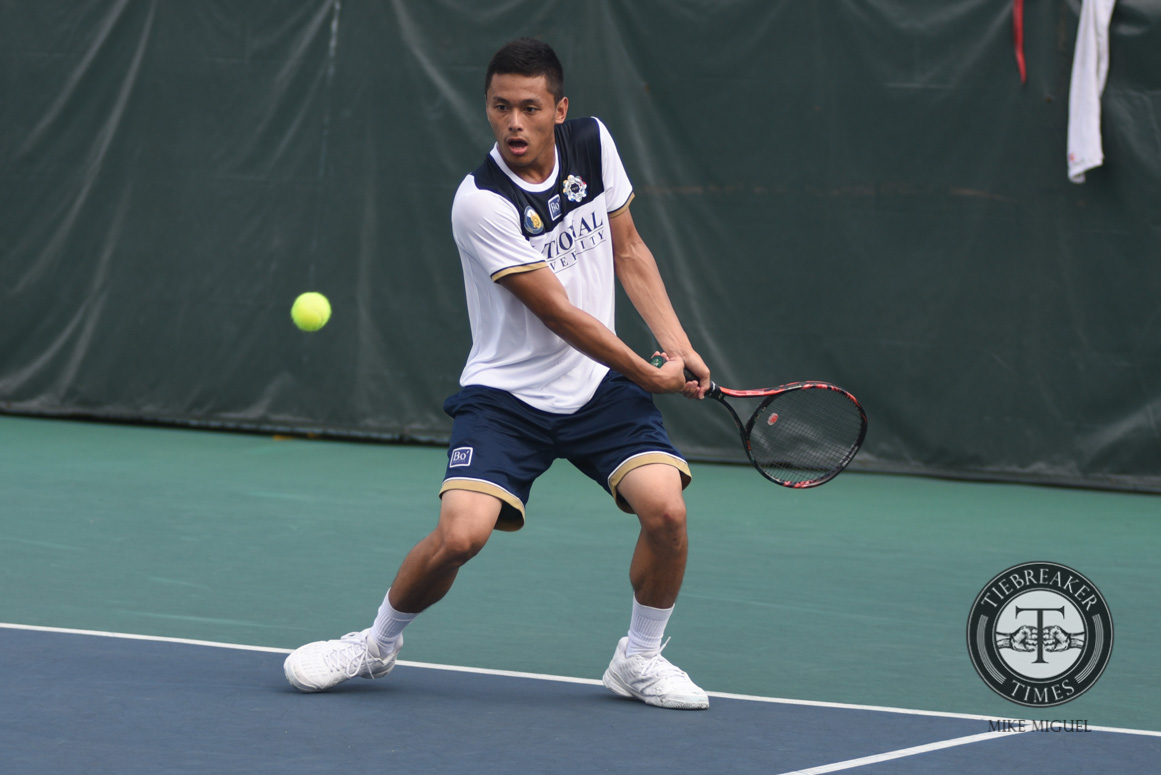 You can never undervalue the determination of a team with nothing to lose — but you also cannot underestimate the heart of a champion.

At the end of another classic in their budding rivalry, the reigning UAAP men’s tennis titleholders National University Bulldogs needed an epic comeback to upend two-time Finals opponents University of the Philippines Fighting Maroons, 3-2, Saturday at the Rizal Memorial Tennis Center.

The Bustillos side opened the day as Kiko Alcantara and Allen Manlangit dominated Auden Paduganan and Gabriel Guttierez in two sets, 6-3, 6-0, in the first doubles match.

Kyle Joseph took the first set of the opening singles match for the Maroons at 7-5 over Macky Latorre.

The third-year Joshua Cano edged out AJ Alejandre in the first set of their second singles match at 7-5, before dominating the second at 6-1 to put the tie at one match apiece.

Mimo Tomacruz and Elijah Arevalo then wrested the advantage for the Season 76 and 78 runners-up, coming up with an impressive 6-4, 6-2 win over Jigo Peña and Justine Prulla.

That turned out to be the last win for the Maroons as after almost three hours of play in court 1, Latorre overcame Joseph at 7-6, 7-5 in the next two sets.

Returning player Arc Dolorito then fended off two set points from rookie Joel Atienza to take the third singles match and the tie after two tiebreaks.

The win resuscitated the four-time champions’ bid to keep their title. Head coach Karl Santamaria shared, “I have to give the credit to the players. They never gave up and kept fighting even when we fell behind. They want one more shot at the championship.”

“Our chances may be small, but as we saw today, they’ll fight for whatever chance they have,” the champion mentor stressed.

Santamaria also offered some compliment to the Maroons. “Even though they have been eliminated, they showed great fighting hearts up to the last point. It was a great tie, and both teams deserved to win today,” he ended.

The Bulldogs (4-4) will take on the also-ran Ateneo De Manila University Blue Eagles (3-6) on Sunday, March 12 at 2pm. Earlier that day, Guttierez will try to lead the Fighting Maroons (1-8) to a win one last time when they face the De La Salle University Green Tennisters (4-5) at 11am.