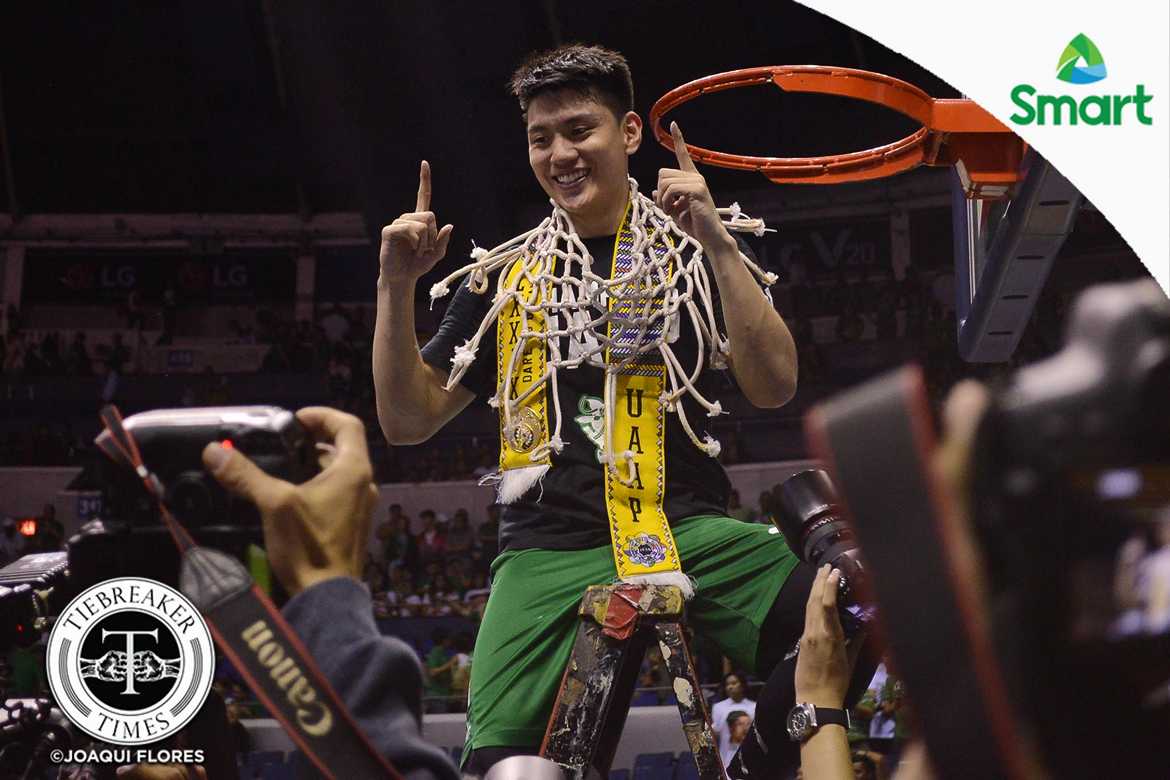 There was no denying the De La Salle University Green Archers this time, as they brought the UAAP Men’s Basketball championship back to Taft Avenue after a 79-72 win over arch-rivals Ateneo de Manila University Blue Eagles, Wednesday evening at the SMART-Araneta Coliseum in Quezon City.

This is La Salle’s ninth crown in the UAAP Men’s Basketball division, breaking their tie with Ateneo. Moreover, this is their second crown in four years.

Graduating senior Jeron Teng finished the game with his season-high 28 points, going 12-for-20 from the field. For his efforts, he was crowned as the Finals MVP, his second, averaging 19 points on 56 percent shooting to go along with 3.5 rebounds and 2.5 assists.

In this game, the King Archer did most of his damage in the first half, pouring 19 points during the first 20 minutes of the game.

“Right from the start gusto ko bigay ko yung best game. I wanted to go all out for La Salle especially this being my last game,” La Salle’s skipper said.

The La Salle lead grew to as high as 14 points after a Thomas Torres find to a wide-open Montalbo, who knocked down a triple with 7:28 left in the third frame.

However, the Blue Eagles did not go down without a fight, going to the line 19 times in the second half to slowly chip down the lead. With 1:35 left, a put-back by Isaac Go off a Thirdy Ravena miss with 1:35 remaining in the game cut the lead to just four points, 69-73.

“Mahirap ito because it was against Ateneo,” Ayo said. “But basketball-wise, it was about execution. But because of the hype this rivalry brings, we needed to execute.”

Teng was not to be denied, driving to the lane for a nifty pass that led to a Ben Mbala layup to stop the bleeding.

Rookie Raffy Verano knocked down a triple with 59 ticks left to give Ateneo hope, but misses by Ravena and Adrian Wong — plus free throws by Aljun Melecio and Thomas Torres — sealed the crown.

La Salle shot a superior 46 percent from the field compared to just 34 percent for Ateneo. Even if the Blue Eagles were able to out-rebound their opponents, 49 to 38, they shot just 20-of-32 from the charity stripe to negate their advantage.

Besides Teng, Jason Perkins, Julian Sargent, and Thomas Torres ended their UAAP careers with gold around their necks.

Ravena and Go struggled all game long. The former went 0-for-10 from the field, while Go scored eight points but needed 11 attempts.