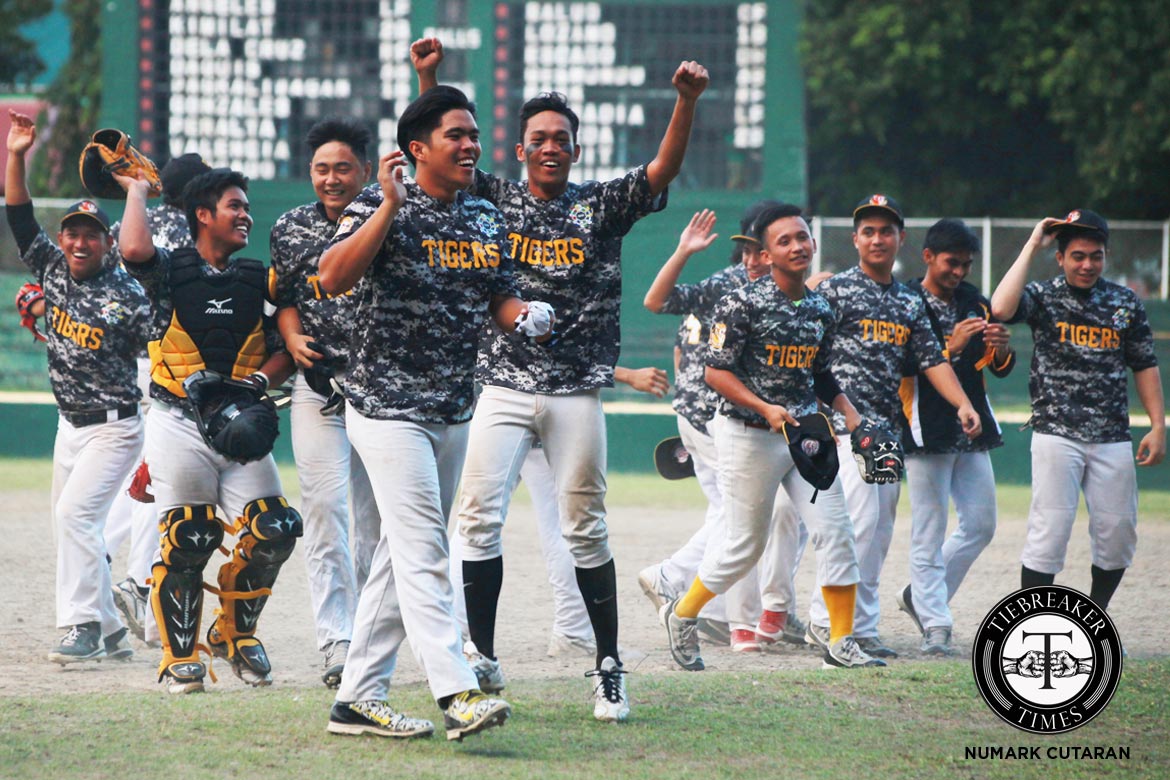 With no playoffs and just two spots in the finals in UAAP Baseball, every win counts, especially at this stage of the tournament. And safe to say, it was the University of Santo Tomas Golden Sox who played like there was no tomorrow on Wednesday evening, blasting the De La Salle University Green Batters, 11-6, at the Rizal Memorial Baseball Stadium.

The win gives the Golden Sox solo second with a 5-2 slate and with three games to go. The defending champions, meanwhile, fell to a tie with the Adamson University Soaring Falcons at third, and are a full game behind UST.

But even with this momentary feat, UST legend and head coach Jeffrey Santiago stressed that there is still work to be done.

And it was urgency that proved to be the difference in the game.

After an entertaining first inning that saw the two squads combine for four hits, leading to a 3-3 scoreline, the Golden Sox lambasted half of La Salle’s pitching staff, led by UAAP Season 78 Finals MVP Boo Barandiaran, in the third inning of the game.

UST’s huge rally started with a huge 2 RBI double from Kirk Peralta against Barandiaran. Filipino-American rookie Leslie Cabiling tried to hold the Golden Sox, but a walk and a passed ball resulted to two more UST runs. After Cabiling’s short stint on the mound, Arvin Herrera gave up three more runs before finally putting an end to the inning that saw 13 UST at bat.

Even with a plethora of lefty pitchers, orthodox pitcher Ian Llave was given the starting nod in the game and was able to deliver. Llave was able to hold La Salle to just two hits in the first six innings of the game before giving up a two-run homer to power hitter Iggy Escano in the seventh inning.

Ron dela Cruz closed out the game for UST, allowing just one run while striking out four batters in the last two innings.

La Salle were limited to just four hits in the game leading to 10 runners being stranded.

UST will next face the winless University of the Philippines Fighting Maroons on Sunday, March 5, while La Salle looks to bounce back against the National University Bulldogs on the same day.