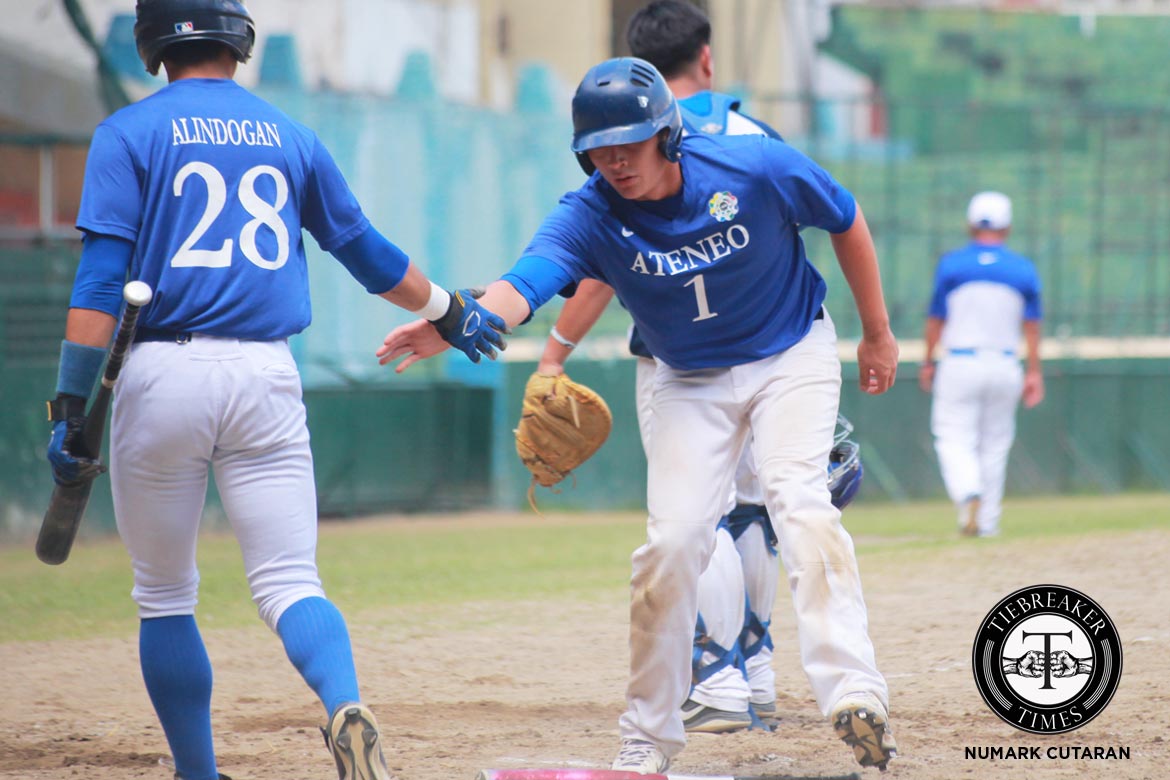 With the league in its home stretch, the Ateneo Blue Eagles are beginning to pick it up

“I was waiting for that, at last lumabas na,” Ateneo Baseball program director Randy Dizer remarked about the sophomore.

One of Ateneo’s expected sluggers entering the season, Tantuico struggled to connect in Ateneo’s first six games, having a batting average of .260. Tantuico broke out of his slump against NU’s Clarence Caasalan and the Bulldogs fielders, going 3-of-5 at bat resulting to two runs.

And it was all Ateneo in this game as they quickly raced to a 3-0 lead in the first five innings of the games while an error plagued second inning.

The floodgates opened in the sixth inning, as the Bulldogs could not hold the Ateneo offense. A double by Tantuico opened the inning and was brought home by a double from the inning’s third batter Dino Altomonte.

But even after securing two outs, the Bulldogs struggled to shut down the game, as Caasalan’s pitches went rogue while reliever Clarion Santos was cold. Altomonte was able to score on a passed ball as the bases continued to load up for Ateneo. A second pitching change did not solve NU’s woes as Miguel Habana, subbing in for Ryan Hilario, connected on a 2 RBI double that gave the Blue Eagles a game-high 7-0 lead.

Miguel Dumlao, in his second start of the season, did well on the mound, holding the Bulldogs scoreless in the first five innings — only giving way during the sixth inning, as NU converted three runs on three hits. Closer Nacho Lozano shut out the Bulldogs the rest of the way.

“Again, it’s our pitchers. Nag-deliver si Dumlao this time and was consistent. Nacho was able to hold. It’s there,” said Dizer.

Floro Malit was the sole bight spot for the Bulldogs offense, going 2-of-4 resulting to NU’s sole RBI and a run.

The Ateneo Blue Eagles will next face first round tormentors Adamson University on Sunday, March 5 at 7:00am. And it’s a game that the Blue Eagles have penciled in since absorbing their only loss of the season last month.

“They’re ready, that’s their only loss. Expect my kids to get back. We’ll be ready this time,” Dizer vowed.

NU, on the other hand, take on the De La Salle University Green Batters on the same day.