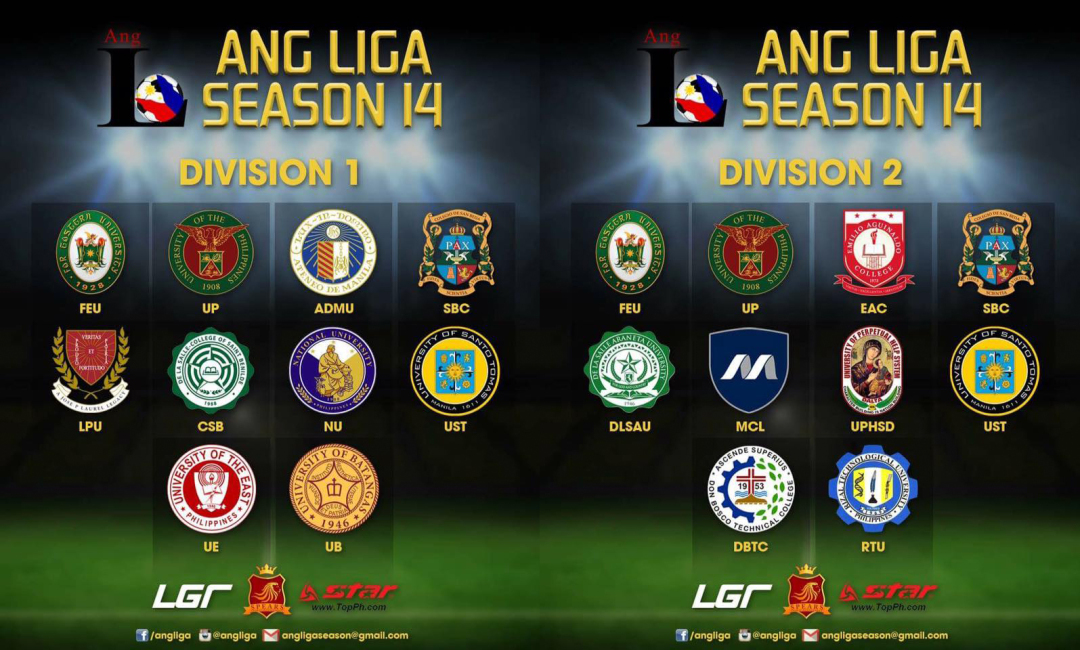 From its humble beginnings in its first season in 2003, Ang Liga has now evolved into the country’s top platform where collegiate clubs converge before the start of their mother leagues.

San Beda College (SBC), last year’s NCAA runners-up, headline the contingent from the oldest athletic association in the country, together with College of Saint Benilde (CSB) and Lyceum of the Philippines University (LPU).

Also, provincial team University of Batangas will be diving into action in the first division this season following their victory in last year’s second division games.

Reserve teams from high caliber teams FEU, SBC, UP, and UST will also be competing in the second tier of the tourney.

Meanwhile, the Ang Liga will use a single-round elimination format and is scheduled to hold games at the FEU-Fern Field, San Beda Football Field, UST Football Field, Moro Lorenzo Field, and at the Don Bosco Field in Mandaluyong.

Rizal Memorial Football Stadium, the country’s national football stadium, will also be used as a venue for the games, as well as the new PFF training pitch in Carmona, Cavite.

Consequently, the LPU Pirates and the UP Fighting Maroons will kick off the season with their first division meeting at 8 a.m on Saturday, July 16, at the SBC Manila Football Field.

Also happening on the opening day are the battles between SBC Team B and UP Team B in the second division at 10 a.m. while SBC Team A meets UB at 1 p.m.