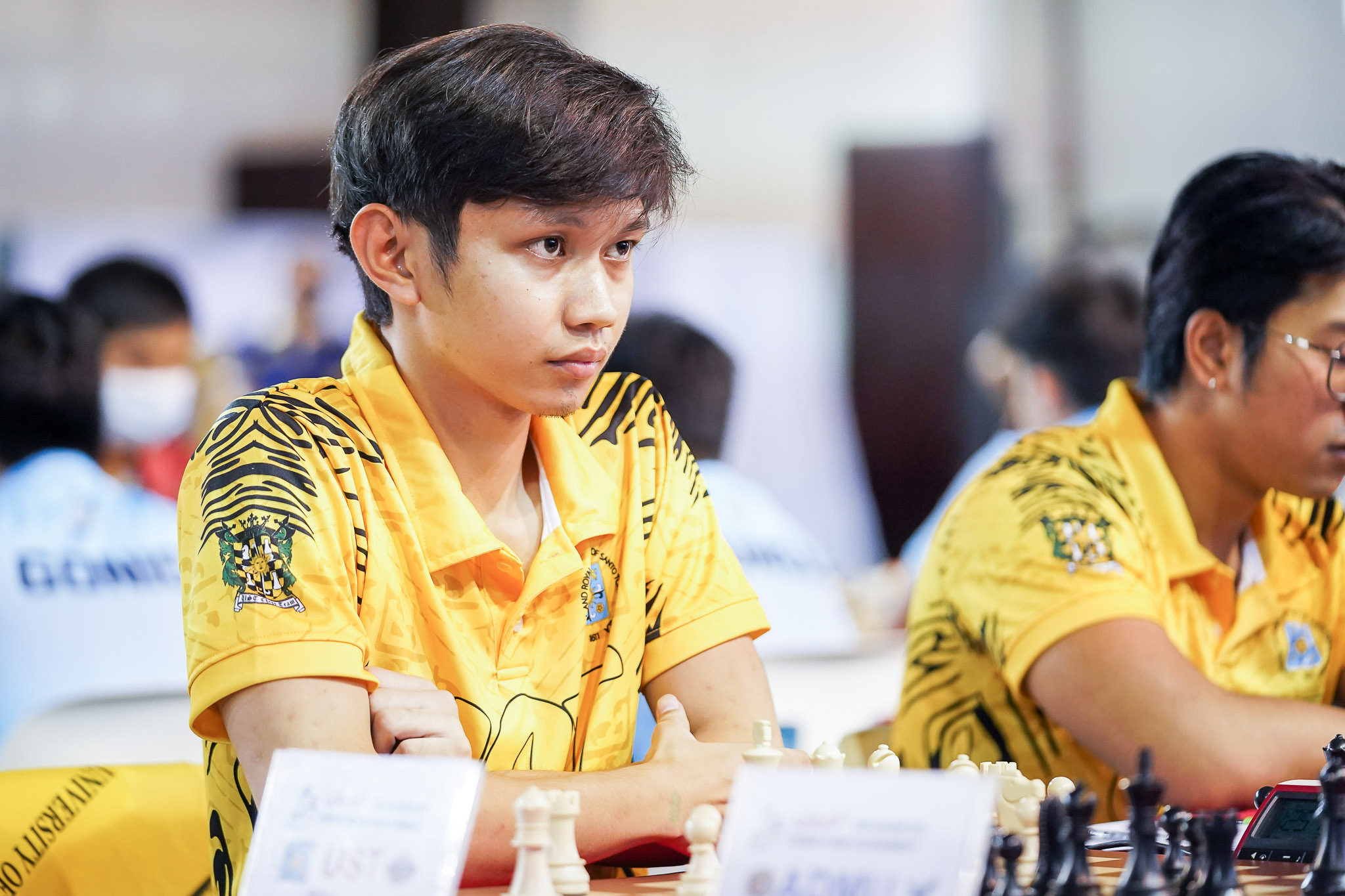 University of Santo Tomas continued its immaculate run in the UAAP Season 85 Men’s Chess Championships with a 4-0 win over Adamson University to retain the top spot with eight pts after two rounds of play on Sunday at FEU-Diliman Sports Complex.

Julius Gonzales led the way once again for the defending champions as he negated Vince Albert Arellano’s tactical sacrifice by playing superbly with two rooks against a queen en route to a win with the black pieces in Board 1.

Melito Ocsan Jr. followed suit in Board 2 with a quick win over Adamson’s John Frederick Sunga in just 27 moves of the French Defense.

Brylle Gever Vinluan, playing with the black pieces, also ended the match quickly in Board 3, forcing Jolan Carlos Ballobar to resign after 32 moves of the Pirc Defense while Lee Roi Palma took down Alfonzo Louis Olendo in 33 moves courtesy of an unstoppable mating attack to complete the shutout win.

Second-running University of the Philippines, on the other hand, was limited to a 2-2 split against Far Eastern University.

Fide Master Fide-Master Stephen Rome Pangilinan continued his stellar play in Board 1 as he once again unleashed a mating attack that forced Hans Ezekiel Olorosisimo to resign after 37 moves of the English Opening.

Season 85 runner-up MVP Jan Darryl Batula added to UP’s points with a masterful rook endgame play in Board 3 across Darry Bernardo but FEU’s John Merill Jacutina and Lorenzo Aaron Cantela delivered for the Tamaraws in Board 2 and 4, respectively, to force a series draw.

De La Salle University scored its first series win in Season 85 courtesy of a 3-1 conquest of archrival Ateneo de Manila University to catapult to tied-2nd in the standings.

Ateneo’s rookie Christopher Khalil Kis-ing prevented the shutout with a win over Daniel John Lemi in Board 2.

Round 3 of the tournament is set for Wednesday at the same venue.