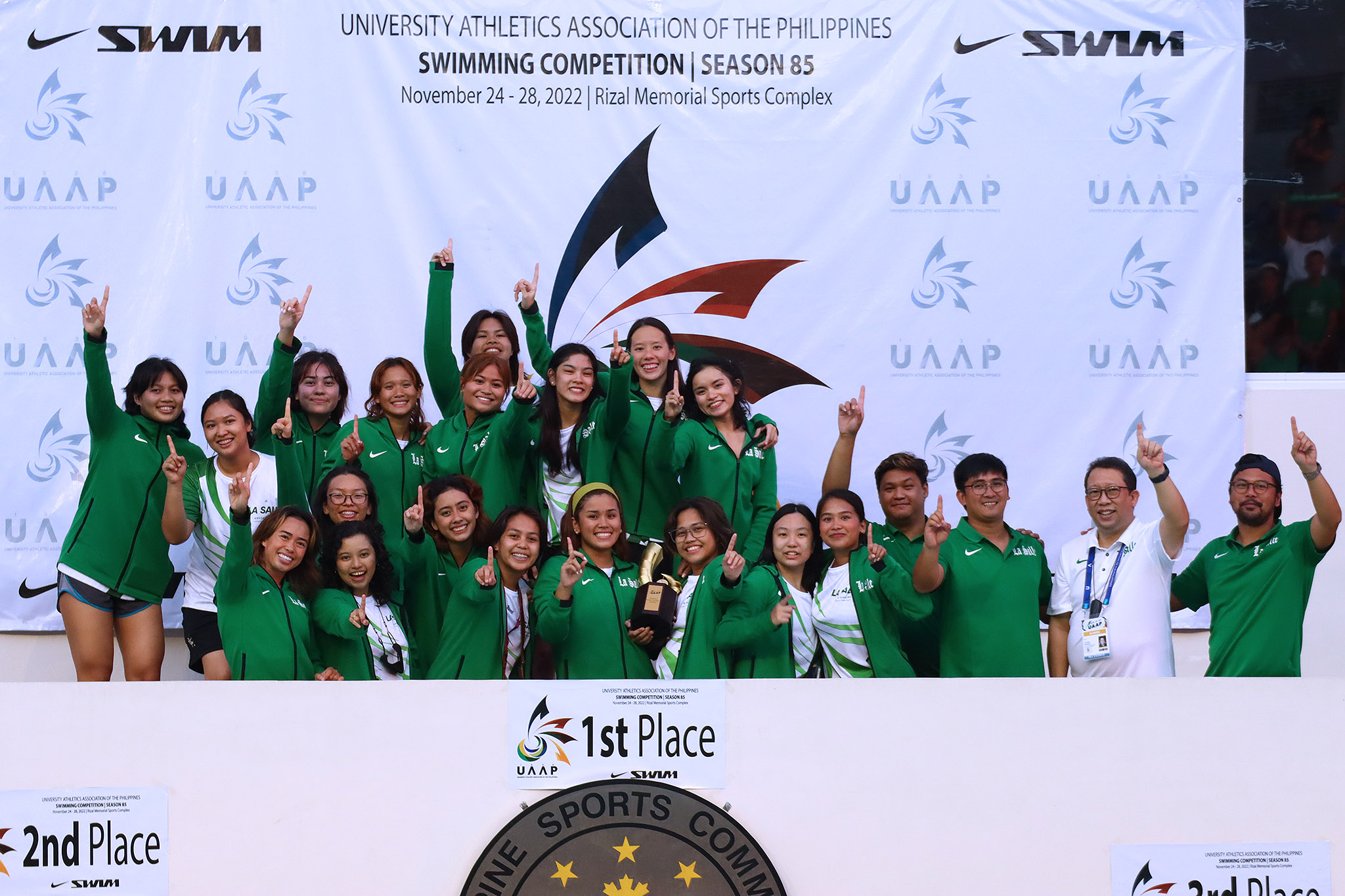 This is the Lady Green Tankers’ fifth overall title in the tournament.

The title is also La Salle’s second title in the season in the collegiate ranks.

Chua punctuated her stint with the silver in the 200m breaststroke with 2:39.43, just behind the new Philippine record of 2:30.42 of Ateneo’s Thanya Dela Cruz.

Chloe Isleta also made her one-and-done stint count, taking two golds on her final day in the 50m backstroke and 50m freestyle. The 31st Southeast Asian Games gold medalist clocked at 30.07 in the backstroke event for a new UAAP record and at 26.49 in the freestyle sprint.

“The team, we were all very proud; we were all crying tears of joy, and really cheering our hearts out. So, we all felt like our hard work for the past months really paid off… and we’re very happy,” MVP Chua shared on winning back the crown.

Rookie of the Year Camille Buico also made a rousing UAAP debut with 84 points to lead the Fighting Maroons to a second-place finish with a total 382 markers.

Buico ended her season in style after taking the gold in the 200-meter butterfly with 2:21.24, just a few ticks away from Chloe Daos’ UAAP mark of 2:19.03 set in Season 82, and the silver in the 50-meter freestyle behind Isleta.

UP also put off the curtains in the 4x100m medley relay with a new UAAP record of 4:33.78 with swimmers Franz Joves, Mary Llorente, Leeyan Marbella, and Angela Villamil, taking down their predecessors’ mark of 4:35.74 in 2014.

Dela Cruz’ new national mark in the 200m breaststroke and her bronze in the 50m freestyle with 27.09 helped Ateneo complete the women’s podium with 240 points.

UST ended in fourth place in the men’s and women’s divisions with 125 and 112 points, respectively.