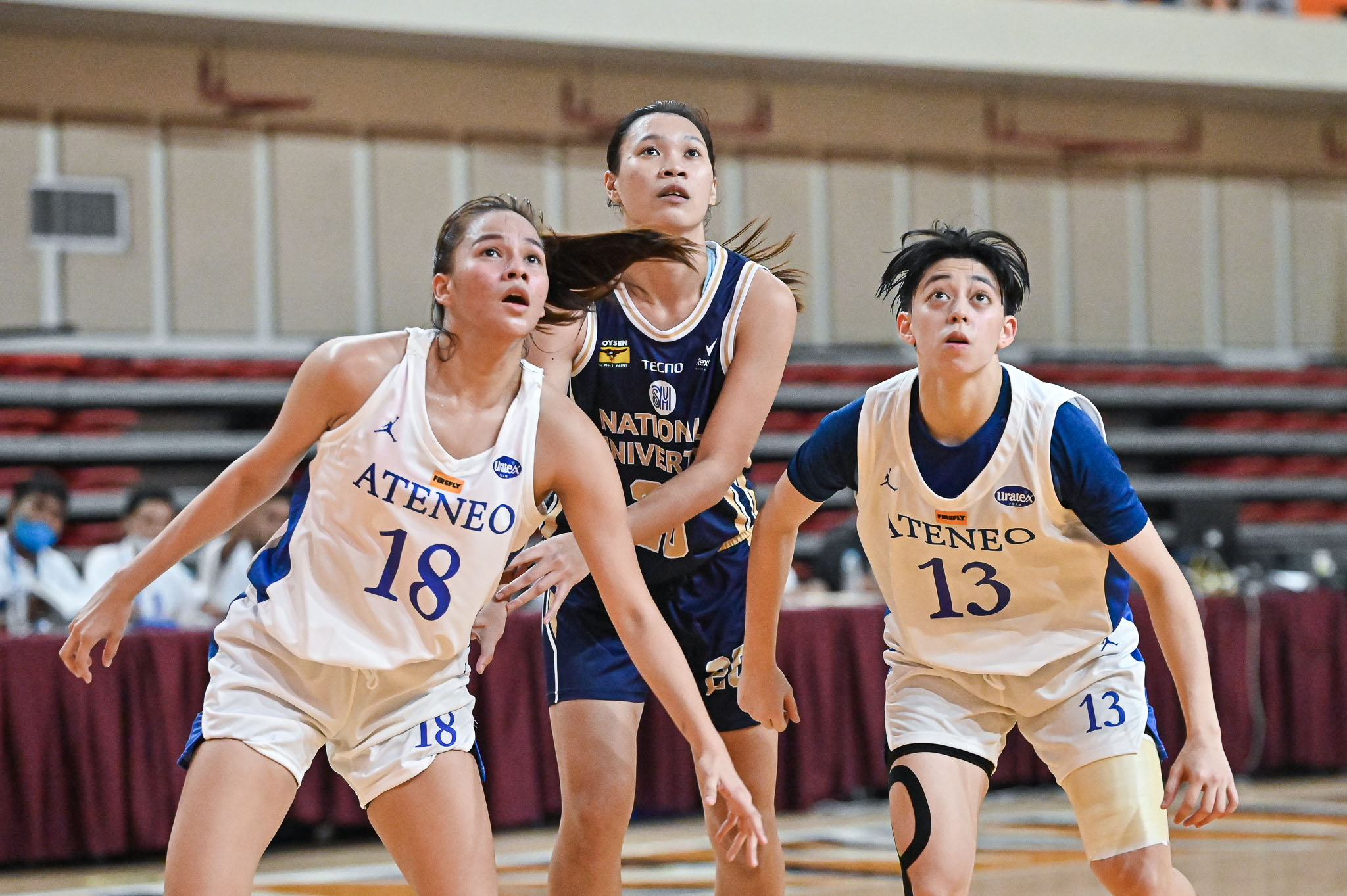 The win was also the Lady Bulldogs’ 98th straight win in the league.

Against the Blue Eagles, the duo of Camille Clarin and Annick Tiky combined for 14 points in the Lady Bulldogs’ 26-9 start to blow the game wide open right from the get-go.

On the other end, NU also limited Ateneo to a 4-of-12 shooting clip in the first 10 minutes of the game while forcing them to commit nine turnovers.

“Every game is very important for us to have a strong start. Every team is gunning for us, they know what it requires to beat us. Right from the start, we have to take away their confidence,” said Clarin, who wound up with 14 points, three rebounds, two steals, and an assist.

It was another dominant outing for the Lady Bulldogs as they led by as many as 41 points in the game, 89-47, after back-to-back treys by Clarin with 1:42 remaining.

“It’s always hard to play a team with such great talent like Ateneo. They got Kacey (Dela Rosa), (Jhazmin) Joson, and LJ Miranda,” said Lady Bulldogs head coach Aris Dimaunahan. “Give credit to our girls for playing hard right from the start. Even in the middlegame, when Ateneo made a run, they still stayed together and did not veer away from the system.”

The rest of the Blue Eagles shot just 32.7-percent from the field. Moreover, they committed 30 turnovers that led to 24 NU points.

NU will next face University of Santo Tomas on Sunday.

“Both of us are coming off two wins. Whoever plays to their advantage will get the W. It will be a great test for us character-wise. Let’s see what happens on Sunday,” said Dimaunahan.

Meanwhile, Ateneo looks to bounce back at the expense of archrival De La Salle University on the same day.