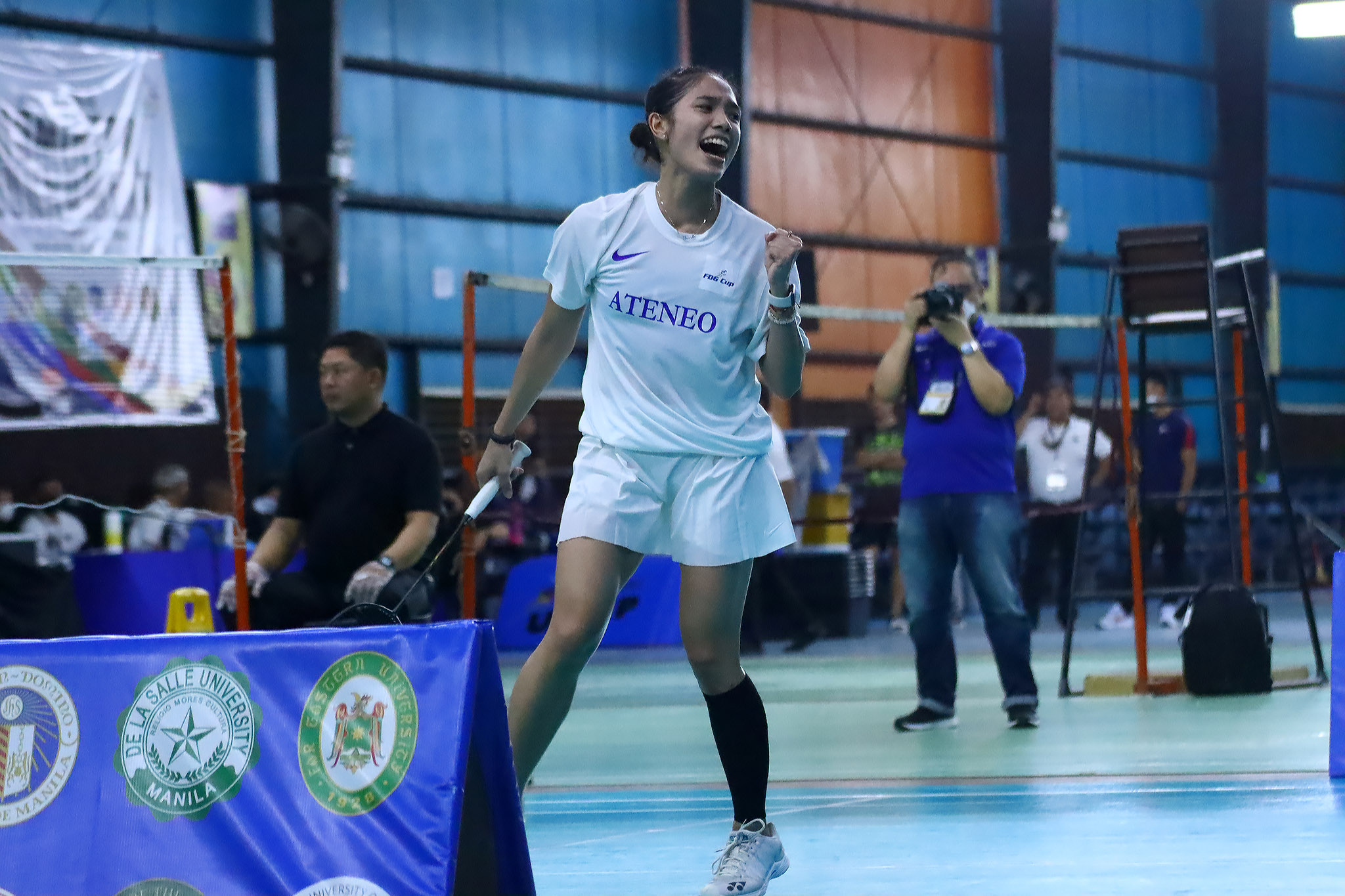 Reigning back-to-back MVP Chanelle Lunod once more pulled through for the Blue Eagles in the deciding match, 21-13, 21-14, over Kate De Guzman, after the tie was level at two matches apiece.

Lunod earlier teamed up with Jochelle Alvarez in putting up a 2-1 lead in the second doubles match against Jeya Pinlac and Gwyneth Descola, 21-16, 21-19, but the Lady Bulldogs got it back with Sarah Barredo and Ybonnie Dema-and in the second doubles, 22-20, 13-21, 21-8 over Mika De Guzman and Geia De Vera. 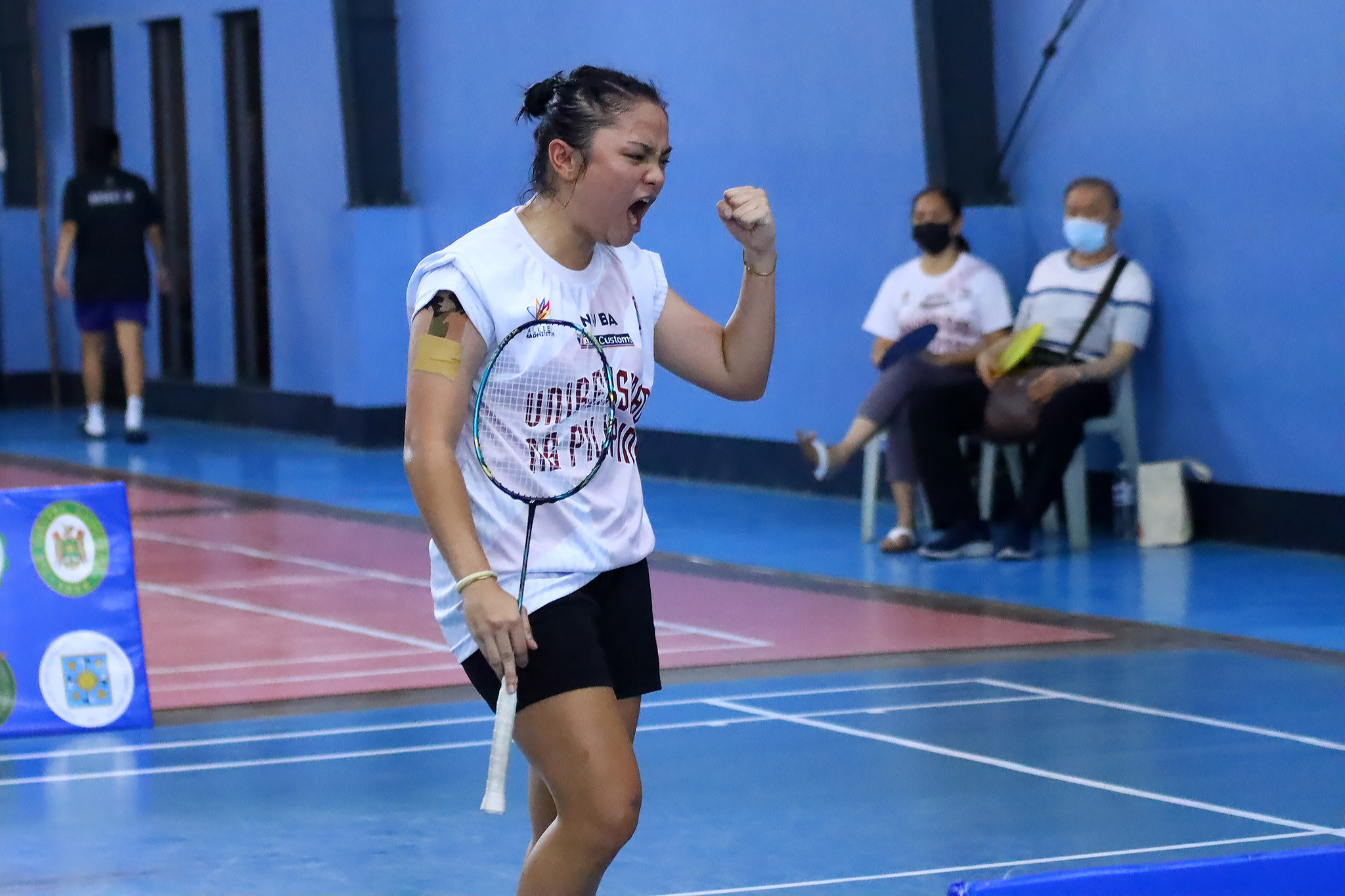 A vintage performance of UAAP Season 78 Rookie of the Year Leah Inlayo completed the Fighting Maroons’ sweep on an 11-21, 21-13, 21-15 win over Mia Manguilimotan.

Rookies Anthea Gonzalez and Susmita Ramos opened the day for UP with clinical wins in the first two singles matches. Gonzalez kept her unscathed singles record with a 21-5, 21-4 rout of Katrina Togado, before Ramos stamped her class over Ghiselle Bautista, 21-13, 21-14.

In the other tie for the afternoon, University of Santo Tomas finally notch its first win, keeping Adamson University winless, with a 4-1 score line.

Rhafi Santos and Jennfier Saladaga took down Melody Ampusta and Jan Ching in the second doubles match, 21-8, 21-6, to pocket the win after Camille Buagas and Graciel Cabriga got one back for the Lady Falcons, 22-20, 17-21, 21-15, over Elij Pena and Clara Ignacio, 21-, 21-, in the previous doubles match.

The Blue Eagles and Fighting Maroons will take on the Lady Green Shuttlers and the Female Tiger Shuttlers on Saturday to close out their respective qualification round campaigns. On the other hand, the Lady Bulldogs will look to secure their second straight bronze medal when they take on the Lady Falcons on the same day.

All these ties are set on Saturday at 1 p.m., still at the same Quezon City venue.