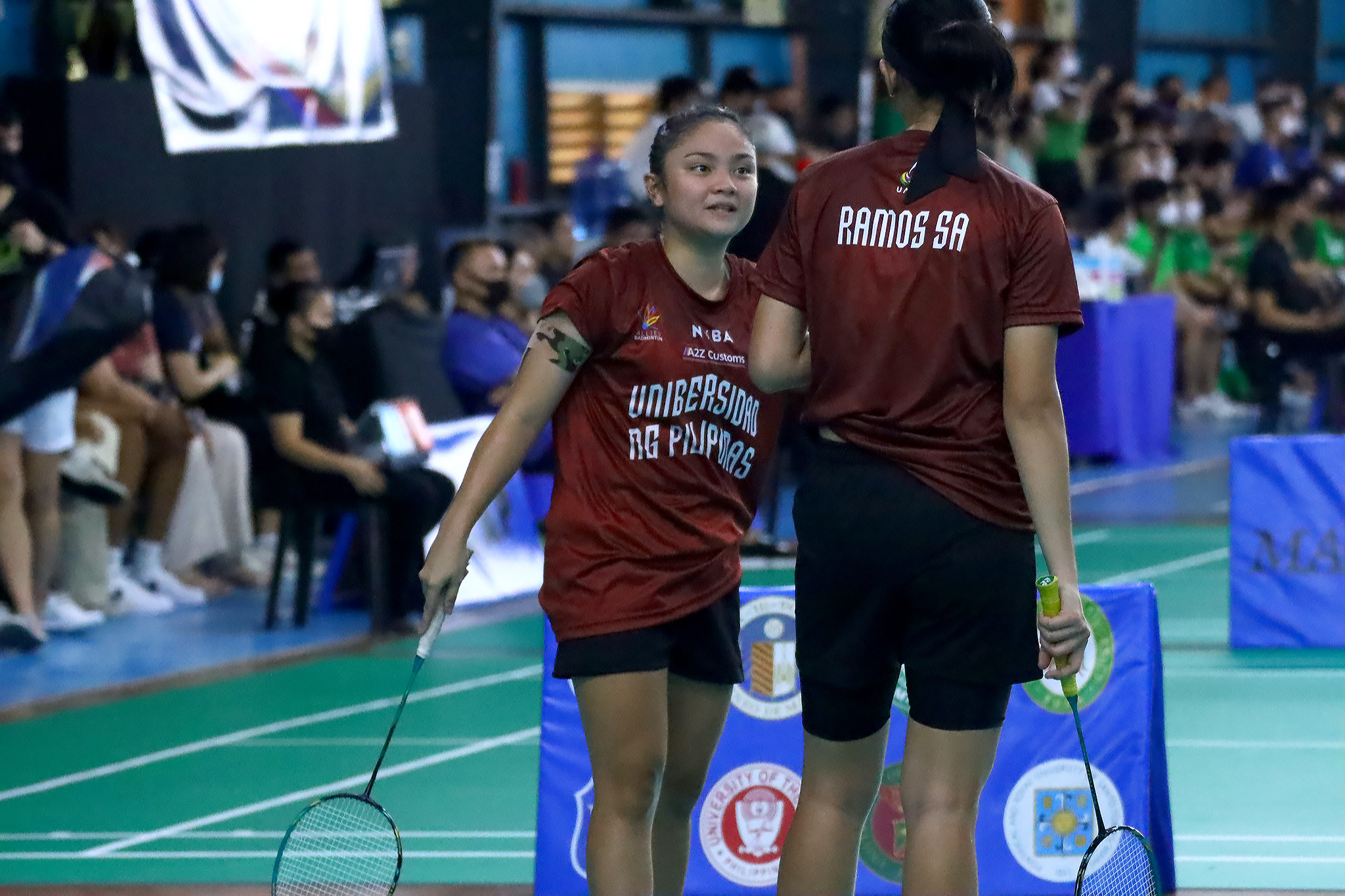 University of the Philippines booked a return trip to the Finals after a clinical 5-0 rout of University of Santo Tomas on the final day of the UAAP Season 85 women’s badminton tournament qualifying round, Saturday afternoon at the Centro Atletico Badminton Center in Cubao, Quezon City.

The win sent the Fighting Maroons to its sixth Finals appearance in seven seasons, only missing the championship battle in UAAP Season 82.

And it was a familiar name in Lea Inlayo that clinched UP the ticket as the UAAP Season 78 Rookie of the Year and fellow national team member Susmita Ramos won the first doubles match, 21-13, 21-16.

Ramos earlier opened the day with a first singles rubber win over Charlize Belen, 21-16, 21-9, before fellow rookie Anthea Gonzalez made it a 2-0 advantage, 21-9, 21-6, against Elij Pena, in the second singles.

Gonzalez and captain Andrea Abalos set up the sweep in the second doubles match, 21-12, 21-16, against Pena and Clara Ignacio, while Inlayo completed the sweep against Samantha Chozas, 21-14, 21-14.

On the other hand, Finals-bound Ateneo de Manila University closed the elims unscathed at 5-0 with a 4-1 rout of rival De La Salle University.

Chanelle Lunod and Missy Cervantes clinched the win for the reigning back-to-back champions with the quick work of Palma Cruz and Shaynne Boloron, 21-11, 21-17, in 27 minutes of the first doubles match.

The Fighting Maroons will challenge the Blue Eagles in the championship tie set on Sunday at 1 p.m.

National University completed the winners of the day, taking down Adamson University, also at 5-0.

Sarah Barredo and Ybonnie Dema-ano won the tie for the Lady Bulldogs, 21-13, 21-14, over Graciel Cabriga and Camille Buagas in the first doubles match. Karyll Rio and Kate De Guzman took down Patricia Timosa and Janine San Ignacio in the first two singles matches to set up NU for another third-place playoff.

The Lady Bulldogs and the Lady Green Shuttlers will simultaneously duke it out for the bronze at 1 p.m.