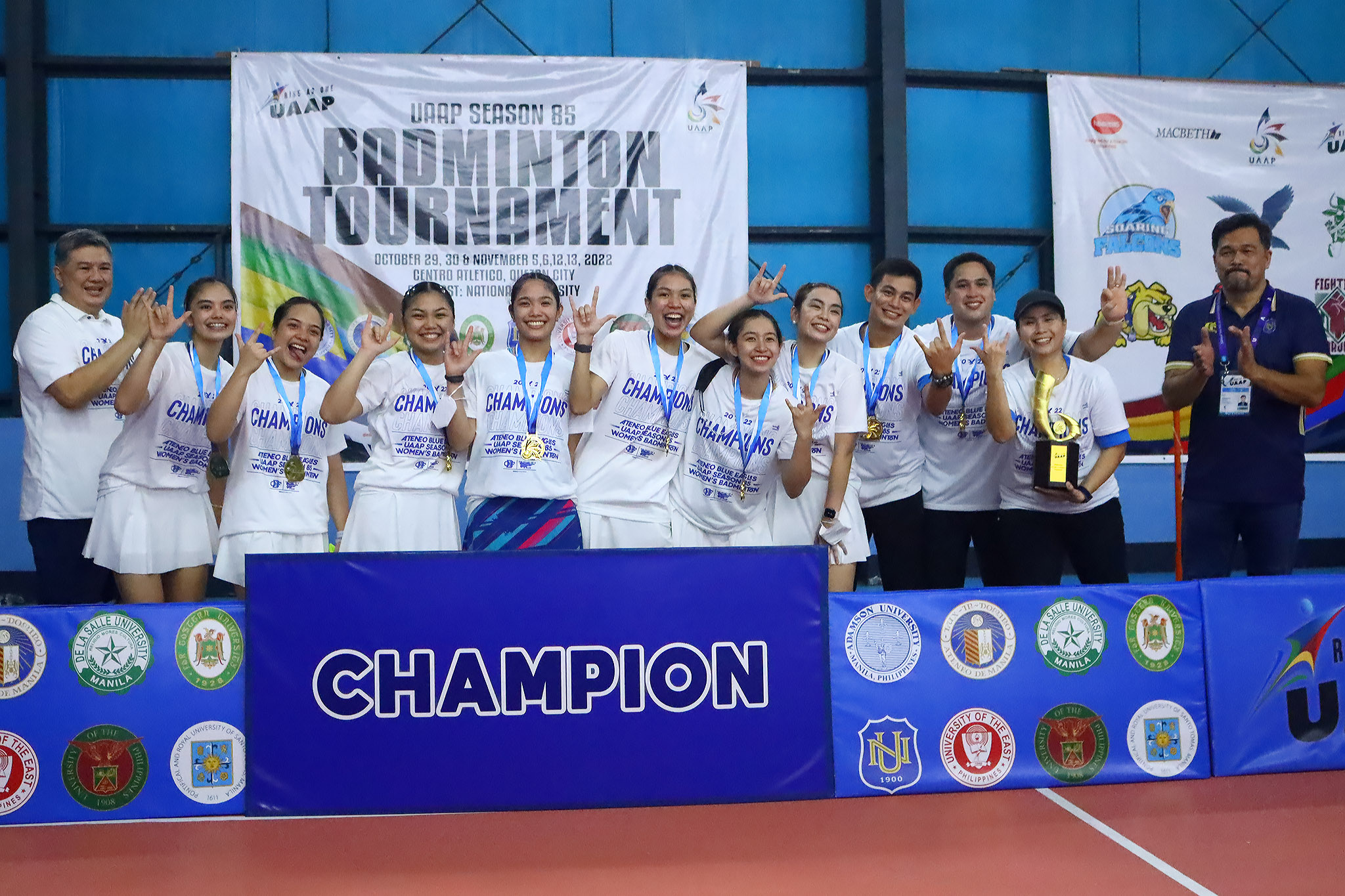 Chanelle Lunod steered Ateneo de Manila University for one last time, carrying the Blue Eagles to their third straight UAAP women’s badminton title after an epic 3-2 victory over University of the Philippines, Sunday at the Centro Atletico Badminton Center in Cubao, Quezon City.

The graduating shuttler stopped fellow senior Lea Inlayo in the third and final singles match, 22-20, 20-22, 21-18, to give the Blue Eagles their sixth title in the event and the first championship for the university this season. 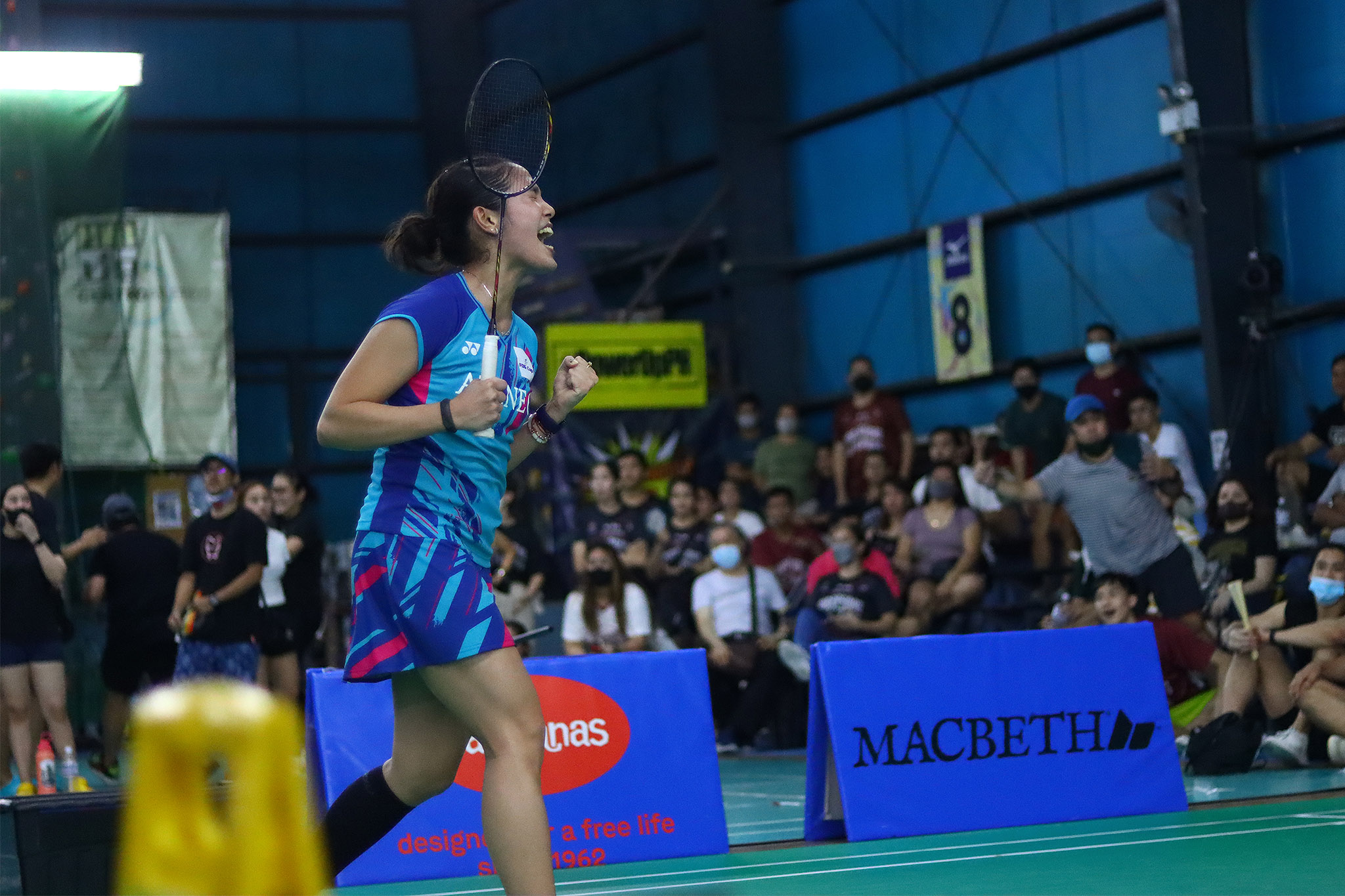 “We’re super happy because we know that this season will be difficult. We expected UP to be a strong team and alam naming it can go either way, so super happy talaga,” Ateneo head coach Kennie Asuncion-Robles said as UP ruled the Smart Intercollegiate Badminton Tournament just a month ago.

Ateneo captain Mika De Guzman put her squad up to a 1-0 lead after a solid win over Susmita Ramos, 21-7, 21-14, in the first singles match. Ramos found her groove in the second game to keep in step with De Guzman, but the Blue Eagles skipper eventually regained her bearings late in that frame for the advantage.

Rookie Anthea Gonzalez leveled the tie in the second singles match with a clinical work of Jochelle Alvarez, 21-15, 21-15. The UP newbie pulled off big leads and despite some runs from Alvarez, eventually closed the games and the match on her own terms on offense.

National doubles stalwarts Inlayo and Susmita Ramos then made it a 2-1 advantage for the Fighting Maroons after a solid victory past Lunod and De Guzman, 21-16, 21-11, in the first doubles match. Ateneo’s Alvarez and Missy Cervantes, though, found a way to break down Gonzalez and Andrea Abalos in the following doubles match, 21-7, 17-21, 21-12, to force the deciding match.

The effort saw Lunod collect her third straight Most Valuable Player award, sharing it this time with her captain De Guzman. 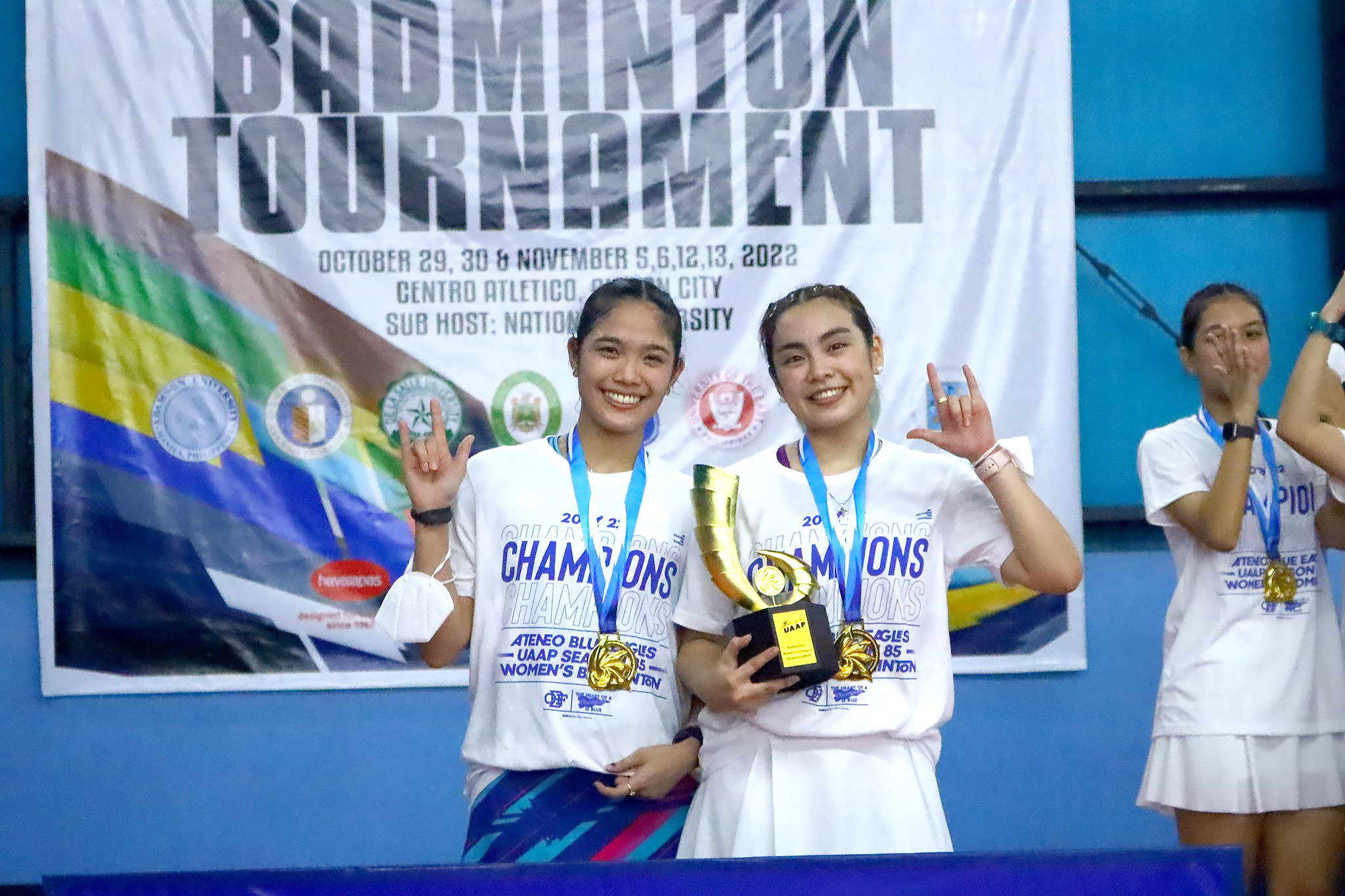 “Yung last game, sobrang anybody’s game, I wasn’t really expecting, although I wanted to win. So ayun, sobrang shaky, sobrang close fight, and I was happy to deliver,” Lunod said.

On the other hand, National University bagged its second consecutive bronze trophy after seniors Jeya Pinlac and Gwyneth Desacola closed the tie, 21-10, 17-21, 21-16, in the second doubles match for a 3-1 win over De La Salle University.