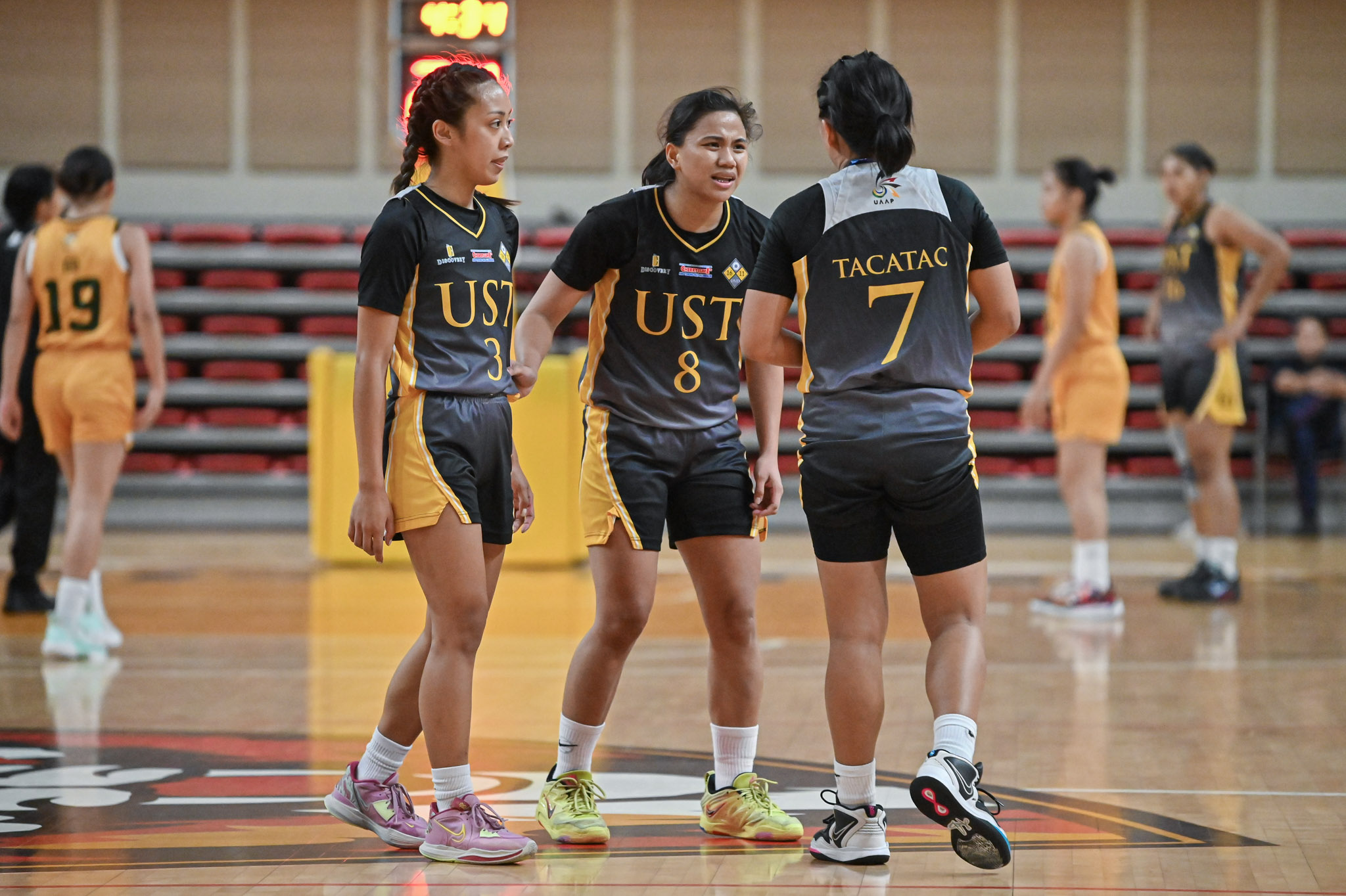 University of Santo Tomas kept its hopes for a playoff incentive alive with a 77-65 win over Far Eastern University in the UAAP Season 85 Women’s Basketball Tournament, Saturday, at the UST Quadricentennial Pavilion.

The Growling Tigresses finished the elimination round in third place with an 11-3 record on the back of a two-game winning streak.

They need University of the East to stun De La Salle University later this afternoon to force a virtual best-of-three series against the latter in the Final Four.

“Wala munang bakasyon. Tomorrow we’ll still have our practice and viewing for the La Salle game,” said Growling Tigress head coach Haydee Ong. “Whether if La Salle loses – but I doubt – against UE diba? We need to play La Salle twice to be in the finals. We have to be ready for them.”

Up by only four points entering the final period, the likes of Agatha Bron, Eka Soriano, and Tacky Tacatac combined to hand UST a commanding 74-59 cushion away from Adamson with only 2:00 remaining in the contest.

“What I told them lang nung halftime was that kulang kami sa effort on our defense,” said Ong. “The energy that we wanted sana sa mga previous games namin, sabi ko lang they have to duplicate it para mas ma-intensify namin and to make FEU commit a lot of turnovers that we can convert sa easy baskets namin. That’s what we did coming into the third quarter and fourth quarter.”

Rocel Dionisio led the Espana school with 15 points and 13 rebounds while Soriano had 14 points, seven rebounds, four assists, and one block.

#ReadMore  Team Lakay, Vera going all out in support of Sangalang

Tacatac got 10 points, seven rebounds, six assists, four steals, and one block for the Growling Tigresses. Bron was able to contribute 10 points, three rebounds, and one steal as well.

On the other hand, FEU ended the season in seventh place with a 3-11 record behind six straight defeats.