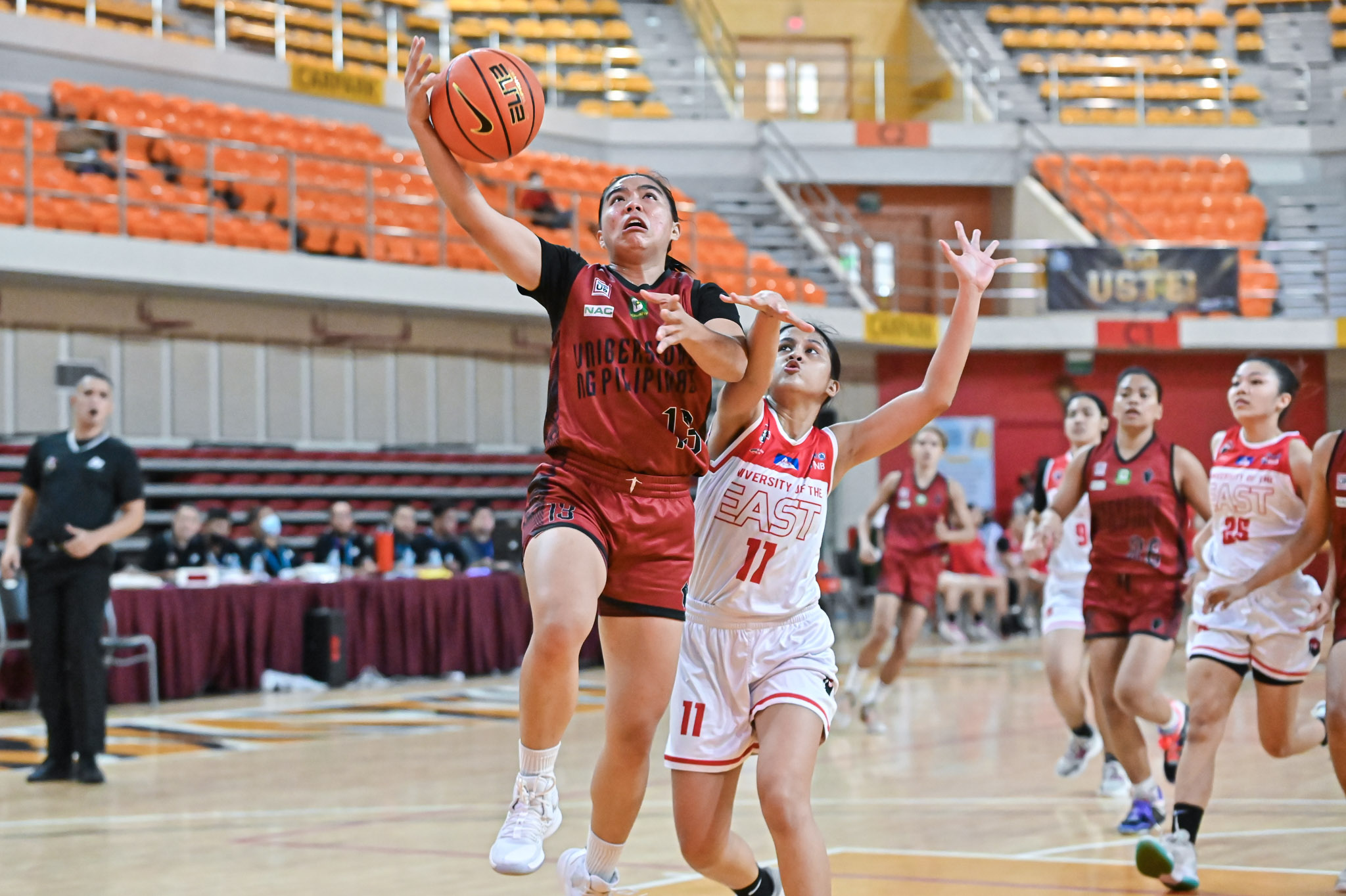 University of the Philippines stayed alive in the playoff race in the UAAP Season 85 Women’s Basketball Tournament while ending University of the East’s chances after taking a wire-to-wire 67-32 win, Sunday at the UST Quadricentennial Pavilion.

The Fighting Maroons raised their slate to 4-6 to remain in fifth place while the Lady Warriors dropped to 0-10, falling out of Final Four contention.

UP’s defense was showcased all throughout the contest.

The Fighting Maroons forced the Lady Warriors to commit 38 turnovers, which then led to 26 points. State U also tallied 25 steals in the game compared to UE’s 11.

State U led throughout the contest their separation went as high as 35 points thanks to a Roxanne Lara three with 48.4 seconds left in the contest.

“We’re just focusing on winning all the remaining games so that may opportunity kami so that if our opponents will falter, then may chance kami makapasok sa Final Four,” continued Ramos.

Justine Domingo led UP with 15 points while Cindi Gonzales produced 12 points and 13 rebounds. Shanina Tapawan also contributed 11 rebounds to the Fighting Maroons’ cause.

No Lady Warrior scored in double-figures.

Kamba Kone and Claire Sajol got eight points each with the former also grabbing 11 rebounds. Joyce Terrinal had 11 rebounds to go along with her seven points.

Both schools will return to action next Sunday at the same venue. UE goes up against National University at 11:00 AM while UP will take on Far Eastern University at 1:00 PM.