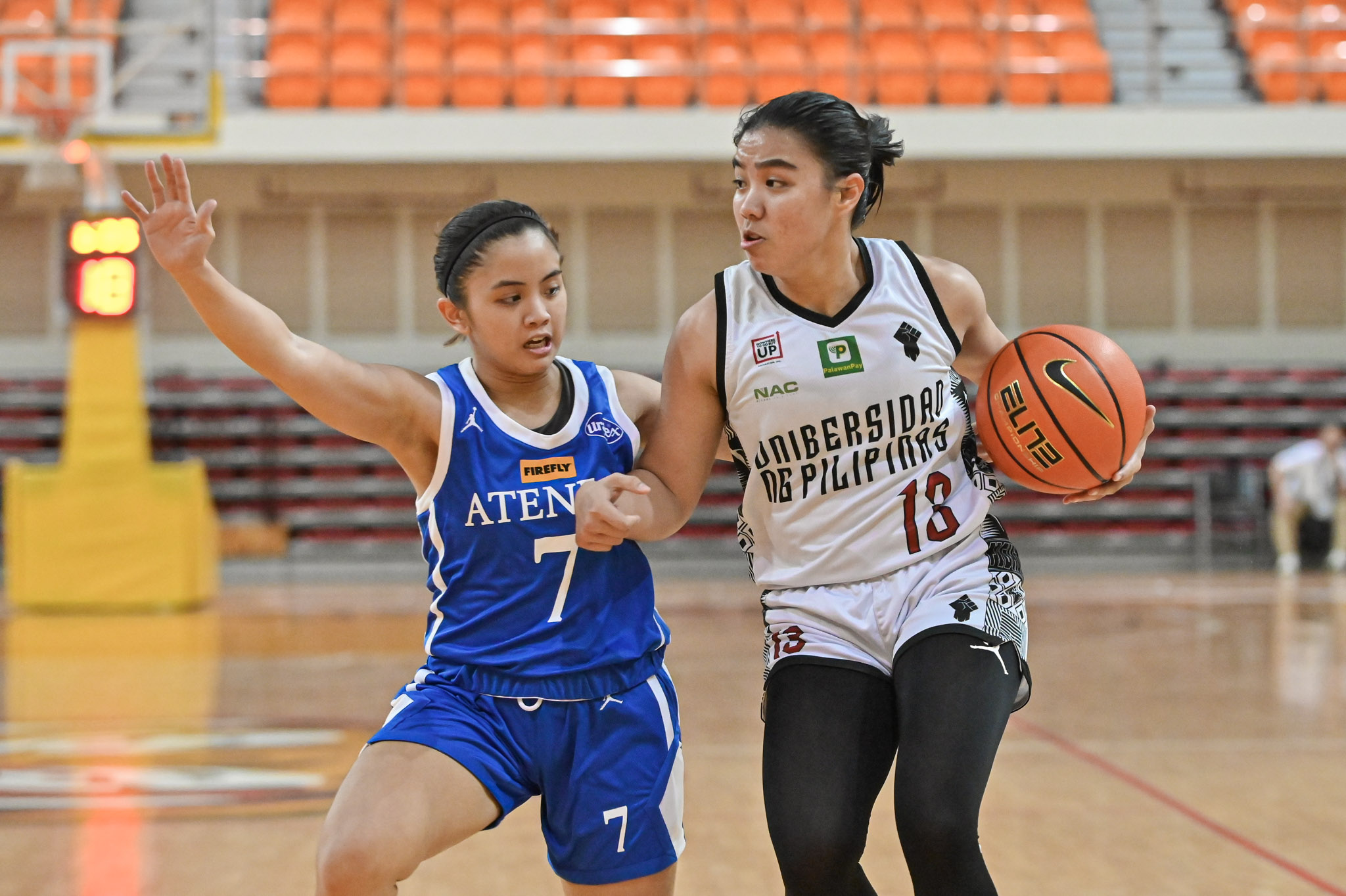 University of the Philippines ended its campaign on a high note with an 84-57 win over Ateneo de Manila University in the UAAP Season 85 Women’s Basketball Tournament, Saturday at the UST Quadricentennial Pavilion.

UP snapped a two-game losing streak and finished its season with a 6-8 record in fifth place.

“We’re just so happy that the players and the whole team feel this way at the end of our last game sa season namin,” said UP coach Paul Ramos. “They deserve this win. They proved a lot of things for themselves.”

After a close first half, the Fighting Maroons blew the game wide open in the third quarter as Christie Bariquit’s stab gave them a 59-38 cushion with 1:11 to go in the period.

State U then led as much as 80-50 with 3;27 remaining in the game thanks to a free throw converted by Stifanny Larrosa after Ateneo coach LA Mumar was given a technical foul for continuous complaining.

Bariquit led UP with 20 points while Justine Domingo produced 16 points and 10 rebounds.

While the Fighting Maroons’ failed to make the postseason, they can take solace in the fact that they considerably improved from the 1-13 record they had back in Season 82.

“We feel bad that we fell short of our ultimate goal for this season, which is to get into the Final Four,” added Ramos. “But nonetheless, I’m still very proud of the whole team. It shows that there are a lot of good things ahead of us, particularly what we showed in this game. It’s a preview of hopefully our next seasons to come.”

UP forced Ateneo to commit 24 turnovers, which led to 20 points. The Fighting Maroons’ bench mob produced 50 points versus the Blue Eagles’ 16. State U also had 54 inside points while Ateneo only mustered 32.

On the other hand, Ateneo will enter the Final Four with a 7-7 record in fourth place and will face top seed National University, who will hold a twice-to-beat advantage.

The Blue Eagles were led by Kacey Dela Rosa who scored 17 points and seized five rebounds. She was followed by Sandra Villacruz who had nine points, three rebounds, and three assists.

Jhazmin Joson had seven points and six assists while LJ Miranda had eight rebounds for Ateneo.