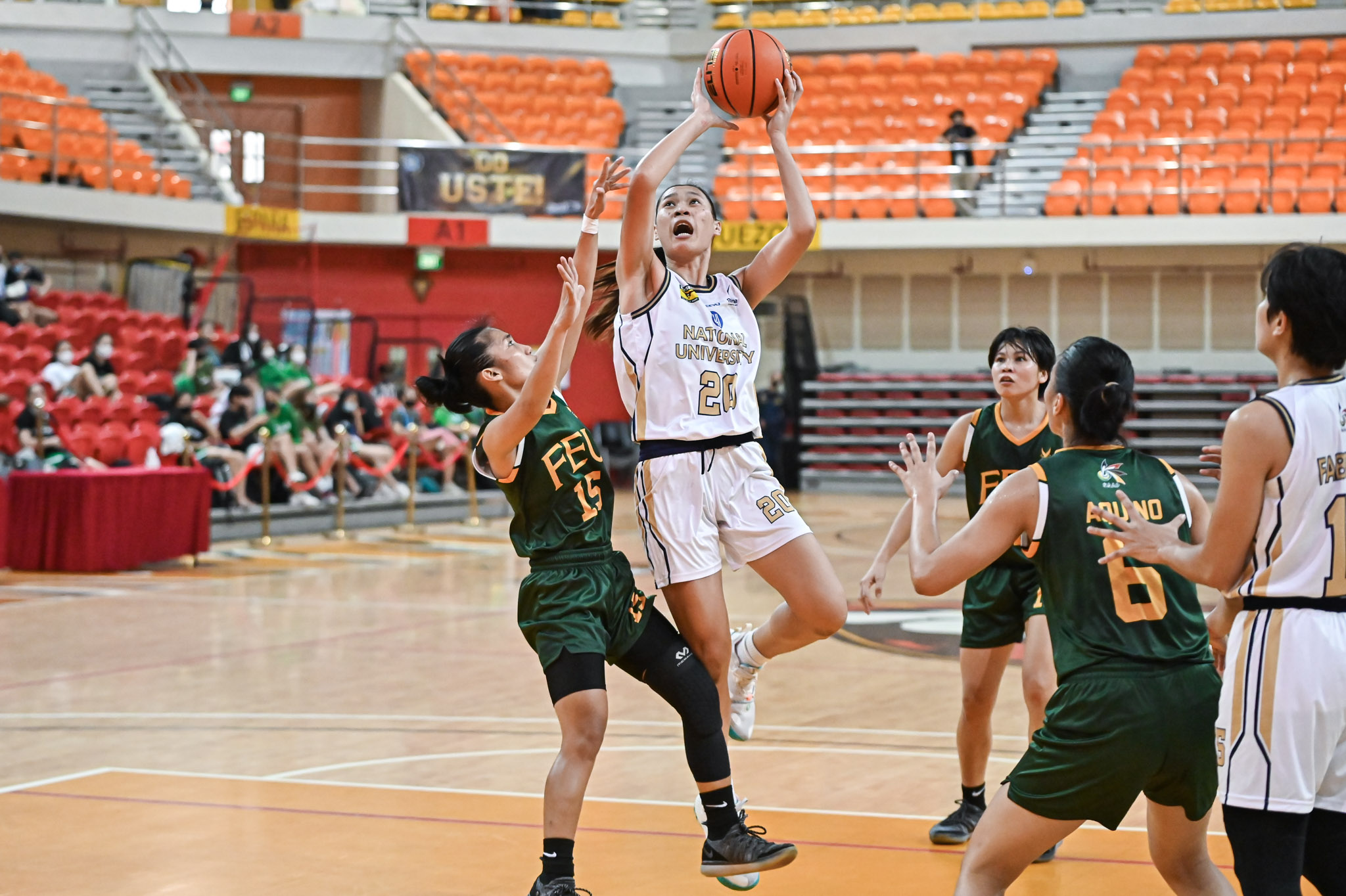 National University eased past a short-handed Far Eastern University team, taking an 80-53, to stay unblemished in 10 games in the UAAP Season 85 Women’s Basketball Tournament, Sunday at the UST Quadricentennial Pavilion.

NU coasted throughout the game and led by as much as 27 points with 11.3 seconds to go thanks to Gheralin Ico’s and-one play as the Lady Bulldogs executed a 13-0 run to end the game.

“I’m asking them to be consistent basketball players,” said Lady Bulldogs coach Aris Dimaunahan as they look to gain an outright ticket to the finals if they sweep the elims. “Hindi pwede you try to do too much when you’re leading. You should still play this game how it should be played from the start until the final buzzer.

“Hindi pwede somewhere along the way may mga players kami na susubok ng ganito here and there. We just cannot allow that. Buti na lang we had a cushion from the first quarter,” added Dimaunahan.

NU’s stingy defense paid dividends as it scored 21 points off turnovers compared to FEU’s four. The Lady Bulldogs also pounded the paint with 44 inside points to the Lady Tamaraws’ 18.

FEU fell to a 2-8 record and is just one loss away from elimination.

Camille Taguiam was the lone bright spot for FEU with 20 points, nine rebounds, and four steals.

Only 10 Lady Tamaraws played in the game.

Both schools will return to action next Sunday at the same venue.