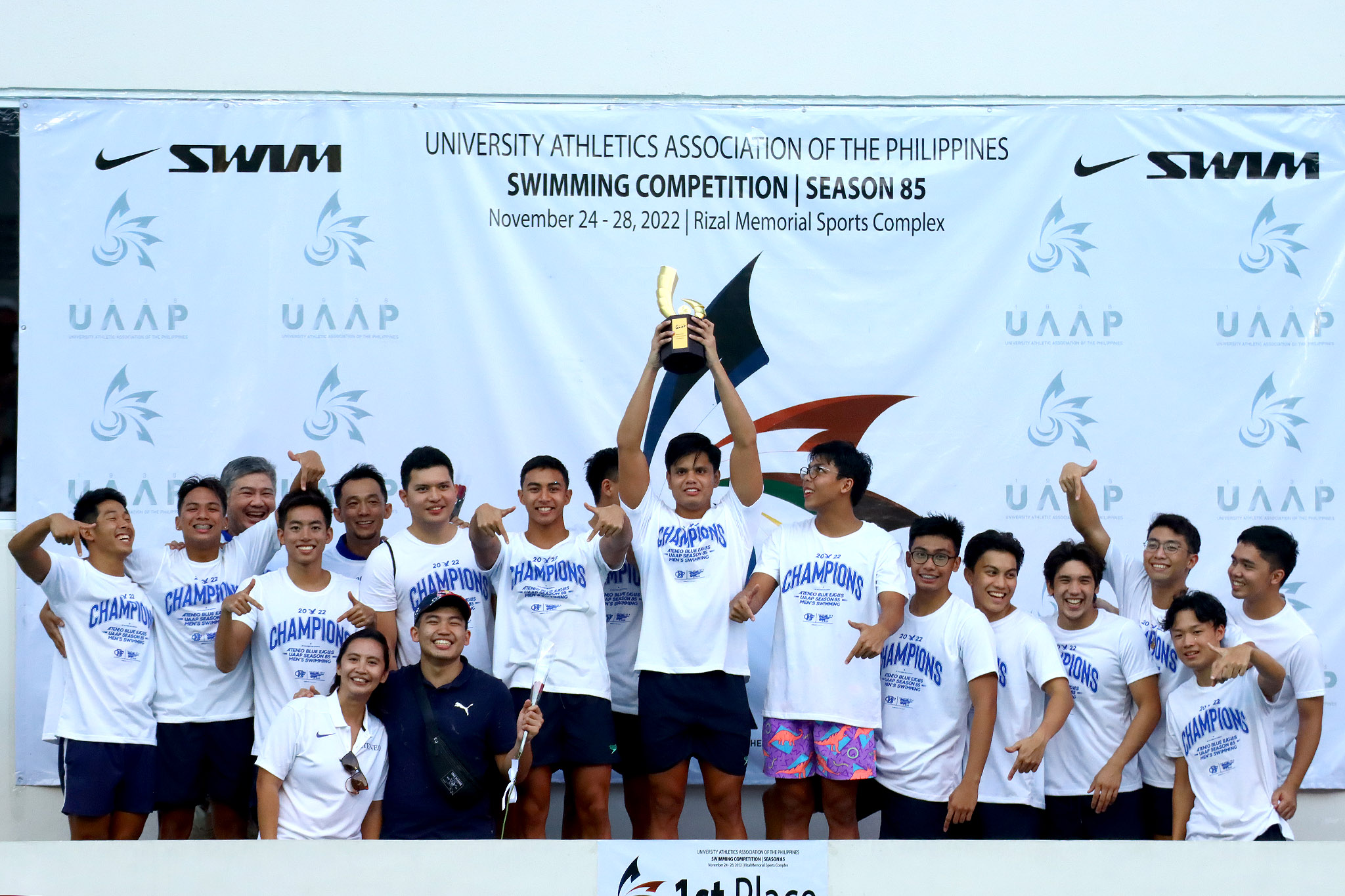 This championship is Ateneo’s second title of the season — and its eighth title overall — after collecting 411 points, 37 markers ahead of De La Salle University’s 374.

Barreto made a run in the ROY-MVP race and further boosted the Blue Eagles’ run. The rookie grabbed golds in the 50-m backstroke with 27.49 and in the 50-m freestyle with 24.06.

“I was very happy and proud. Kasi coming from the pandemic, a lot of uncertainties talaga not just for us, I’m sure for others din,” Ateneo swimming program director Archie Lim.

“But ‘yun nga, I think it’s the spirit of positiveness, and then they really performed and really give their all. ‘Yun lang hiningi ko — the championship is just a bonus for us,” Lim continued.