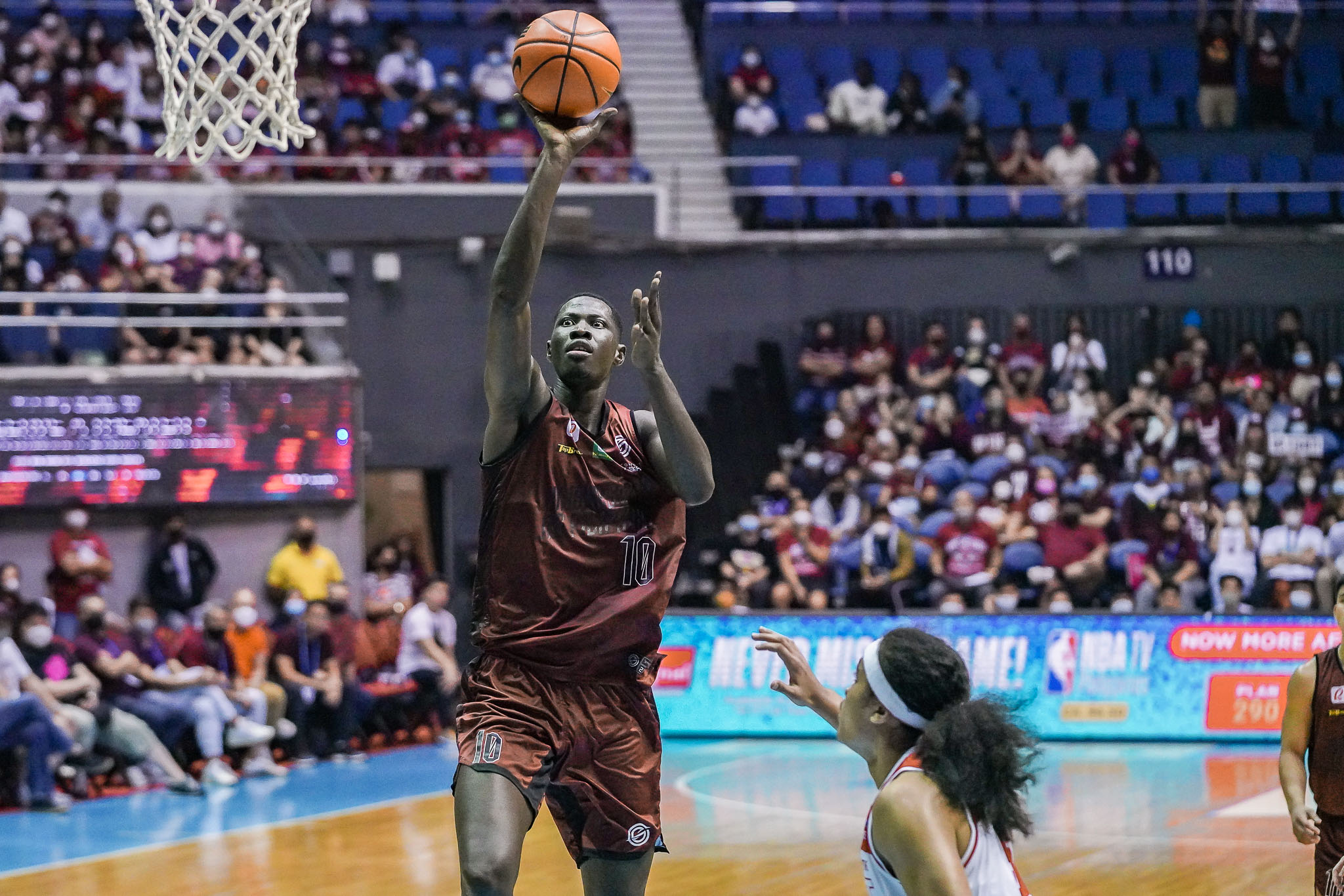 University of the Philippines withstood University of the East’s late rally to win 83-69 and seal a playoff spot in the second round of the UAAP Season 85 Men’s Basketball Tournament, Saturday, at the Smart Araneta Coliseum in Quezon City.

With a 9-1 slate, the Fighting Maroons have clinched at least a playoff spot. This time, they needed to fend off a Red Warriors team trying to gain as many wins as possible.

The Fighting Maroons were leading by as much as 32-14 off of a Cyril Gonzales three in the 1:22 mark of the first quarter. But they saw their lead trimmed down to just 64-71 thanks to a Gani Stevens basket with 4:02 remaining in the contest.

However, a 10-0 run behind baskets by Zav Lucero, Malick Diouf, and Cyril Gonzales increased State U’s separation to 81-64 with 1:07 to go as UP sealed win no.9.

“We started well. We moved the ball well, especially in the first quarter. Yun lang, towards the second quarter, we just need to learn to sustain what we started,” said UP coach Goldwin Monteverde.

Terrence Fortea and Harold Alarcon also contributed 10 points each for the Fighting Maroons.

In contrast, Carl Tamayo had zero points behind zero-out-of-four shooting, three rebounds, and four turnovers in close to 13 minutes of action.

The Fighting Maroons’ bench mob made a big difference by producing 44 points against the Red Warriors’ 19. UP also had 37 defensive rebounds compared to UE’s 18.

UE fell to a 4-6 record, going down to seventh.

Luis Villegas had 10 points as well for the Red Warriors.

Both teams will return to action on Thursday (November 17, 2022) after the FIBA break. UE goes up against National University at 1:00 PM, while State U shall take on Far Eastern University afterwards at 4:30 PM.