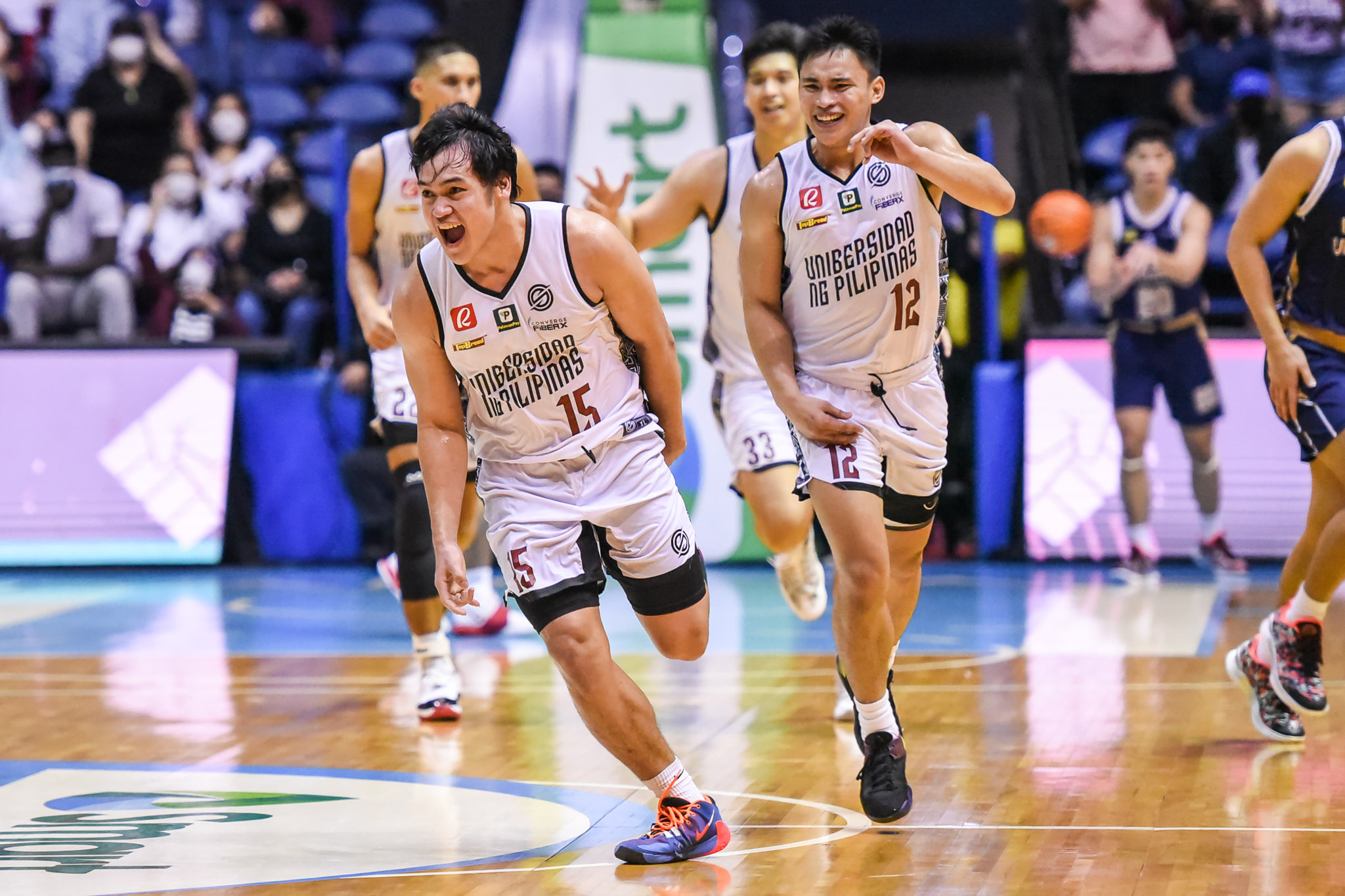 Revenge was sweet for University of the Philippines. It avenged the only loss on its record with a 75-63 win over National University in the second round of the UAAP Season 85 Men’s Basketball Tournament, Sunday, at the Smart Araneta Coliseum in Quezon City.

UP extended its winning streak to four games to improve its record to 7-1, in first place. On the other hand, NU fell to a 5-3 record.

And the Fighting Maroons needed to stave off the Bulldogs late to avoid a repeat of their 75-80 loss last October 12.

Down 62-63 off an and-one play by PJ Palacielo at the 4:33 mark of the final period, the Fighting Maroons went on a 13-0 assault. Carl Tamayo’s two jumpers and Cyril Gonzales’ heater helped redeem themselves from their first-round loss against the Bulldogs.

Gonzales scored 15 points – 12 of which came in the fourth quarter – while Tamayo contributed eight points and six rebounds.

UP was led by Zav Lucero, who produced 16 points, five assists, four rebounds, two steals, and one block. Meanwhile, James Spencer had 11 points for the Fighting Maroons.

State U’s defense proved essential in its victory as it forced NU to concede 26 turnovers, which yielded 19 points. The Fighting Maroons also moved the ball better with 26 assists compared to the Bulldogs’ 14.

On the other hand, Michael Malonzo and Steve Nash Enriquez led NU with 12 and 11 points respectively.

The two teams will return to action on Wednesday at the SM Mall of Asia Arena in Pasay City.