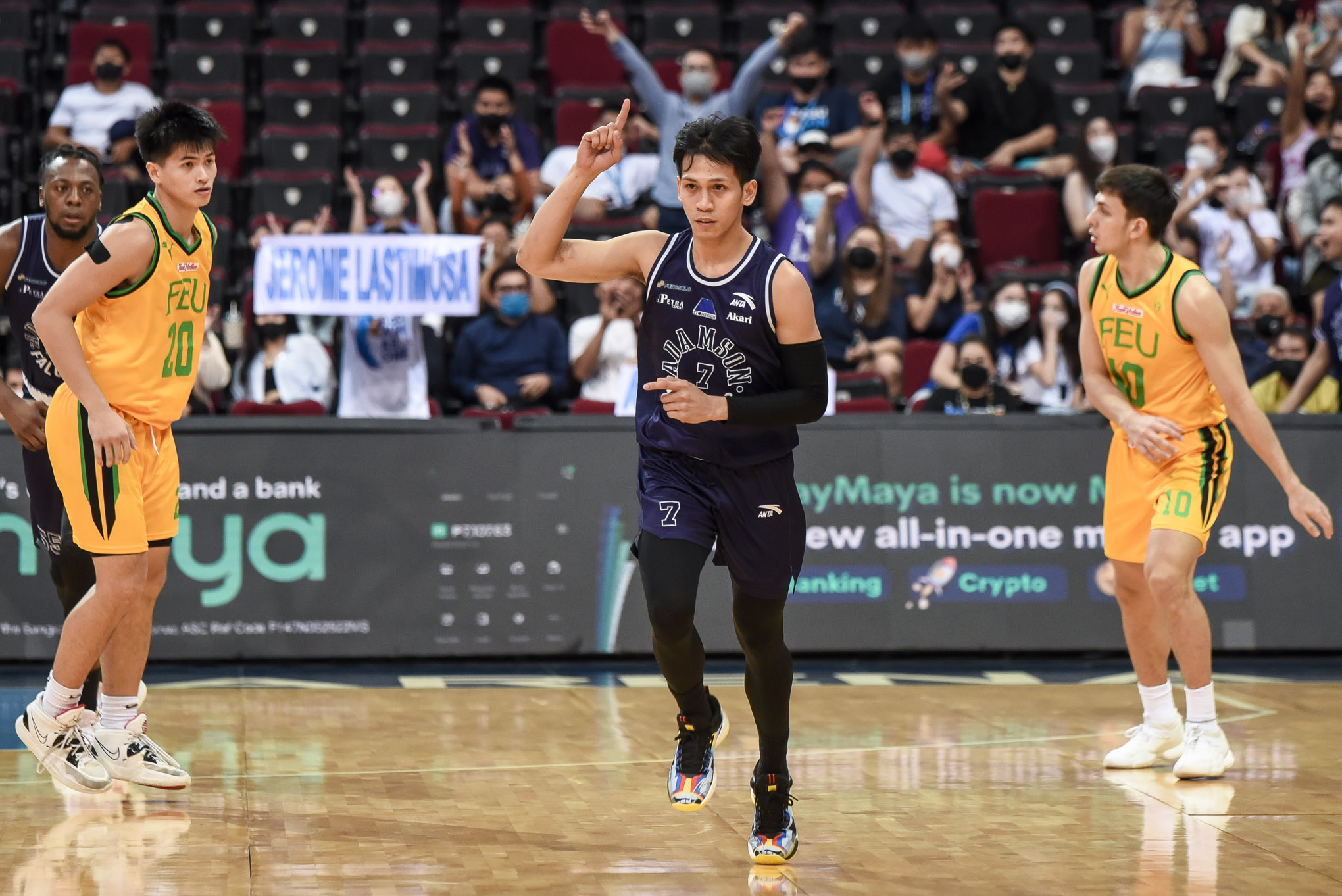 Jerom Lastimosa put on a show as Adamson University boosted its Final Four chances while eliminating Far Eastern University, 75-70, in the UAAP Season 85 men’s basketball tournament at the SM Mall of Asia Arena on Wednesday.

Bryan Sajonia’s three-pointer with 1:31 left in the game pulled the Tamaraws within five, 64-69.

But Lastimosa and Joem Sabandal kept the Soaring Falcons afloat with their conversions from the free throw line while FEU missed the important shots down the stretch.

“It’s nice again to put ourselves in a good position. At least we were able to control things that we can control. Buhay pa rin. Buhay pa rin kami,” said Adamson coach Nash Racela.

The Tamaraws shot 0-of-16 from the field in the first quarter, seeing Adamson ran away 27-4, before Jorick Bautista and Patrick Sleat led the fightback to cut their deficit to just nine at the half, 30-39.

Lenda Douanga was 8-of-8 to end with 18 points and seven rebounds while Cedrick Manzano got 10 points and 13 rebounds.

Adamson kept in pace with De La Salle University at 6-6 for joint fourth while FEU dropped its fourth straight game at 4-9.

In effect, the 11-2 University of the Philippines is already assured of a twice-to-beat edge in the Final Four.

This is the first time the Tamaraws failed to clinch a Final Four spot since Season 75.

Adamson will next face National University on Saturday at Smart Araneta Coliseum while FEU will finish its campaign against University of Santo Tomas.