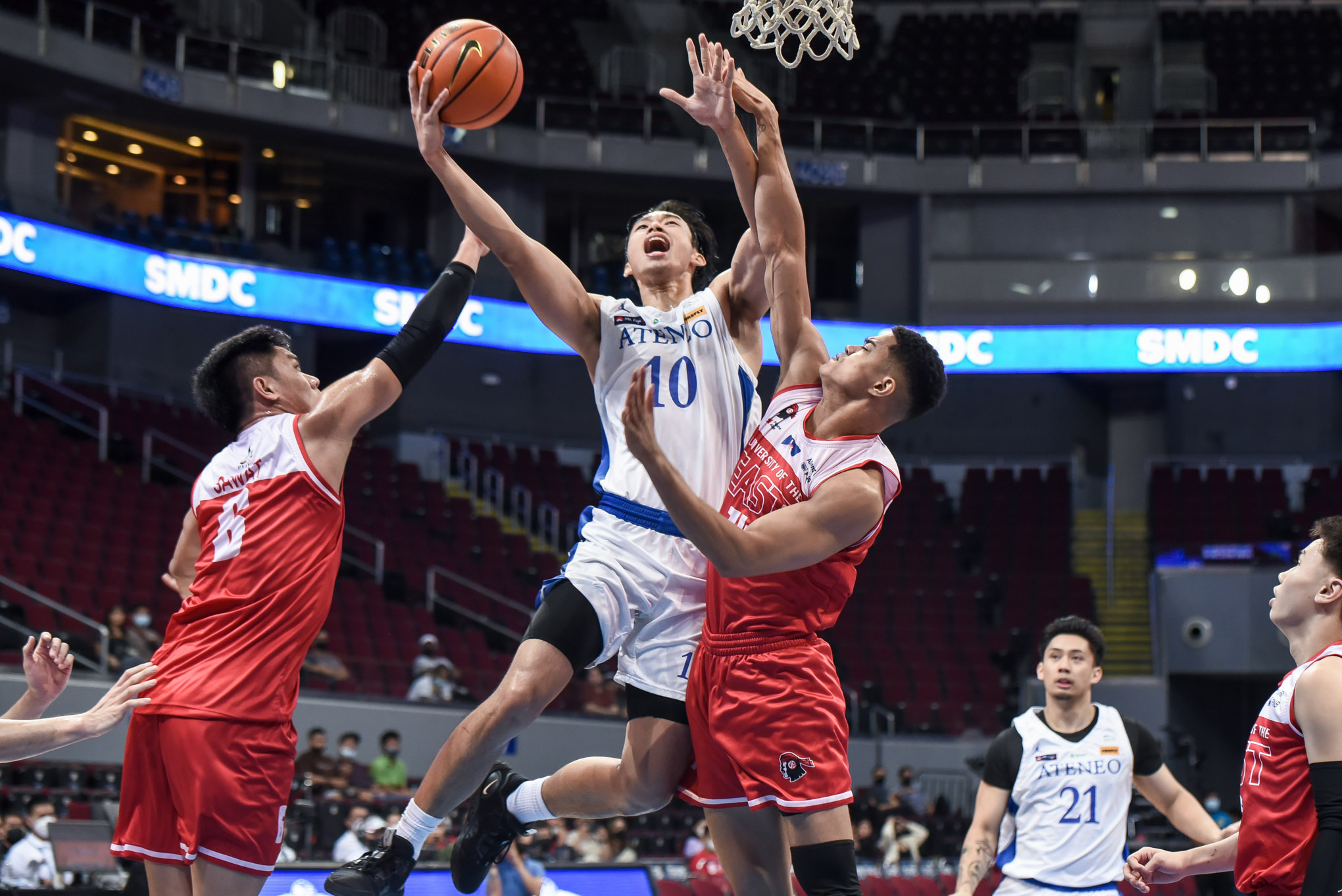 Ateneo de Manila University rallied late in overtime to boot out University of the East, 69-66, to clinch a Final Four spot in the UAAP Season 85 men’s basketball tournament at the SM Mall of Asia Arena on Wednesday.

Abdul Sawat made back-to-back baskets to open the extra period and give the Red Warriors a four-point cushion at the 3:16 mark, 66-62.

BJ Andrade made a free throw after UE’s bench was called for a technical foul before Ange Kouame buried two freebies of his own and drained a layup with 1:46 left to regain the lead, 67-66.

After empty possessions on both ends, the Red Warriors were forced to put Forthsky Padrigao on the line with 4.5 seconds to go, calmly making both.

With one last chance to send the game to second overtime, JM Tulabut attempted the triple but missed.

“Sometimes winning ugly is not necessarily the way you wanna win but it’s just as valuable in the standings and standings is extremely important right now,” said Ateneo coach Tab Baldwin.

Dave Ildefonso’s three-pointer with 43.3 ticks to go in the fourth frame knotted the match at 62 before UE failed to attempt a shot on the other end.

Padrigao tried to play the hero role and win the game for Ateneo but his trey was off the mark.

The Blue Eagles zoomed to their eighth consecutive Final Four appearance after their fourth straight win to improve to 9-3 at solo second.

Kai Ballungay had a perfect game for Ateneo, going 5-of-5 from the field and 4-of-4 from the line to end up with 14 points with seven rebounds.

On the other hand, the Red Warriors sank to 4-9 with just one game left in their schedule on Saturday against De La Salle University.

Ateneo will battle rival University of the Philippines at 6:30 pm later that day.