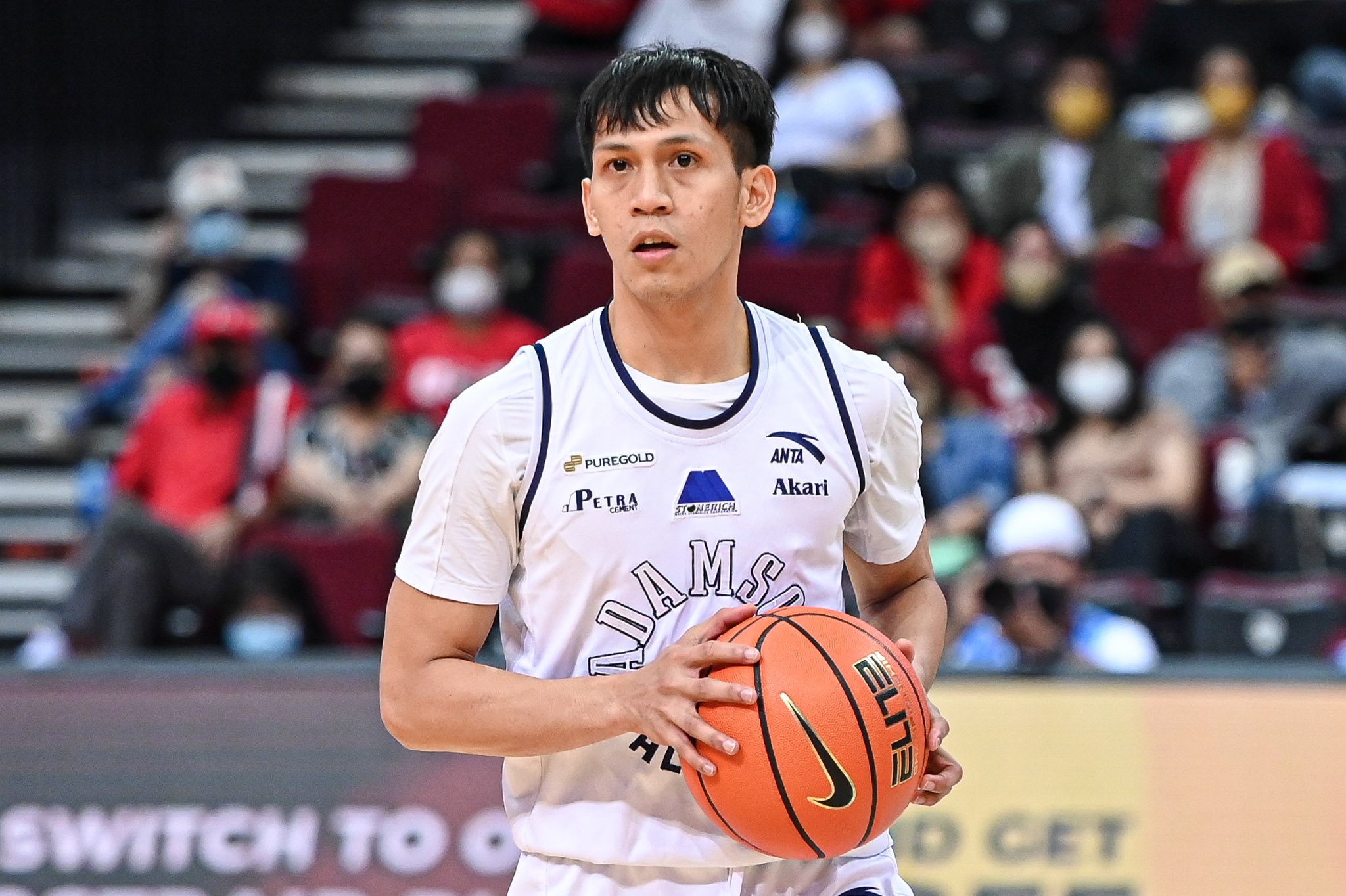 Jerom Lastimosa had a cameo as Adamson University blasted University of the East, 74-64, to improve to solo fourth in the UAAP Season 85 men’s basketball tournament at the SM Mall of Asia Arena, Sunday.

The Soaring Falcons leading scorer, who did not play in their past two games due to a foot injury, entered the court with 30.4 seconds left in the second period. He also played in the last 19 seconds of the game, netting two free throws.

Adamson used that huge second frame, capped by Ray Allen Torres’ triple with Lastimosa providing the hockey assist, to turn a 15-16 affair to a wide 42-23 advantage at the half. Joshua Yerro, Aaron Flowers, and Didat Hanapi also made conversions from deep in that 27-7 quarter.

With the Soaring Falcons ahead by 22 with 6:43 to go in the game, Gani Stevens sparked the Red Warriors’ fightback but it was too little, too late with his basket with 19.6 seconds left the closest they could get. 64-72.

“It’s the Jerom effect. Just seeing him suit up sa game, seeing him shoot around, warm up with the team, that really helps us,” said Adamson coach Nash Racela on their inspired performance.

Cedrick Manzano made a double-double of 11 points, 12 rebounds, and two blocks, while Joem Sabandal had 10 points.

UE was handed its third straight defeat to fall to 4-8, tied with Far Eastern University at sixth.

Adamson will return on Wednesday against Far Eastern University at 6:30 pm, while UE battles Ateneo de Manila University at 4:30 pm.