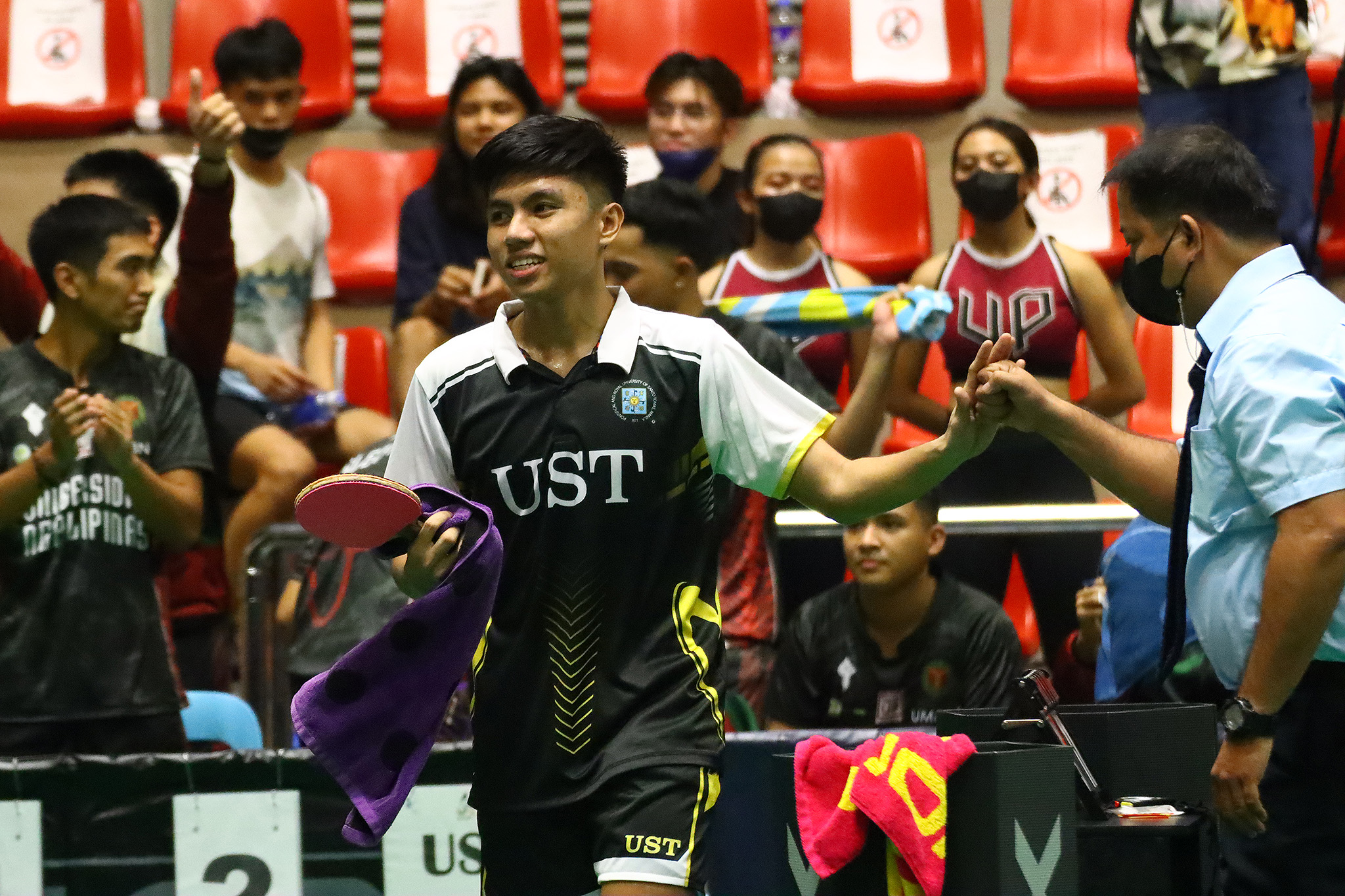 University of Santo Tomas leaned on the clutch experience of super senior Alvin Sevilla to subdue University of the Philippines, 3-1, to complete a three-tie romp on the first day of UAAP Season 85 men’s table tennis tournament, Sunday at the Makati Coliseum.

Meanwhile, De La Salle University and Far Eastern University grabbed the early lead on the women’s side as both carry 3-0 win-loss records.

The three-peat-seeking Tiger Paddlers also took care of University of the East and Ateneo de Manila University after an opening-tie bye and before defeating the Fighting Maroons.

The Blue Eagles stand at the second spot in the men’s division with a 3-1 win-loss record following wins over Adamson University, Far Eastern University, and University of the East against that lone defeat to UST.

The Soaring Falcons follow suit at 2-1, while the Fighting Maroons currently rounds the top four with 2-2.

The UST Lady Paddlers absorbed a 1-3 defeat from La Salle, while the Blue Eagles lost a close one against FEU at 2-3.

The first round of eliminations is set on Monday with UST looking to stay on course on the men’s side, while La Salle and FEU lock arms in the women’s.