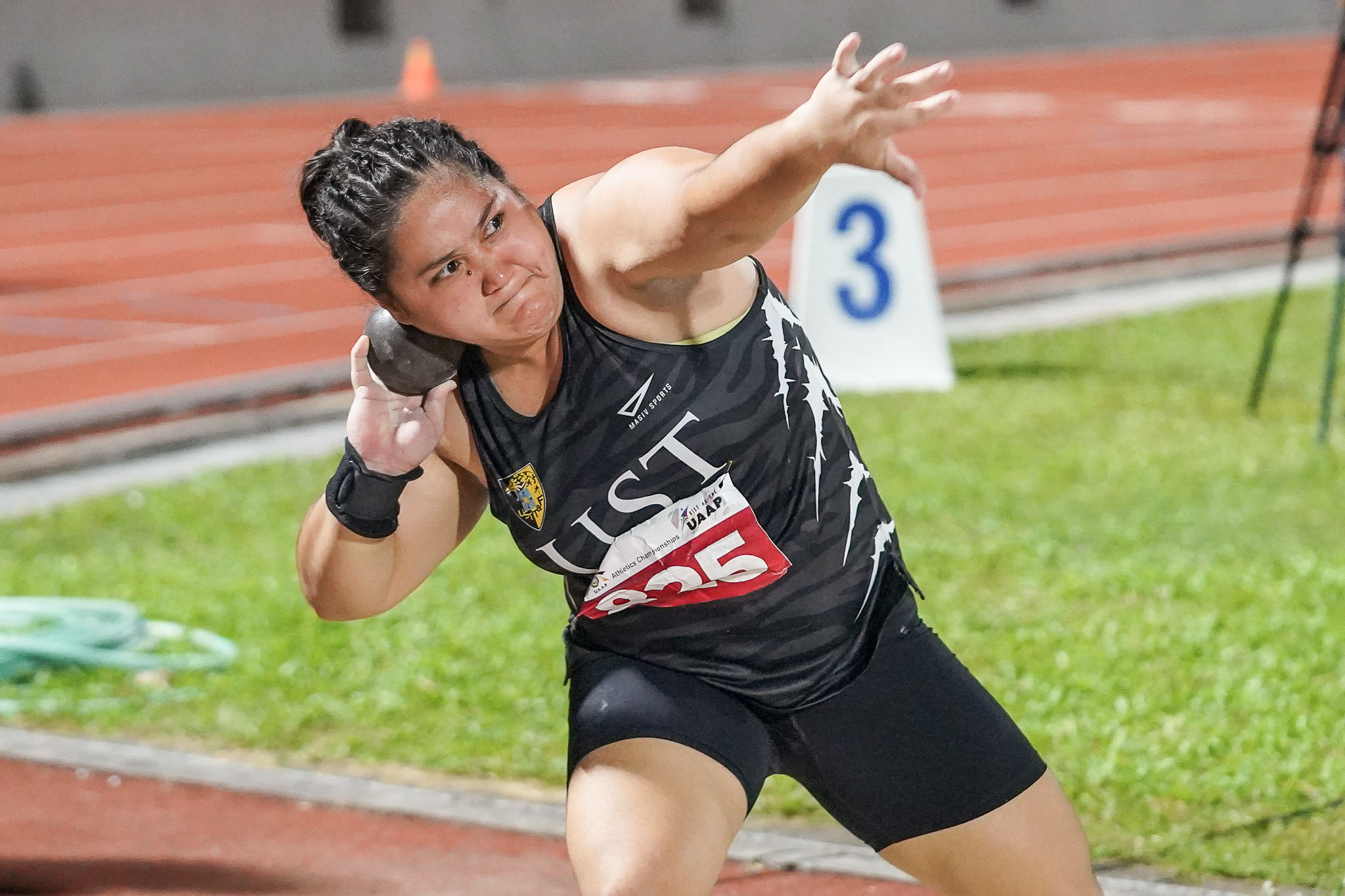 Fuelled by its 58 points in the day, the Female Tiger Tracksters zoomed into the lead with 258 markers, 12 clear of second-running De La Salle University’s 246.

On the men’s side, University of the Philippines inched closer to a back-to-back crown after ending the day with a huge 98-point advantage over the now second-placed National University, 309-211.

UST got its lone gold of the day in record fashion as Jamela De Asis won the shot put with a throw of 12.91 meters, breaking the previous 12.58m set by UE’s Kasandra Alcantara in Season 81. La Salle’s Daniella Daynata took the silver with 12.49m, while UST’s Efrelyn Democer bagged the bronze with 11.61.

Points from the other events, though, helped UST move into the lead. 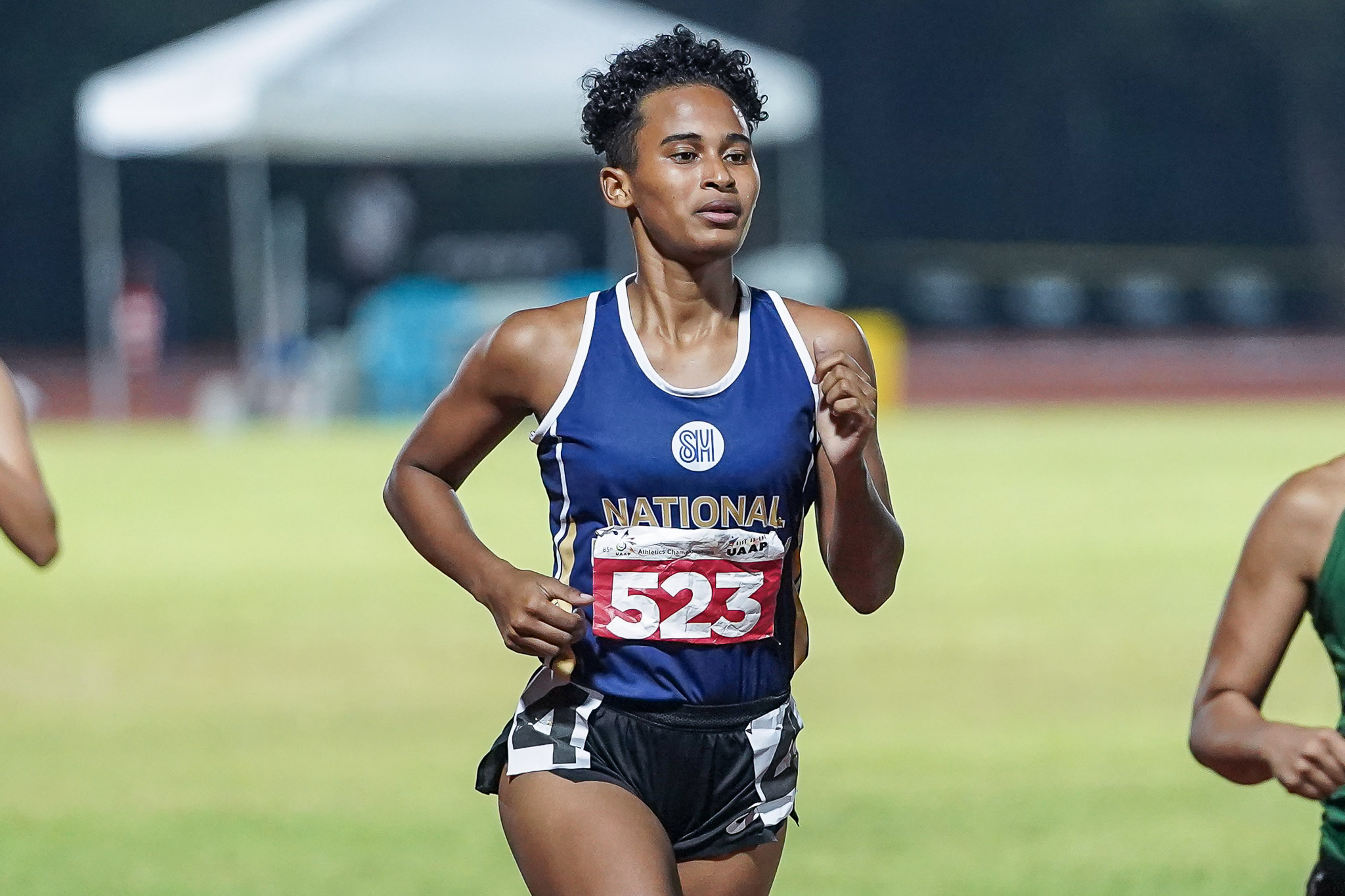 NU’s Alexie Caimoso dominated the heptathlon with 4603 points, but Princess Gonzales’ second-place finish with 3875 boosted the Tiger Tracksters’ campaign. Mecca Cortisano of UE completed the podium in the grueling seven-event contest with 3787. 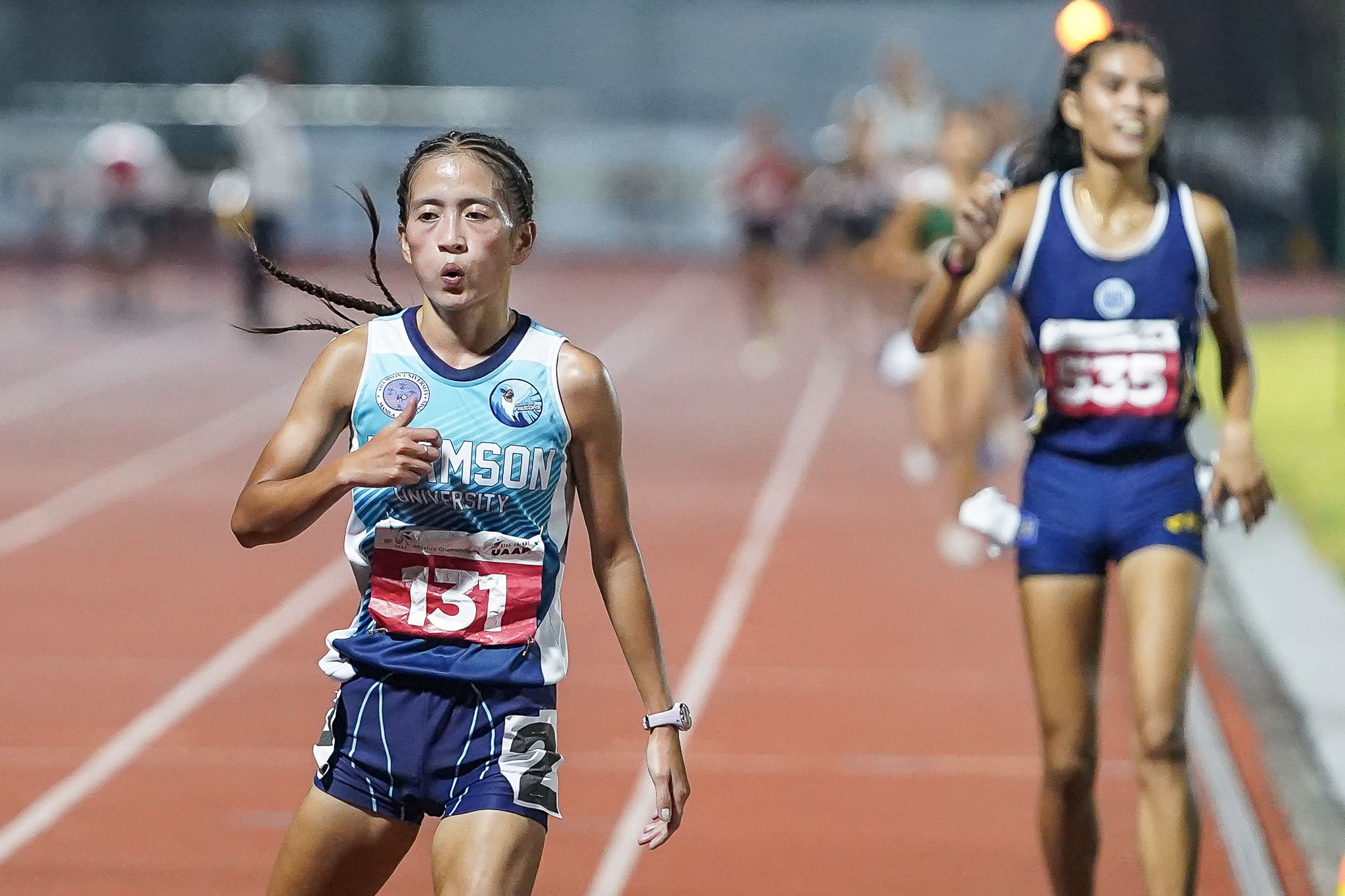 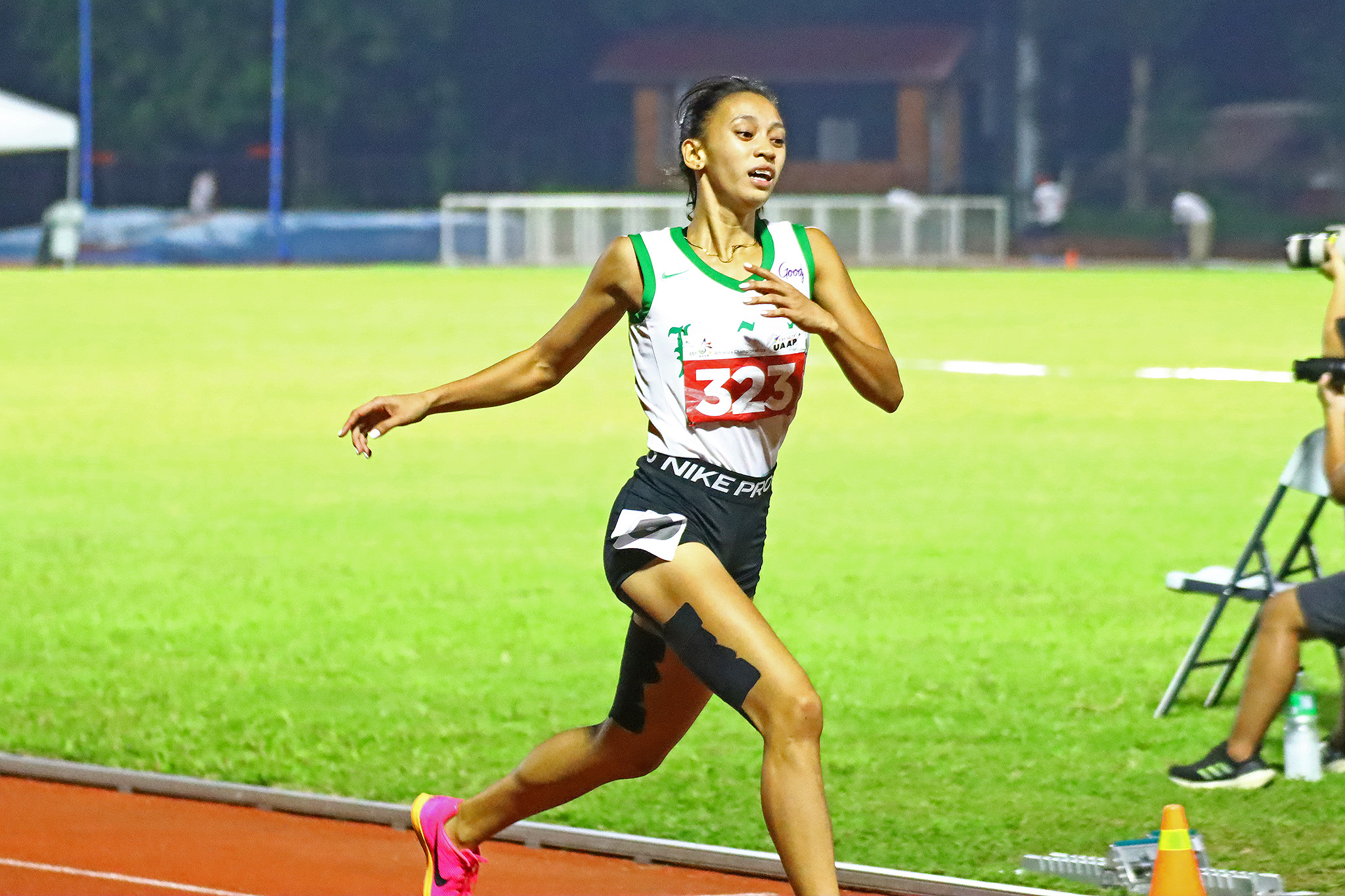 La Salle, meanwhile, kept its title bid alive with a gold in the 400m hurdles with Bernalyn Bejoy getting the title at 1:01.34. UP’s Riza Valiente finished second with 1:03.05 on a close finish against NU’s Lenlyn Sanita with 1:03.90.

UP kept its third-place spot with 149 markers, but NU is dangerously near to fourth with 132. 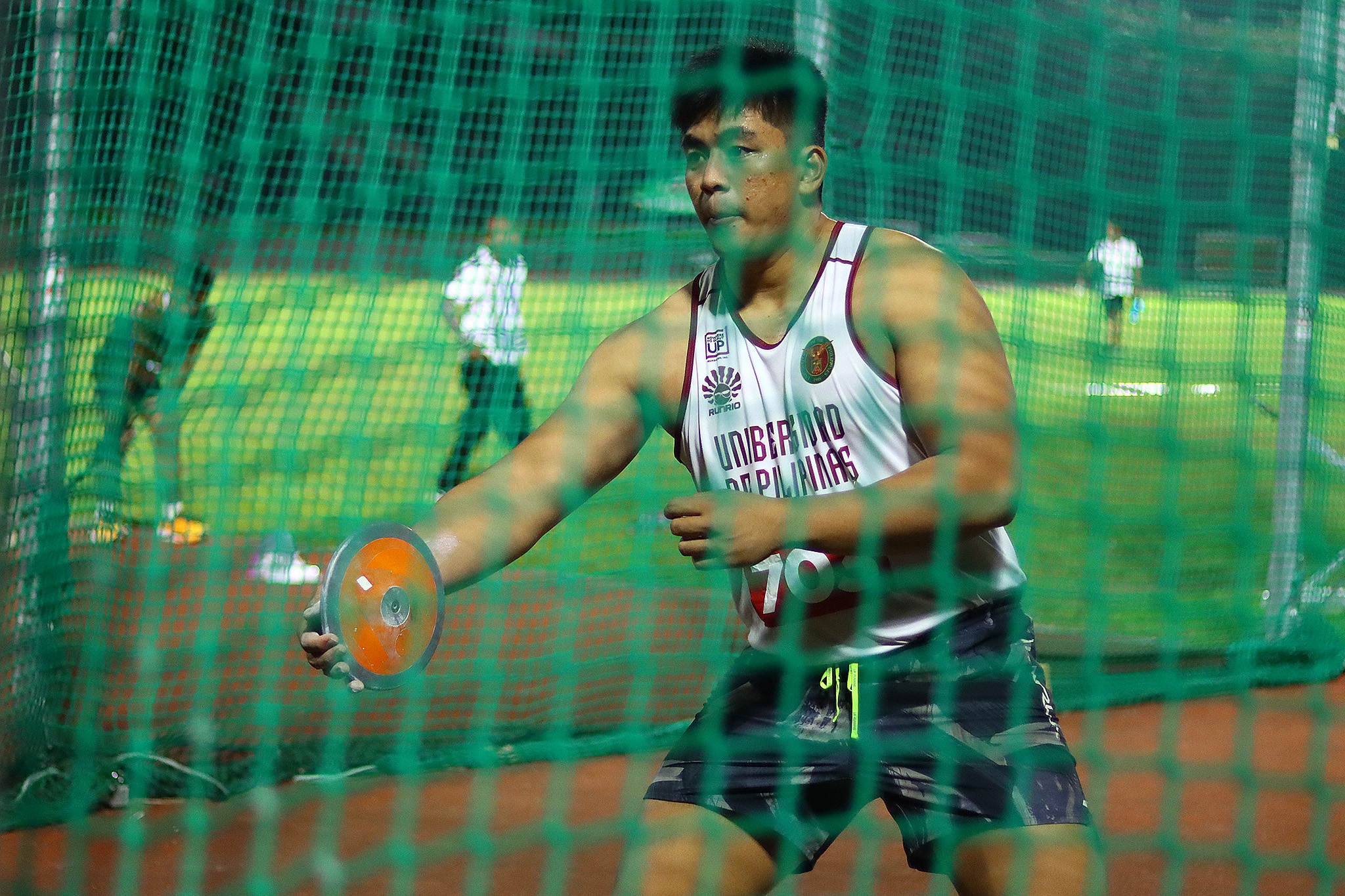 On the men’s side, Ed Delina grabbed the spotlight for the Fighting Maroons with a new record in the discus throw with 44.97m, one meter ahead of the 43.97m set by Philippine athletics great and former Ateneo stalwart Arniel Ferrera in Season 67. 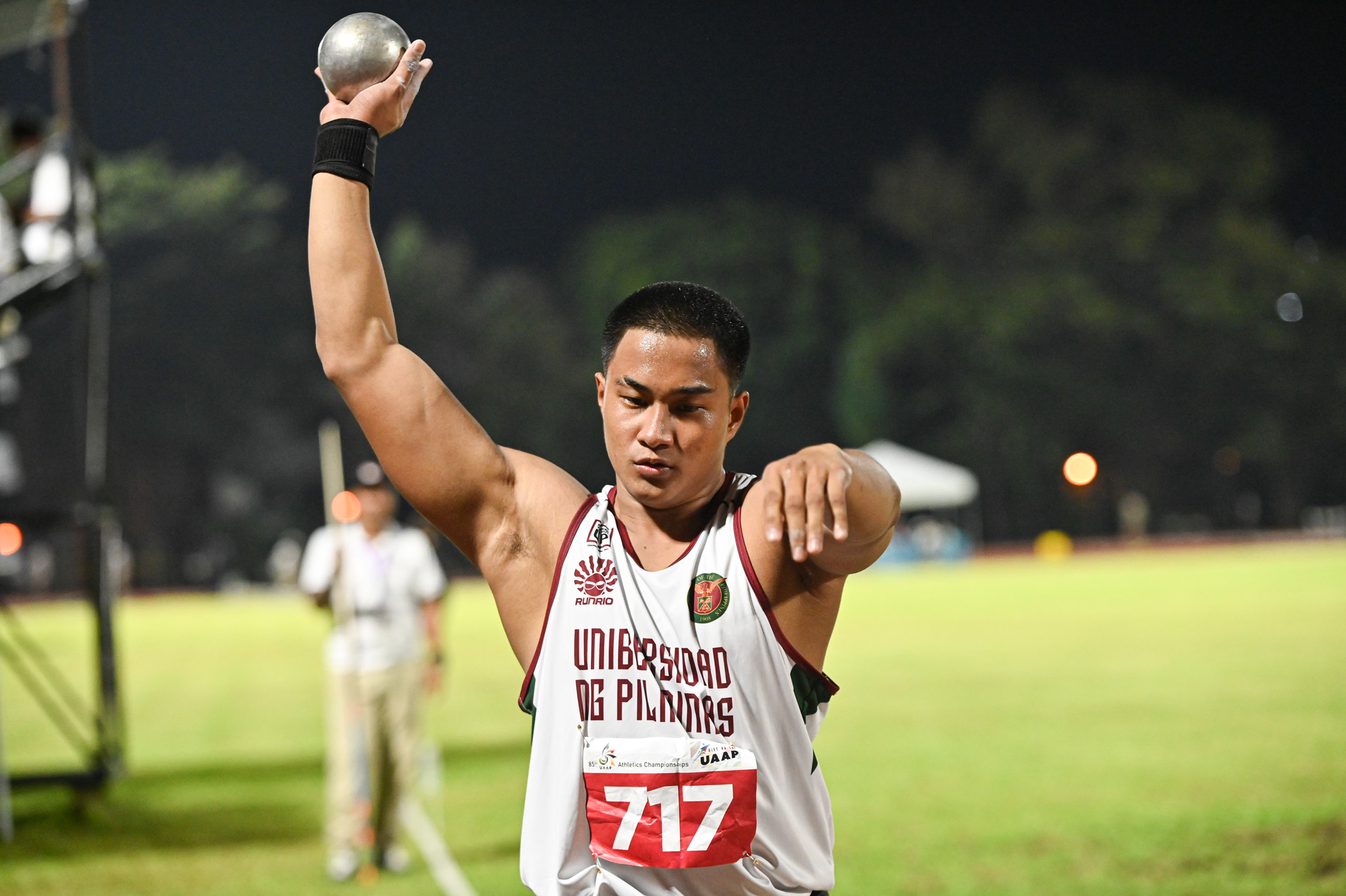 Rookie Neil Salvador made it a 1-2 finish for UP with a throw of 41.52, just a few centimeters away from Adamson’s Daniel Rambacal with 41.18.

Rhyan Labita made a case for the Most Valuable Player plum after capturing his fourth individual gold in the 400m hurdles with 54.18s. Tochukwu Okolo of FEU and Van Alexander Obejas of NU completed the podium with 54.71 and 54.94, respectively.

The Bulldogs made their move up to the second spot with the high jump and 1500m title. 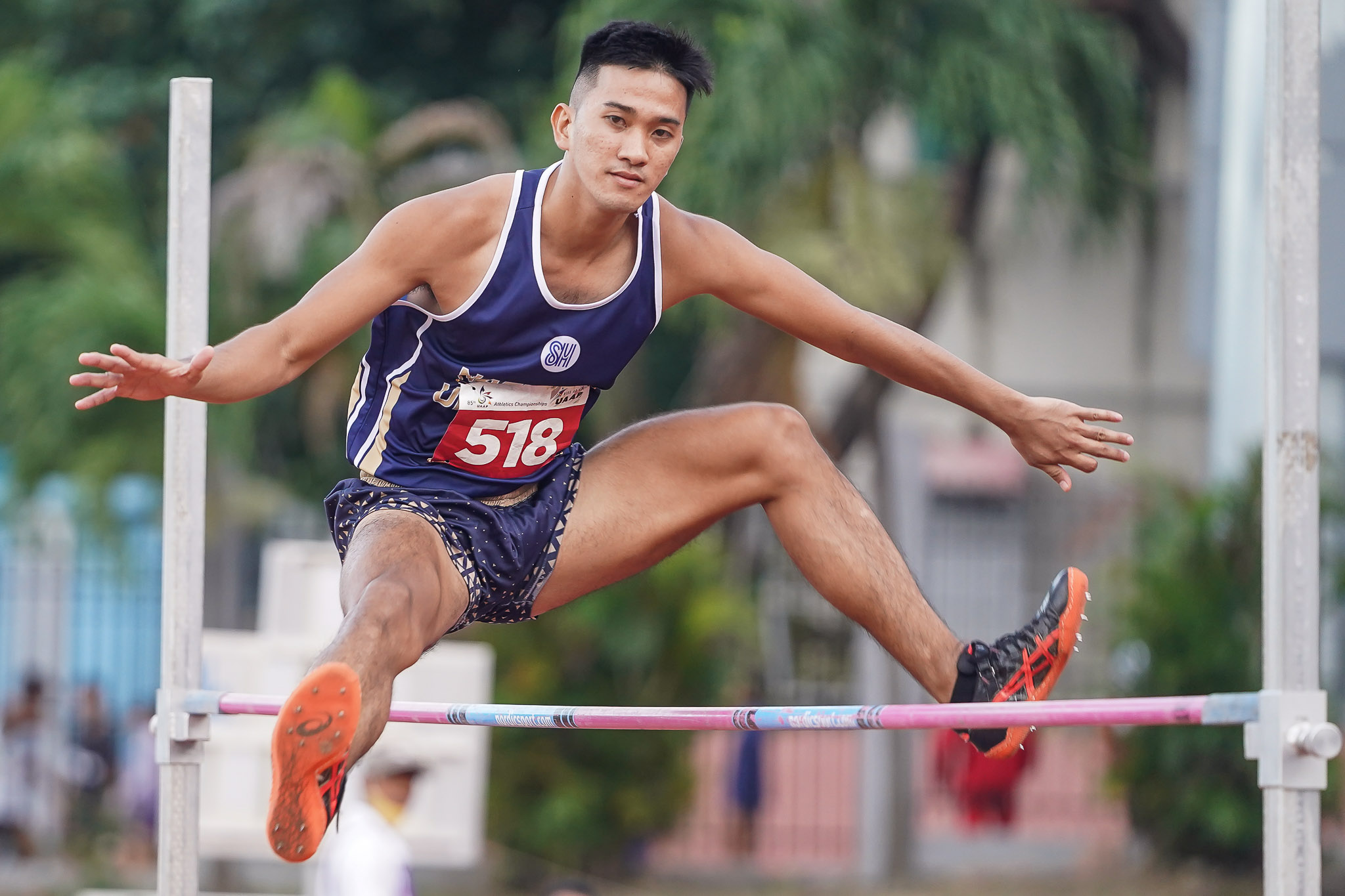 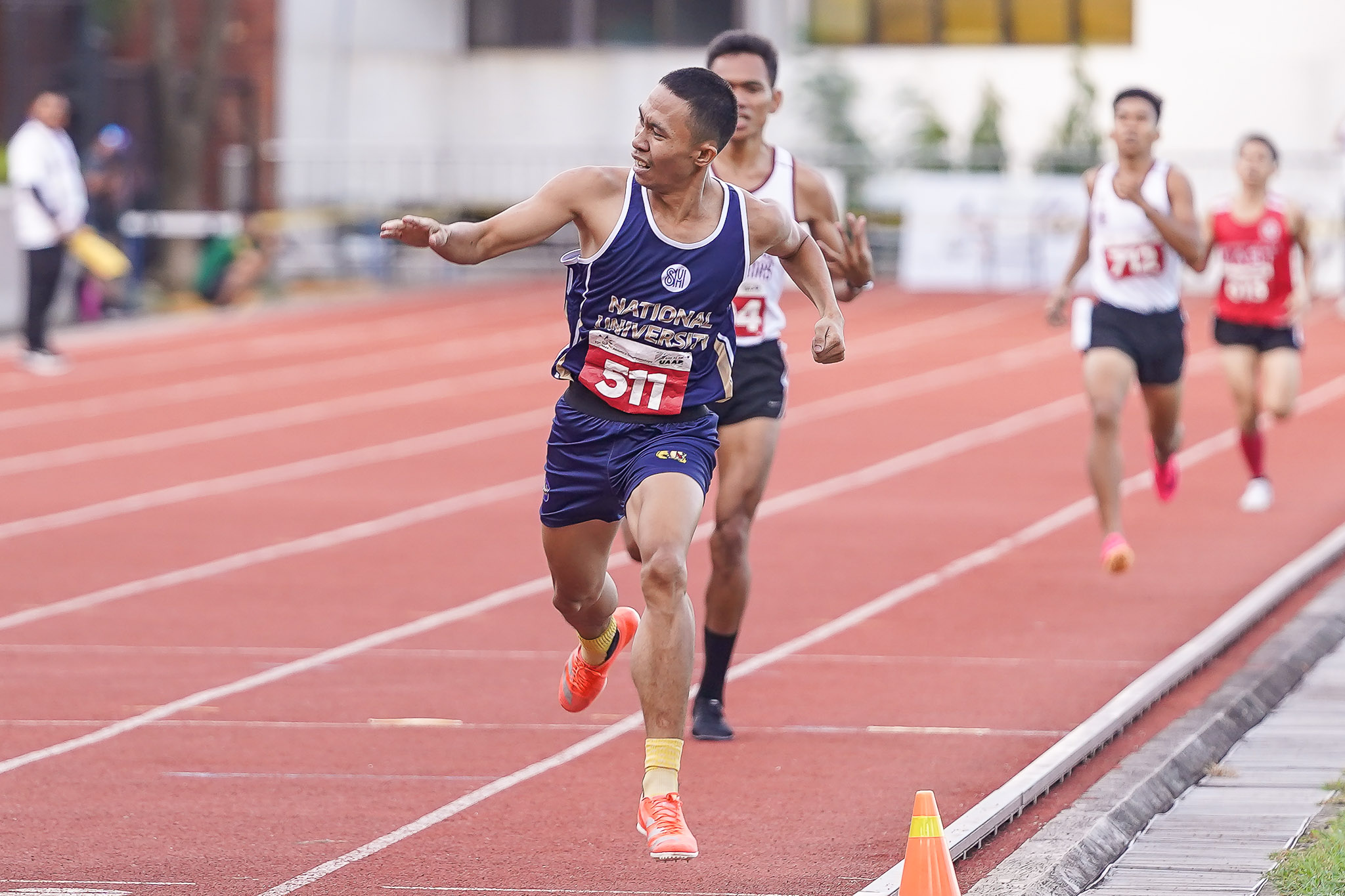 Erwin Mancao then broke through with the gold in 1500m, finishing with 3:57.99 minutes and going ahead of three Fighting Maroons, including Edwin Giron who he beat as determined by the photo finish apparatus. Eduard Flores took the bronze for UP with 3:49.51. 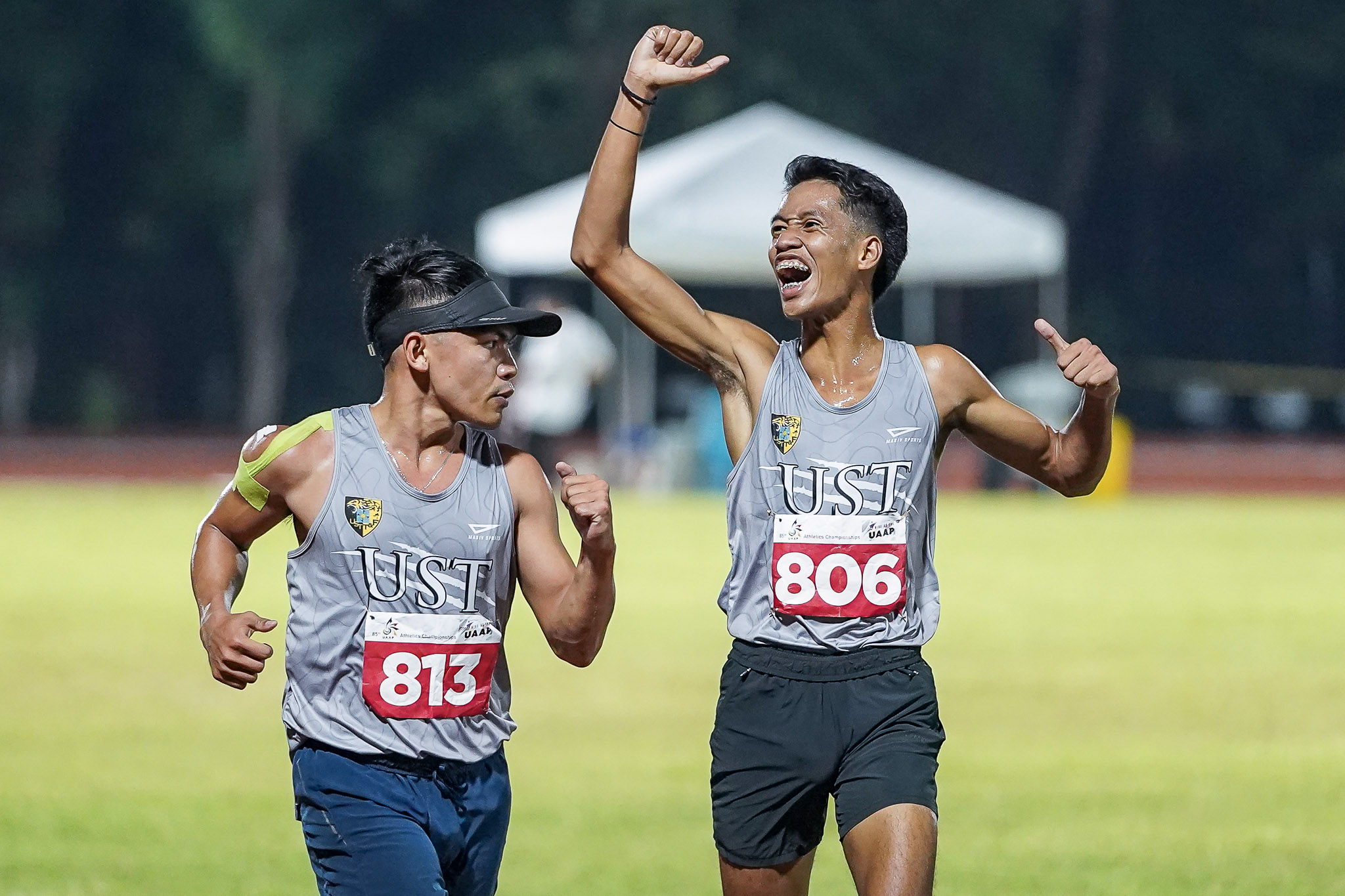 FEU slipped to third place with 202 markers, while UST moved to fourth with 140.

The Female Tiger Tracksters and the Fighting Maroons will try to go for the titles on the competition’s fifth and final day on Sunday starting at 2 p.m.