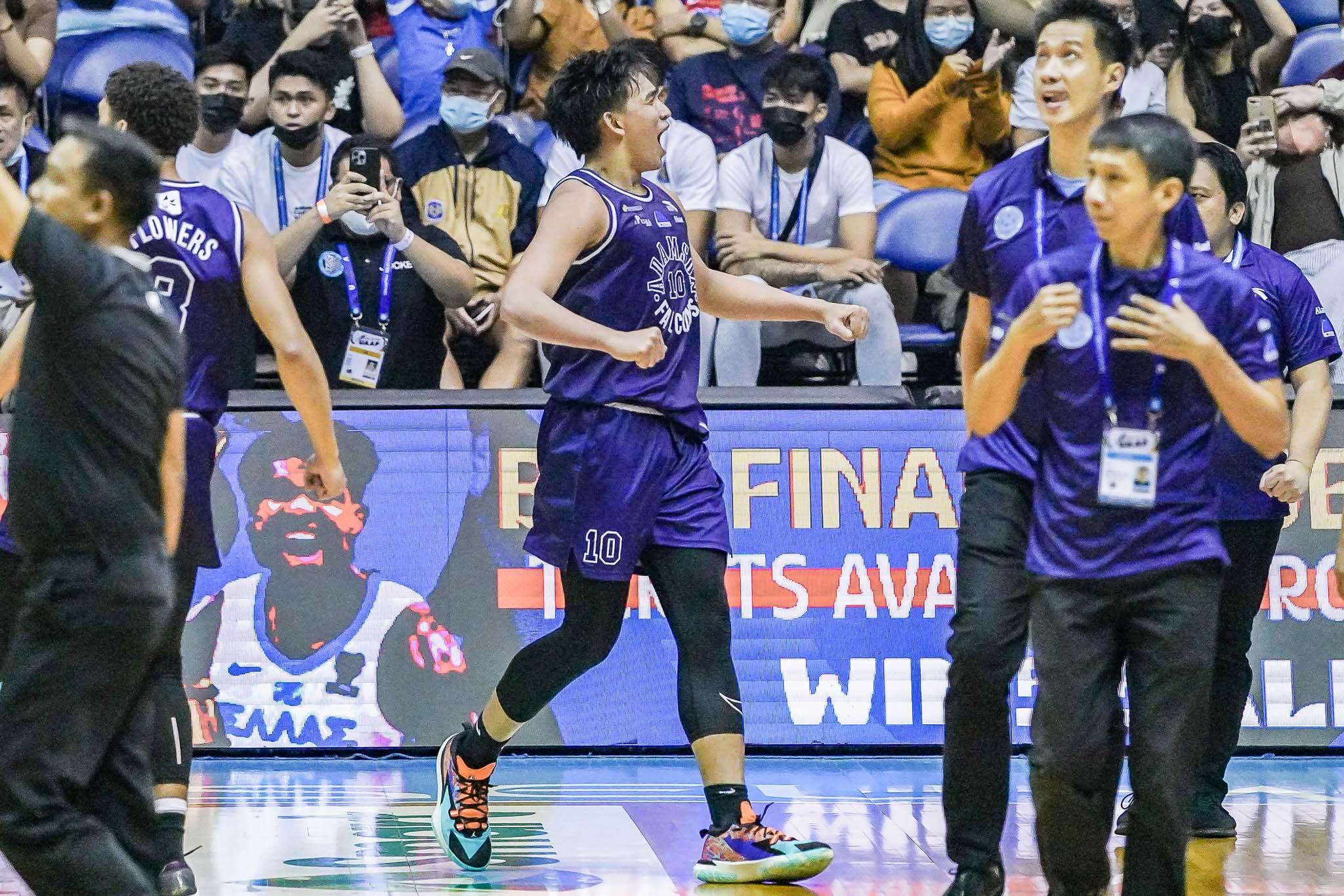 Cedrick Manzano buried the go-ahead and-one as undermanned Adamson University came from behind to down University of Santo Tomas, 56-55, in the UAAP Season 85 men’s basketball tournament at the Smart Araneta Coliseum, Saturday.

Manzano caught the inbound pass from Joaquin Jaymalin as he scooped in the layup alongside a foul by Migs Pangilinan. He drained the bonus with 7.1 seconds left.

Jamba Garing then missed the possible game-winner on the other end.

The Soaring Falcons were down by 19, 28-47, after Garing triple midway through the third quarter.

But they closed the match on a 28-8 blast to snatch the win and improve to 4-5, tied with Far Eastern University at fourth.

Manzano finished with 19 points and 10 rebounds, while Lenda Douanga had nine points and 12 rebounds.

Jerom Lastimosa did not play due to a dislocated big toe on his right foot, while Vince Magbuhos did not suit up as well as he has an injured right knee.

The Growling Tigers, who absorbed their eighth-straight loss at 1-8, were led by Nic Cabañero’s 22 points but he was held scoreless in the payoff period.

Up next for Adamson after the FIBA break will be De La Salle University on November 17. On the same day, UST battles Ateneo de Manila University.