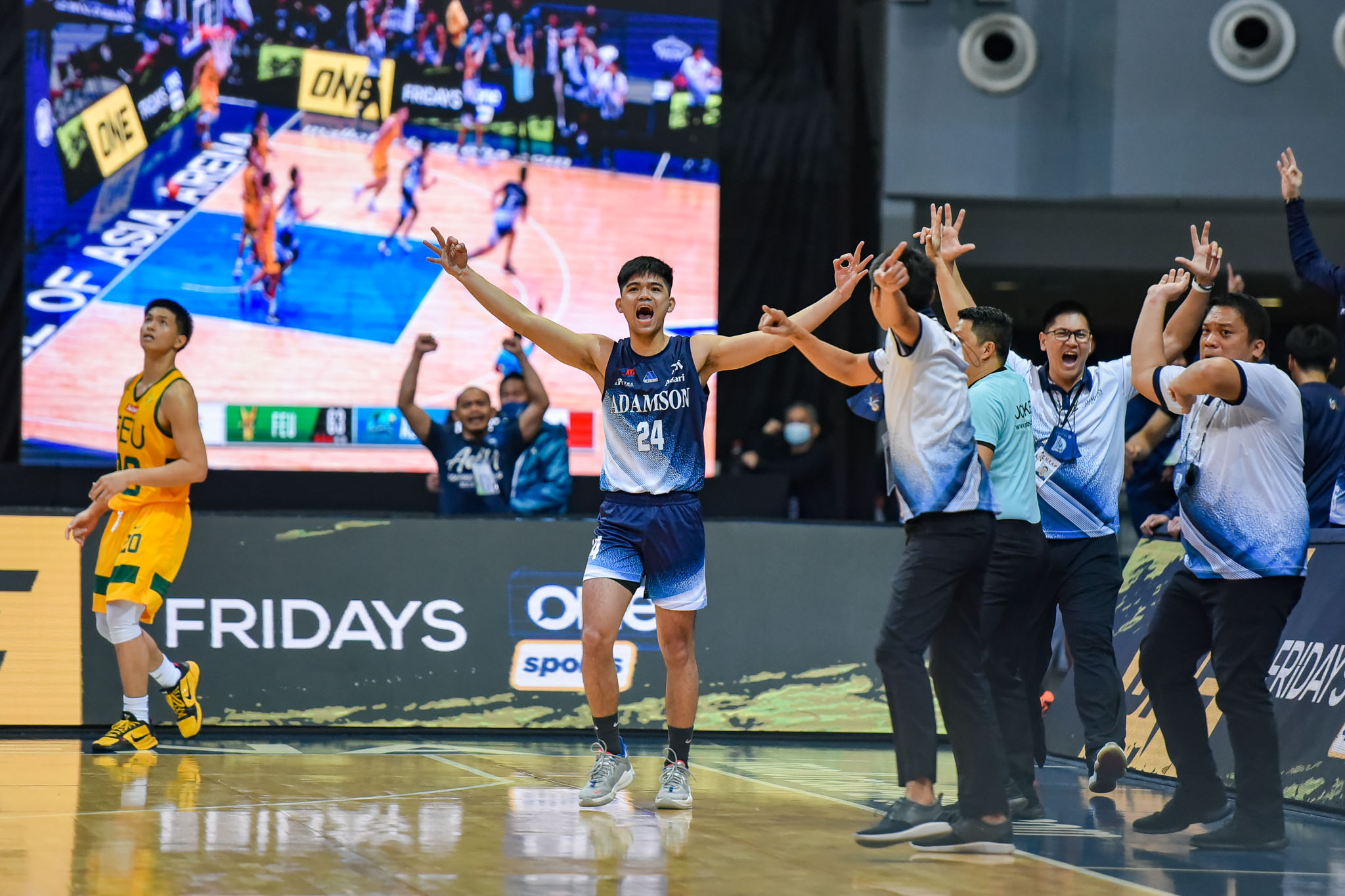 With only 10.1 seconds in the ballgame, Adamson’s veteran court general Jerom Lastimosa dished out an assist towards Erolon, who was able to score five points despite playing just 12 seconds. The rookie then sunk the game-winning three with the Soaring Falcons down, 61-63.

The Tamaraws failed to convert in their next play. That allowed the Soaring Falcons to finally seal a nail-biting win following so many recent heartbreaks.

“Now we know how coach Olsen felt that last time we played them. We gave everything that we’ve got,” he added, recalling the 66-65 loss the Soaring Falcons received from the Tamaraws last April 7.

Beforehand, Emman Ojoula gave FEU a 59-60 edge with 2:20 to go in the game. Then Adamson’s Cedrick Manzano answered back with a stab underneath the basket, giving his team the lead anew at 61-60 with 2:00 remaining.

RJ Abarrientos and Lastimosa both missed their baskets after that. L-Jay Gonzales scored with a drive to the rim as FEU led 61-62 with 44.5 secs left.

Abarrientos then converted a free throw to give the Tamaraws a 61-63 edge with 10.1 seconds to go, only for Erolon to sink the winner.

“I’m happy for our team because even without Lenda, we were able to compete and win today,” added Racela. “That’s something that we made clear before the game – as long as we do our best, do our part… Even with any kind of lineup that we have, will give us a chance to get the victory.”

Adamson had 30 bench points and shot 25 percent from the three-point line compared to FEU’s 15 and 10.5 percent.

The Tamaraws, though, got 15 turnover points and 49 rebounds vis a vis the Soaring Falcons’ six and 37.

Both schools shall resume their respective campaigns on Tuesday. FEU (3-5) takes on National University at 12:30 PM. Meanwhile, Adamson (2-6) goes up against University of the Philippines at 4:30 PM.