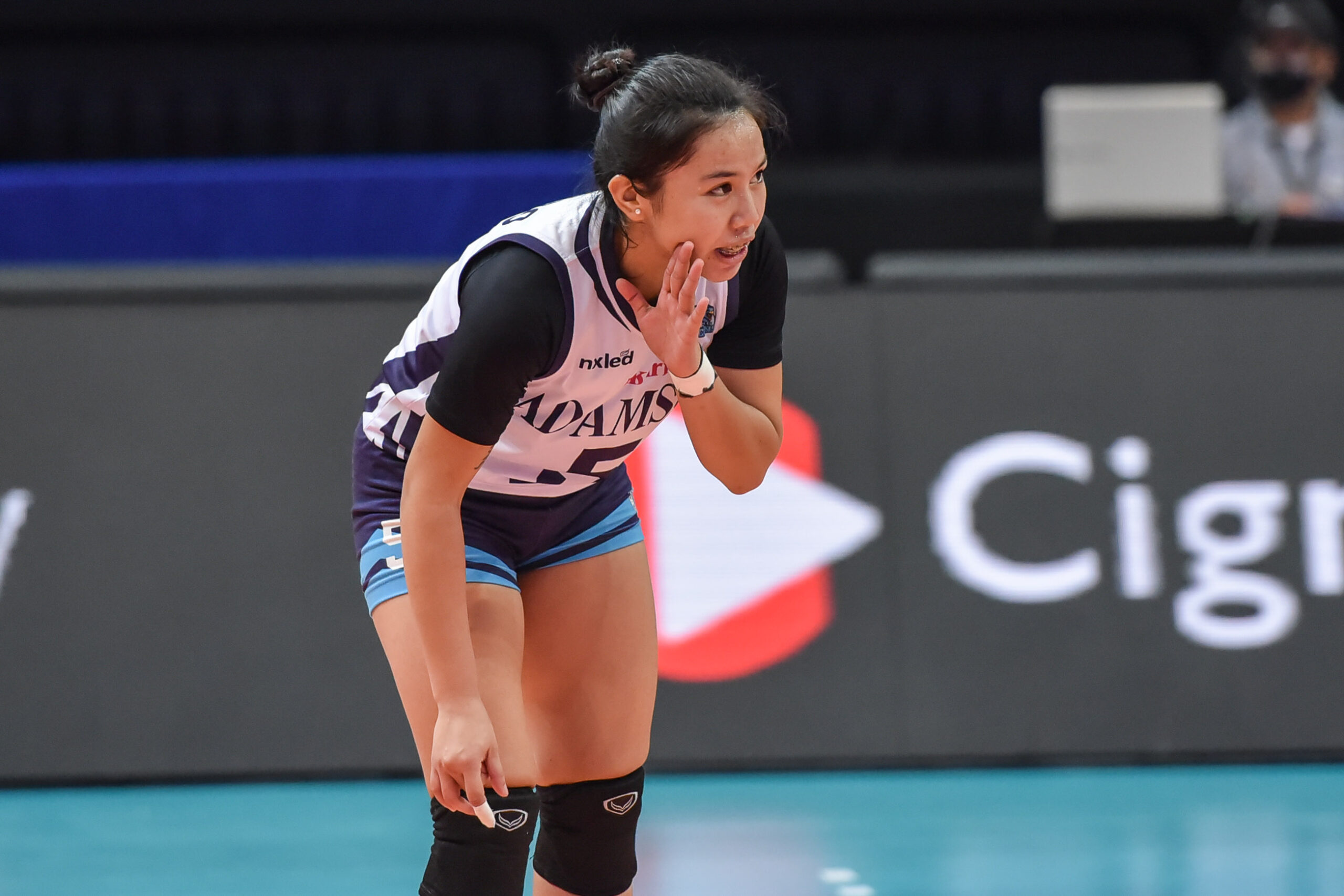 Adamson setter Louie Romero orchestrated the offense, dishing out 17 excellent sets all while producing four double-digit scorers in the match which lasted for just an hour and 26 minutes. She also had three points in the contest.

Trisha Genesis led the Lady Falcons’ scoring barrage with 14 points to go along with nine excellent receptions while May Ann Nique had 12 points and nine digs. Rizza Cruz and Kate Santiago chipped in 11 points each.

Cruz landed a booming ace to put the Lady Falcons ahead by 11, 18-7, in the third set. The Lady Tamaraws were able to slice it to seven after a hit from Julia Monares, but it was not enough as Trisha Genesis and Cruz put on the finishing touches.

It was a tough outing for FEU, who only converted 30 attacks and a block compared to Adamson’s 50 and seven, respectively. This is also the Lady Tamaraws’ sixth consecutive loss – their ninth in 10 games.

Adamson looks to hand NU its first loss on Tuesday at 4:30 PM while FEU will try to break out of its slump against UP at 10:00 AM.