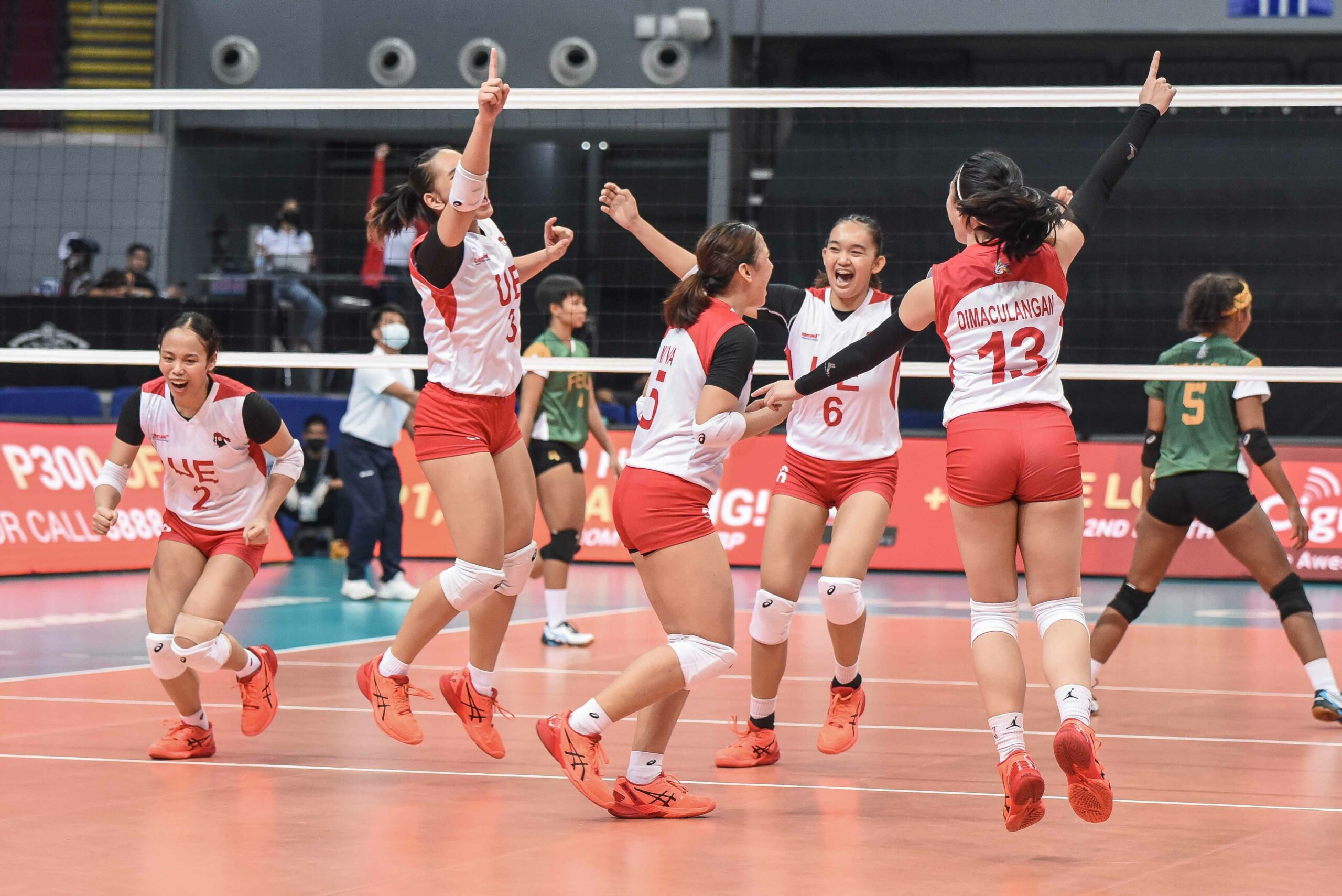 University of the East made sure it won’t end its UAAP Season 84 women’s volleyball tournament without a win, downing fellow also-ran team Far Eastern University in four sets, 25-22, 22-25, 25-21, 25-21, Thursday at the SM Mall of Asia Arena in Pasay City.

It was a sweet, sweet win for the Lady Red Warriors, who ended their tournament on a high note by snapping a grueling 17-game losing streak dating back to 2019. The last time that UE scored a win in the UAAP was in Season 81 via a three-set conquest of Adamson University.

“Masaya na may konting panghihinayang, but I’m very happy kasi at least we ended the season on a high note,” said first year UE head coach Ronwald Dimaculangan. “At least nakuha talaga yung elusive win na ‘yan, medyo nanghihinayang because there are games that could have gone our way.”

Janeca Lana and Dara Nieva dropped 21 points each in the victory with the latter also contributing 14 excellent receptions to help UE end the season at seventh place with a 1-13 standing and score its first win over FEU since 2010.

With the scores locked at 15 in the fourth set, Lana fired three consecutive points in a 7-2 run that gave the Lady Red Warriors a 22-17 lead.

Both teams exchanged points from there before Nieva put UE at match point, 24-19. Chen Tagaod and Shiela Kiseo kept FEU afloat with a kill and an ace, respectively, but Lana made sure to end the game to give the Lady Red Warriors their first win of the season.

UE stole the opener by erasing a five-point deficit while FEU equalized the game by maintaining its composure late — the same thing that the team failed to do in the first frame — in the second set.

The Lady Red Warriors, led by Nieva, then pulled away in the latter part of the third set and built a five-point cushion, 24-9, to take a 2-1 advantage over the Lady Tamaraws.

Tagaod spearheaded FEU in its final match of the season with a triple-double of 23 points, 12 excellent receptions, and 10 excellent digs.

Jovelyn Fernandez and team skipper Shiela Kiseo had 13 and 10 points, respectively while setter Tin Ubaldo had 28 excellent sets to go along with six points.

The Lady Tamaraws dropped to the last spot with a 1-13 win-loss slate.