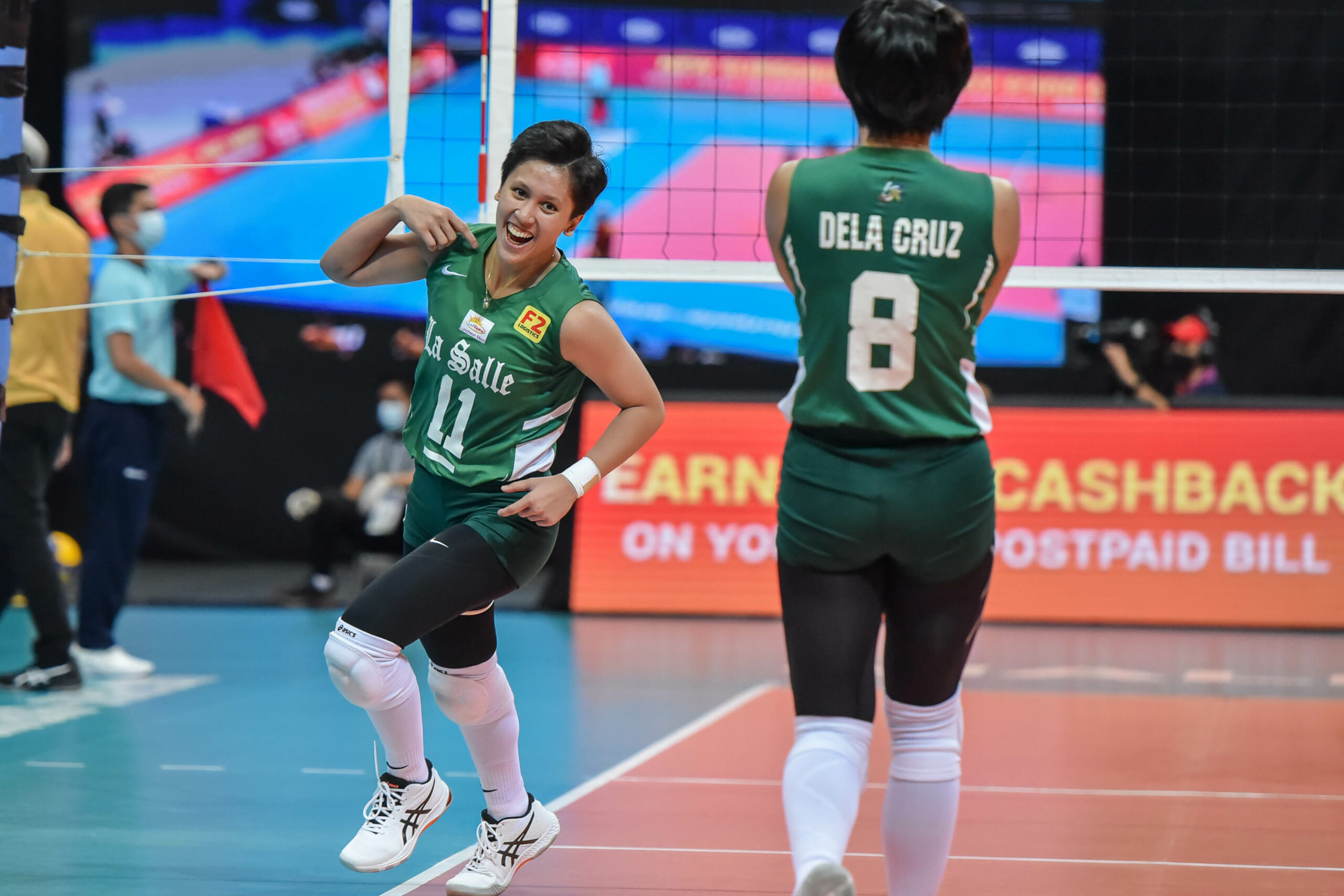 La Salle figured in a rough start in the opener, trailing by as much as seven points, 13-20, before unleashing a 12-3 run to finish the set and take a 1-0 advantage. The Lady Spikers turned it up a notch in the second set and led by more than 10 points to push the Lady Tamaraws to the brink.

“Ito yung magandang lumabas ngayon, first time na nangyari na we came from behind so ibig sabihin for this team, even if they’re young they have the capability na bumawi or humabol at ipanalo yung set which is maganda so all the coaches are happy on that performance,” said La Salle assistant coach Benson Bocboc of the team’s furious fight back in the first set.

Sitting comfortably with an eight-point lead in the finale, 22-14, Alleiah Malaluan scored three consecutive hits to give the Lady Spikers their sixth win in nine tries and climb up to the third spot.

Thea Gagate delivered a game-high 14 points on nine attacks and five blocks for the Lady Spikers while Malaluan and Erika Santos added 12 and nine points, respectively, in the victory.

The undermanned FEU, who recently lost Lycha Ebon and Martha Mora due to graduation in the midst of the season, was led by Shiela Kiseo and Chen Tagaod with seven and six points, respectively.

The Lady Tamaraws, who absorbed their sixth consecutive loss, are now in danger being of eliminated with a 1-8 standing at the seventh spot.

Next up for La Salle is University of the Philippines on Tuesday at 4:00 PM while FEU will face Adamson University at 12:30 PM.