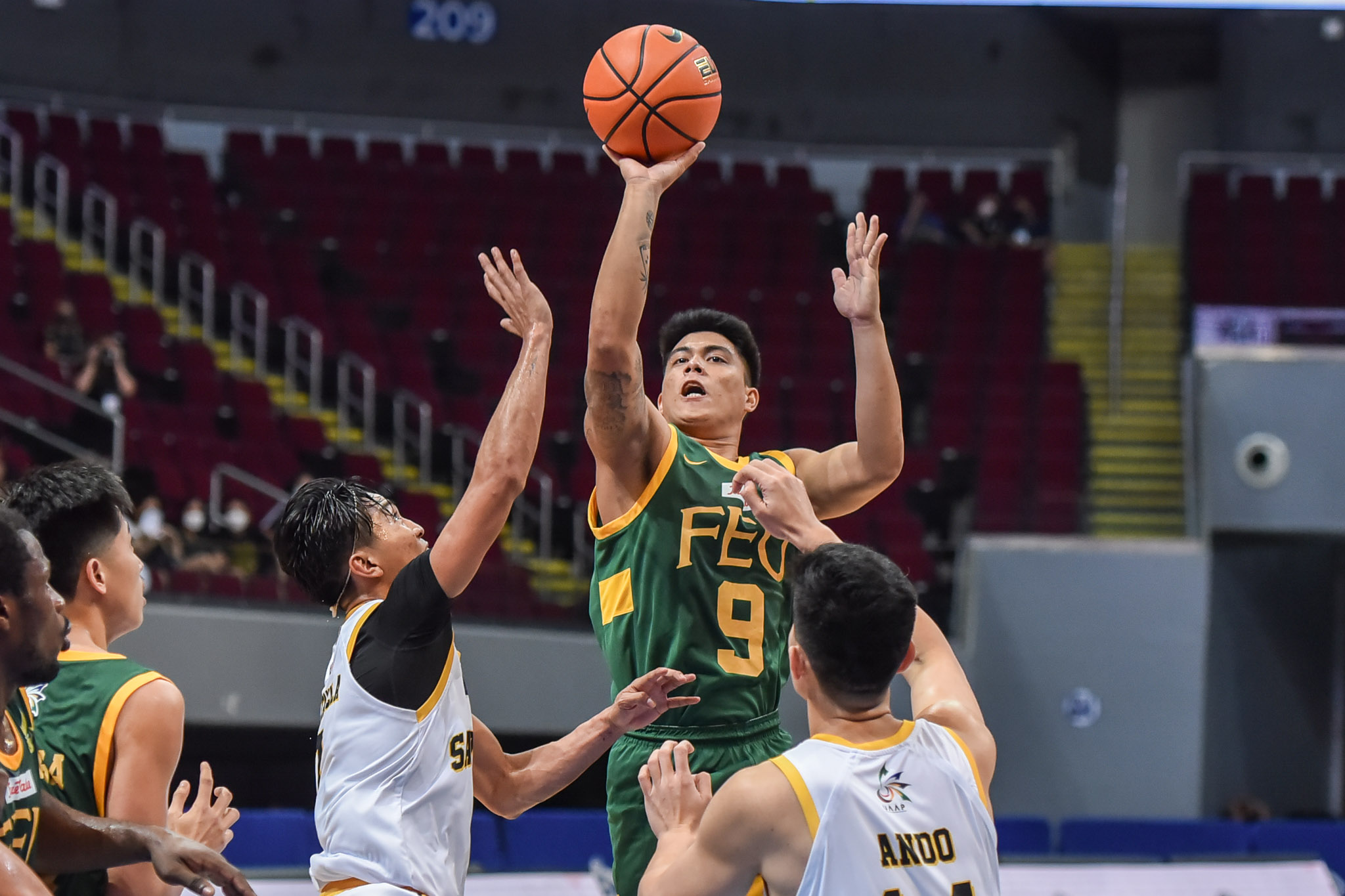 Bryan Sajonia enjoyed a great day from three-point country as he helped Far Eastern University strengthen its postseason bid with a 109-65 wire-to-wire victory over University of Santo Tomas in the second round of the UAAP Season 84 Men’s Basketball Tournament, Sunday afternoon, at the SM Mall of Asia Arena in Pasay City.

At the back of seven-out-of-10 shooting from outside, Sajonia produced 27 points alongside four rebounds, two assists, and one steal as FEU ended the elimination round with a 7-7 record, which eliminates Adamson (6-8) from Final Four contention.

If National University (6-7) fails to beat De La Salle University later then the Tamaraws formalize entry into the semi-finals.

“We shot really well especially in the second half,” said FEU coach Olsen Racela. “We defended better in the third quarter that’s why we pulled away. Ang mindset namin now is we need one more win to enter the Final Four.”

From a 49-35 cushion at halftime, the Tamaraws were able to extend their separation from the Growling Tigers to 109-65 in the dying seconds of the contest.

Foreign center Emman Ojoula had 13 rebounds to go along with eight points.

The Tamaraws also had 31 assists to the Growling Tigers’ 10.

UST ends its campaign with a 3-11 record.