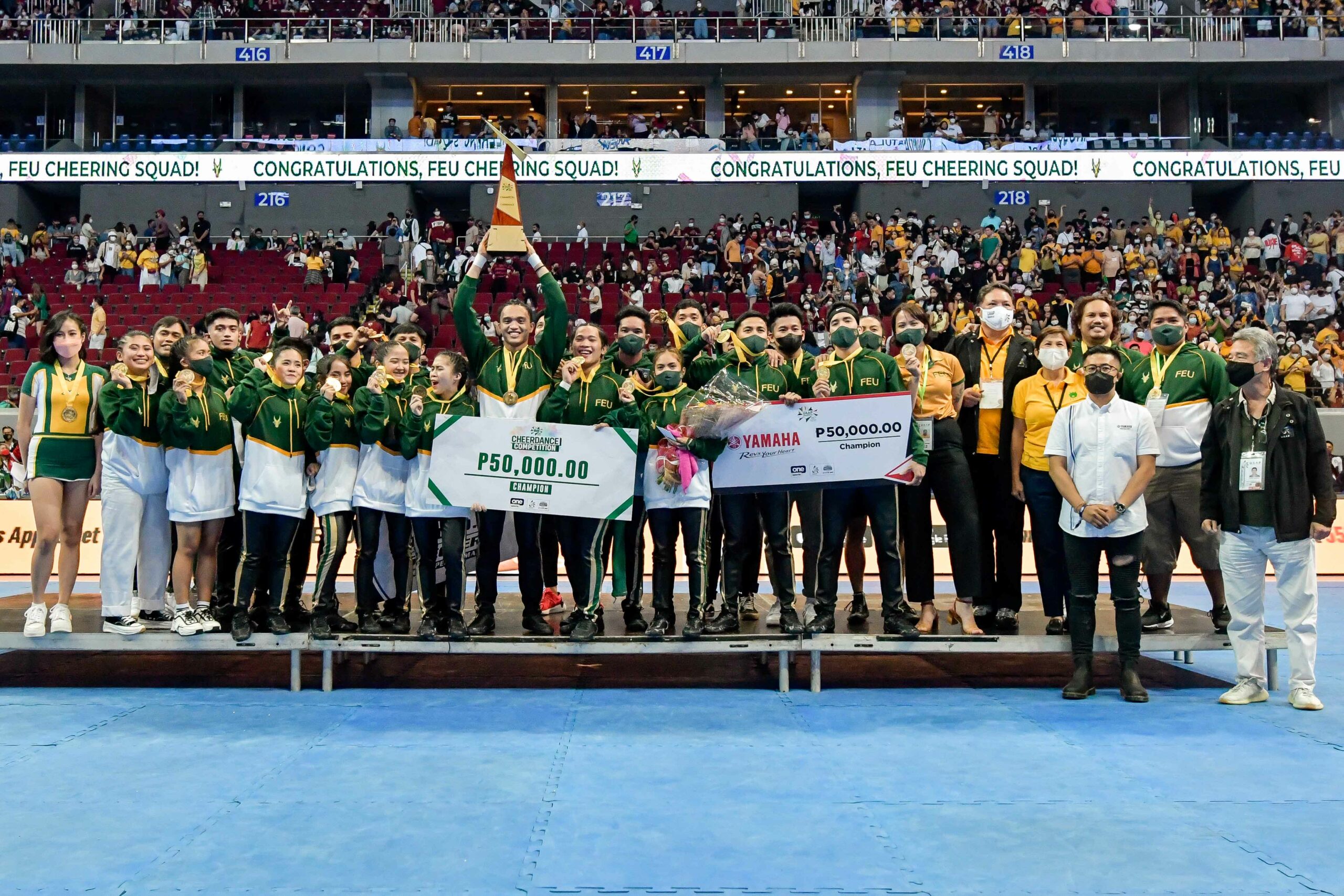 Far Eastern University finally made the leap from silver to gold in the UAAP Cheerdance Competition, in the process dethroning two-time defending champion National University, Sunday in front of a jam-packed crowd of 12,522 inside the SM Mall of Asia Arena in Pasay City.

The Cheering Squad of FEU made quite the first impression with their dominantly dark green outfits with gold linings in the middle, and they maintained that momentum throughout in a performance saluting the band Queen. The near-flawless number garnered them 727.5 points – 39 better than their closest competitors. 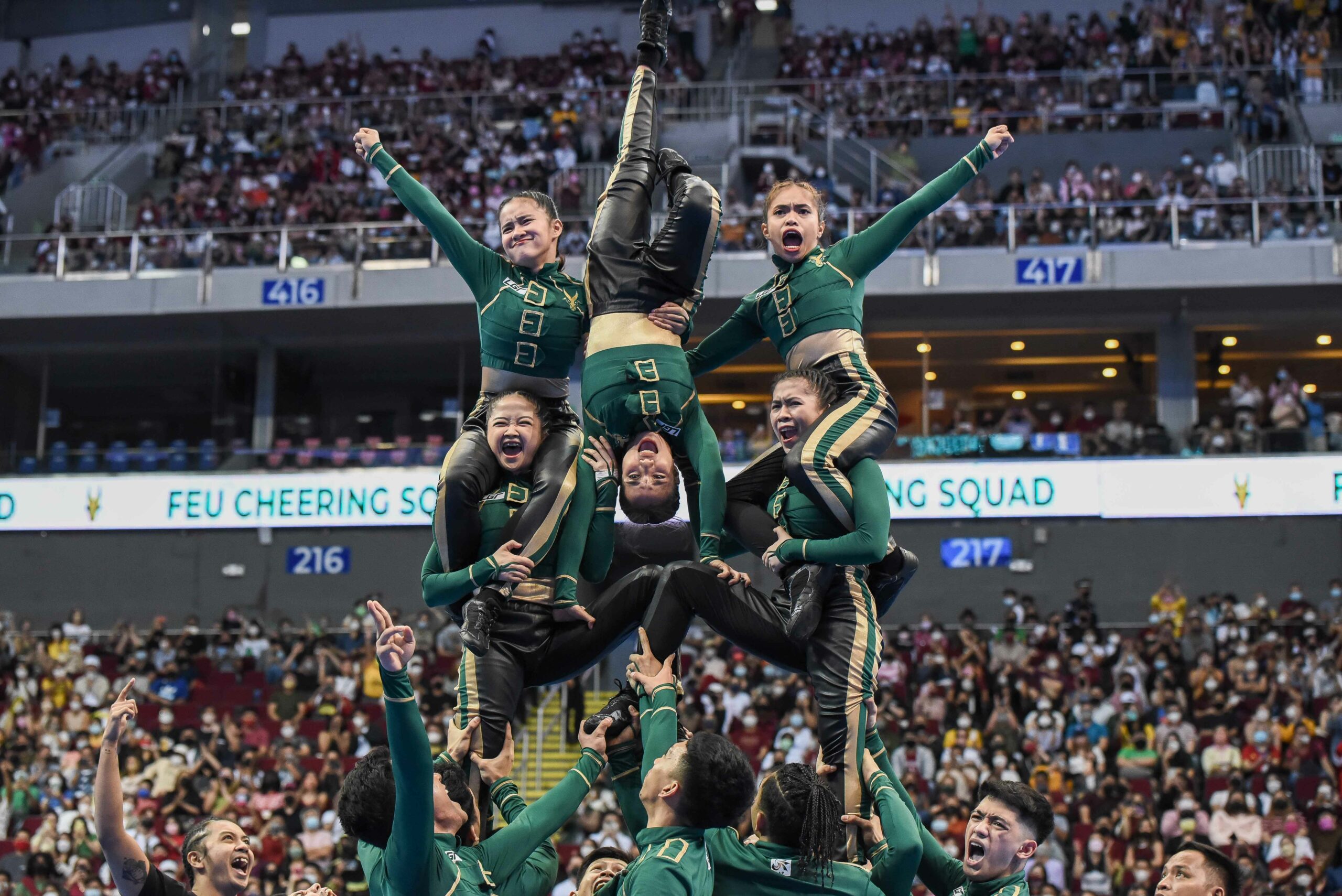 In the last two seasons, FEU won back-to-back silvers before breaking through this year in dominant fashion, topping all five categories of tumblings, stunts, tosses, pyramids, and dance. They also didn’t tally any penalties and deductions, proving to be a worthy champion who will also bring home the P50,000 cash prize, as well as P40,000 as the Skechers Best Performance. 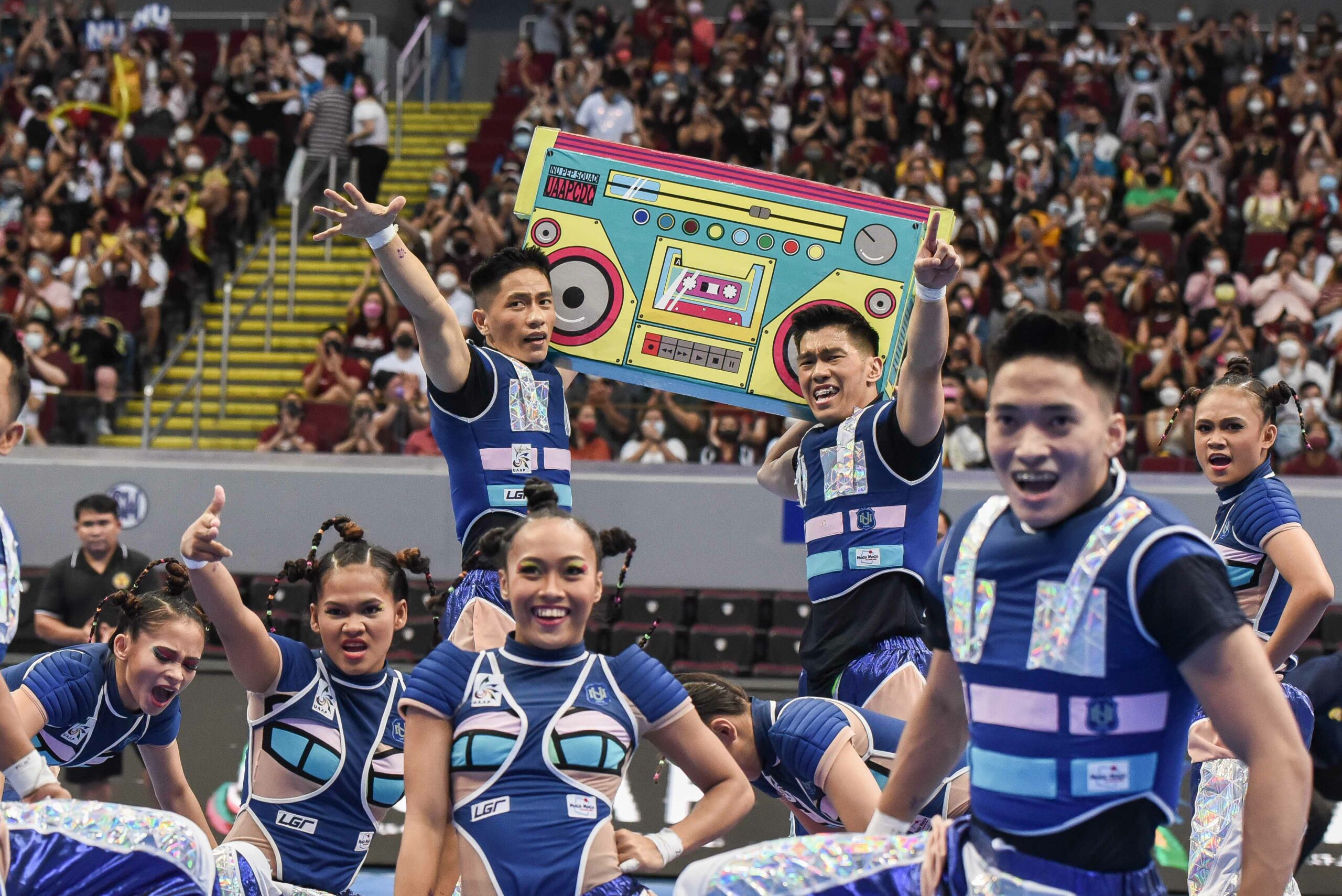 NU, which had won six of the last seven competitions, dropped down to third on the podium as their routine paying homage to ’90s music proved to fall short of their high standards. Not as clean and crisp as they had been before, the Bulldogs wound up with a score of 681, and were rewarded with P20,000, together with P40,000 from the Silka Awra Dance Move special award. 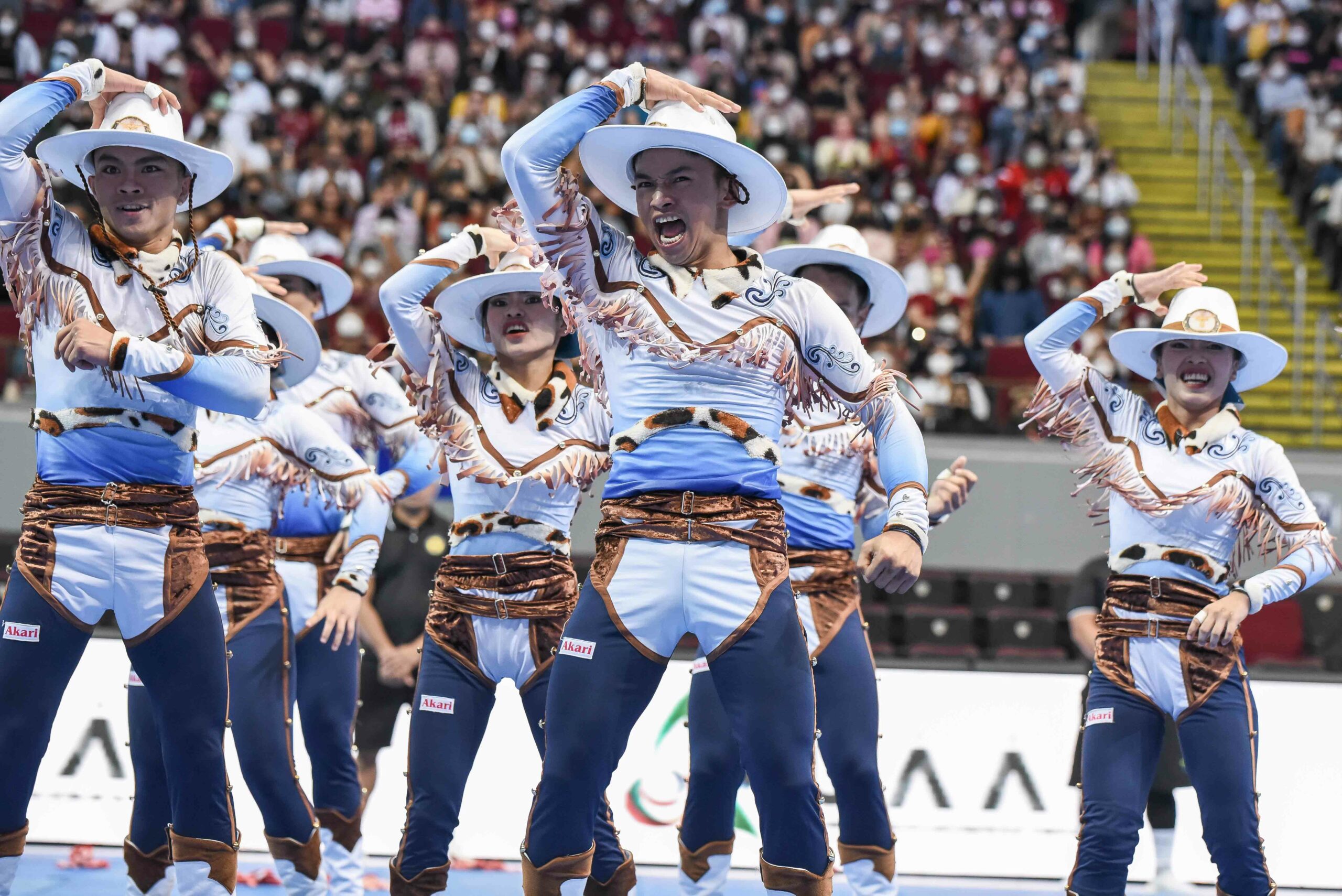 Meanwhile, the Adamson Pep Squad soared from third to second behind a country music-inspired performance that was soundly executed for 688.5 points.