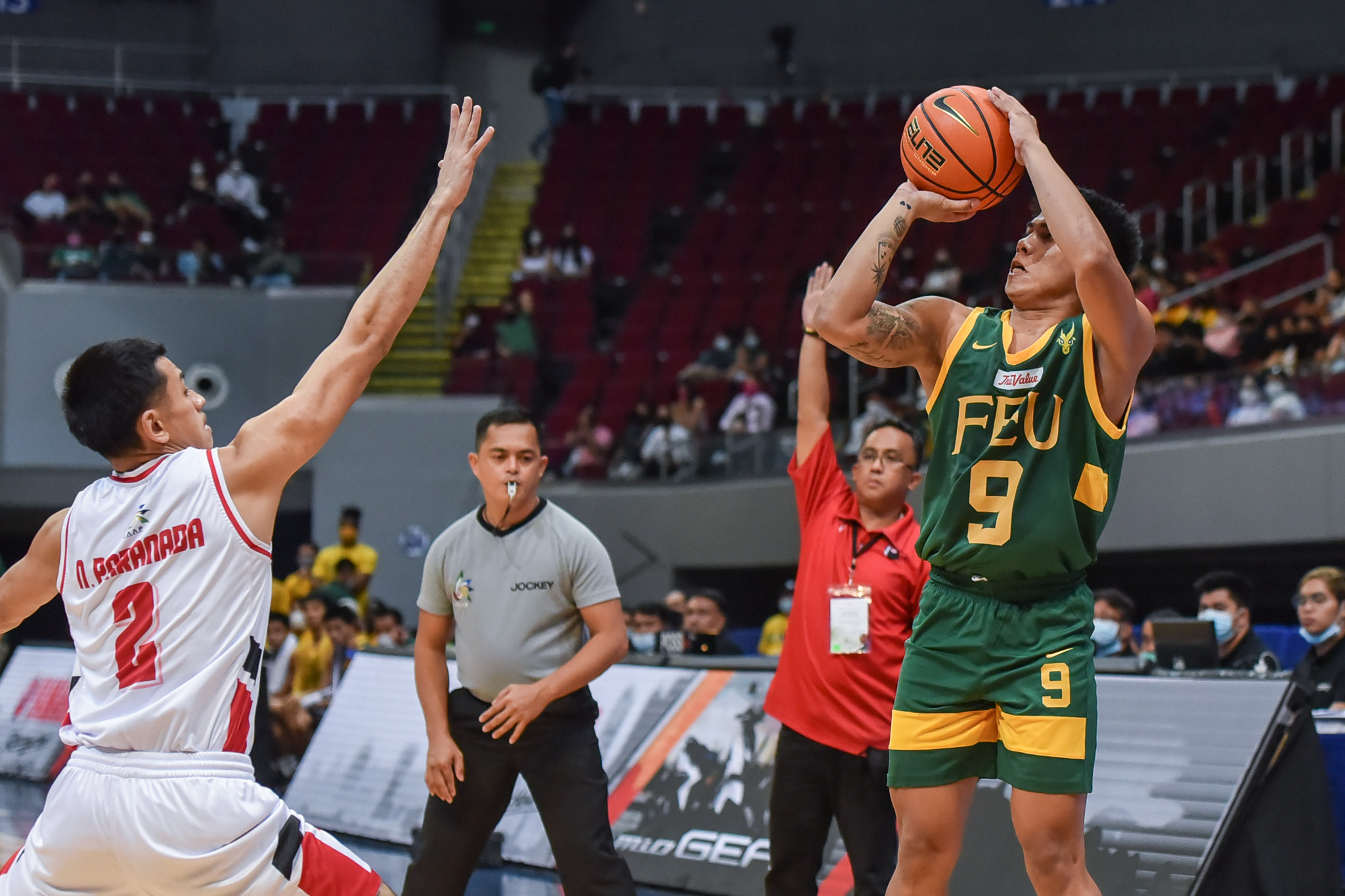 Far Eastern University coasted to its second straight win, taking a dominant 91-61 wire-to-wire rout of University of the East in the UAAP Season 84 men’s basketball tournament, Saturday at the SM Mall of Asia Arena.

The Tamaraws went up to 5-6 with the win, tying the Adamson Soaring Falcons for fourth. The two schools also hold a full game edge over the National University Bulldogs.

And the Tamaraws made sure to get the job done as swiftly as possible.

Behind the hot-shooting of Xyrus Torres, the Tamaraws raced to an 11-2 start with the only Red Warrior field goal coming from Harvey Pagsanjan bucket midway through the quarter.

“Well, for a coach it’s always refreshing you know to have your players shoot that well,” said Tamaraws head coach Olsen Racela. “But yung kailangan namin ngayon us really gaining the confidence that we need going into the crucial stage of the tournament.”

It did not stop there as, by the half, FEU had already put up 53 points on nine treys while limiting UE to just 26.

The Tamaraws lead would eventually balloon to as high as 39 points, 91-52, courtesy of a Patrick Sleat deuce late in the game.

Bryan Sajonia generated his career-high in the game, finishing with 17 points on five treys while Torres added 15 markers with all but three of his points coming from deep.

The dynamic duo of RJ Abarrientos and L-Jay Gonzales got 12 and 10 markers, respectively, as well with the latter also dishing out seven assists.

Emman Ojuola did not need to do much heavy lifting in this one, playing just 15 minutes for two points and seven rebounds.

Nico Paranada led UE with 15 points while Pagsanjan got 10 in another forgettable outing for UE.

For the seventh straight game, Red Warriors lead assistant coach Jamike Jarin called the shots. Head coach Jack Santiago is still under school investigation for the incident he allegedly had with Ricci Rivero back on April 2.

FEU looks to sustain its streak on Tuesday when it faces La Salle at 10:00AM. Later in the day, UE will take on University of the Philippines.