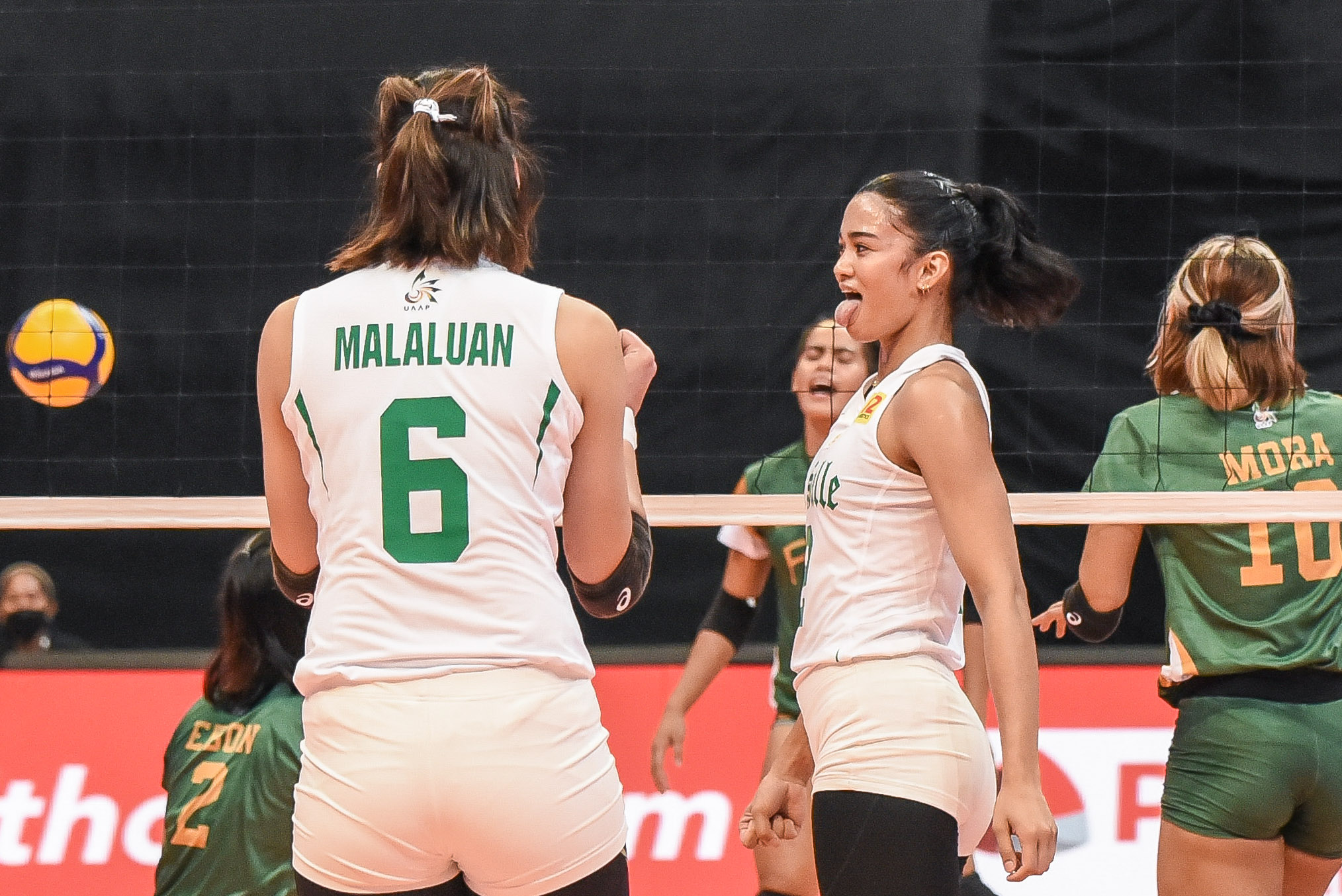 The Lady Spikers nabbed their third win in a row to raise their record to 5-2, joint second with University of Santo Tomas

La Salle rediscovered its form in the fourth frame, cruising to a 6-1 lead and never let go of the lead on the way to the 25-11 win.

The Lady Tamaraws, meanwhile, sank to 1-6 with their only victory coming against winless University of the East.

Alleiah Malaluan led the onslaught for DLSU with 16 points on 15 attacks while Thea Gagate chimed in with 14 points.

After lopsided first two sets, a spirited FEU squad came out in the third set en route to an upset 25-22 win to extend the match.

Fifi Sharma also flexed her scoring might for the Lady Spikers with 13 points, while Marite Espina had seven points in limited minutes.

Rookie Chenie Tagaod was the lone Lady Tamaraw in double digits with 11 points while Shiela Kiseo got nine points in the losing cause.

Up next for La Salle is top-ranked squad National University on Thursday, May 26 at 6:30PM. FEU, meanwhile, faces Ateneo de Manila University on the same day at 4:00PM.