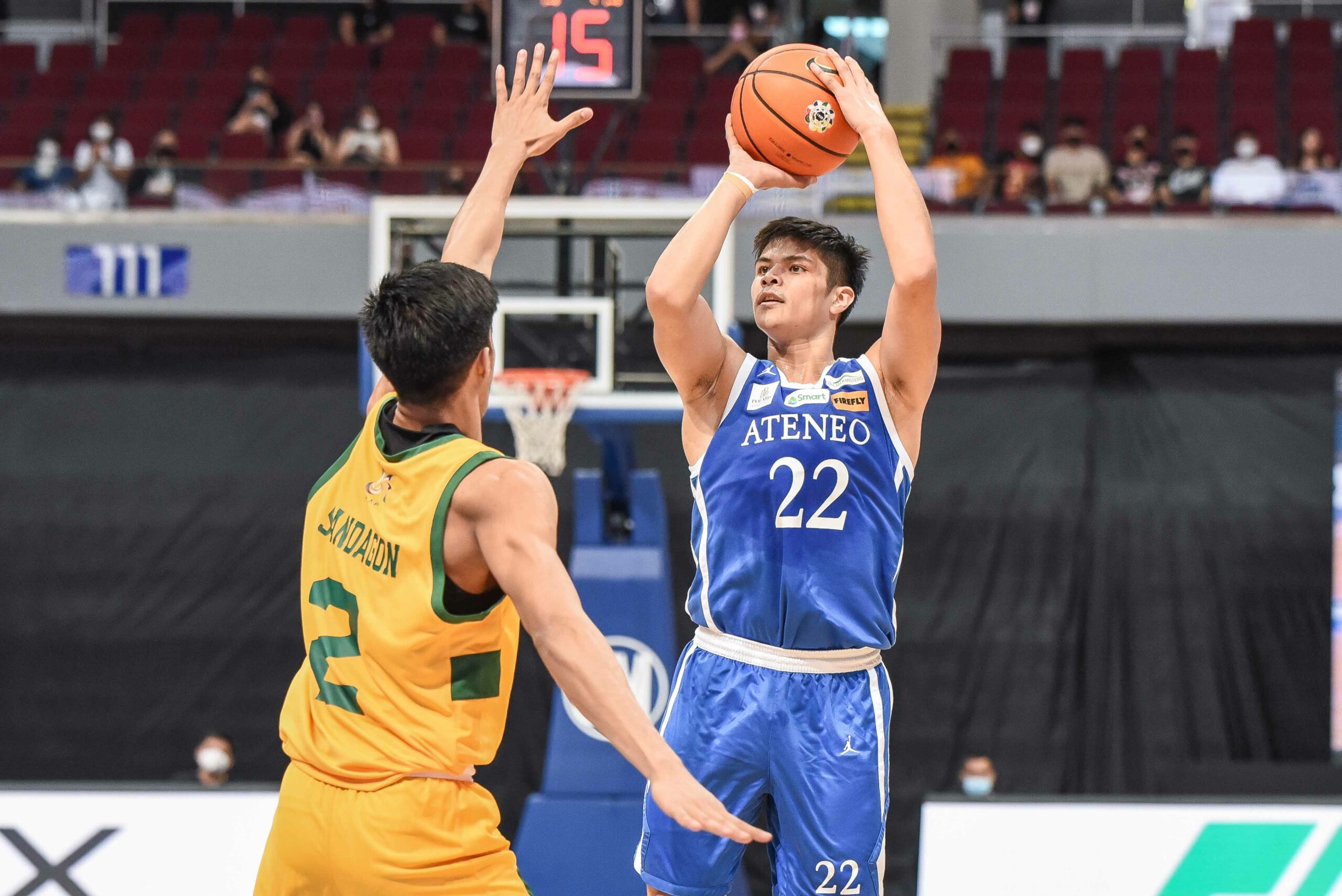 Ateneo de Manila University inched closer to a fifth consecutive finals appearance after defeating Far Eastern University, 70-53, in the second round of the UAAP Season 84 Men’s Basketball Tournament, Thursday, at the SM Mall of Asia Arena in Pasay City.

Ateneo takes its 40th win with this game. It could make its fifth straight finals appearance, and complete a second straight elimination round sweep on Sunday when it faces University of the Philippines.

Meanwhile, FEU saw itself held to a season-low of 25 percent shooting from the field. It is level with National University at fourth place with a 6-7 win-loss record.

“I didn’t think we played well today,” said Ateneo coach Tab Baldwin. “I think FEU had a bit to do with that. Gotta give Olsen [Racela] a lot of credit. Unfortunately for them, they failed to hit open shots.”

After accruing a 17-11 edge by the end of the first quarter, the Blue Eagles were able to extend their lead to as much as 27-13 off a Jolo Mendoza three at the 5:57 mark of the second period.

With 2:07 left in the ballgame, SJ Belangel converted four unanswered points to give Ateneo its biggest lead of the ballgame at 67-47.

“I’d like for us to have a better performance today leading into Sunday’s game. But whether we win or lose, played well or didn’t play well, it’s our habit to put that game behind us and prepare for the next game,” added Baldwin.

Ateneo team captain Gian Mamuyac suffered an ankle sprain the last time out. Still, he entered the action at the 1:55 mark of the first quarter. Mamuyac even had seven points, three rebounds, one assist, and one steal in 13:57 minutes of play.

The Blue Eagles had 34 points in the paint and 32 perimeter points compared to the Tamaraws’ 18 and 21 respectively.

RJ Abarrientos and L-Jay Gonzales led FEU with 12 and 10 points respectively. The two combined to shoot just 9-of-25 from the field while committing seven turnovers.

FEU (6-7) looks to stay alive in the playoff race when it takes on University of Santo Tomas at 12:30 PM on Sunday.