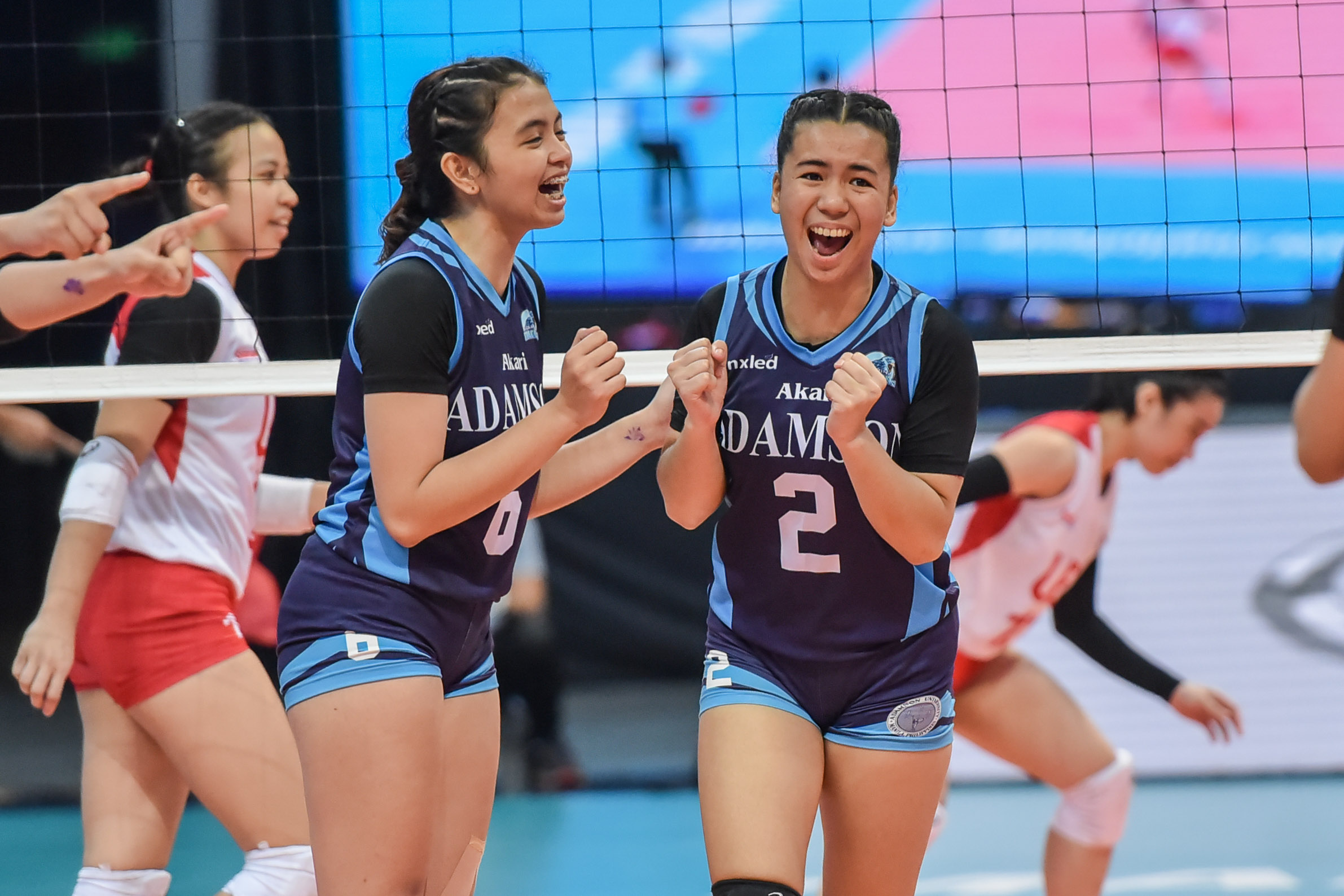 Adamson University vented its ire on the skidding University of the East, 25-16, 25-14, 25-9 in the UAAP Season 84 women’s volleyball tournament on Saturday at the SM Mall of Asia Arena in Pasay City.

The Lady Falcons were coming off a tough five-set loss last Thursday which saw them fumble an early 2-0 advantage against the University of Sto. Tomas Golden Tigresses.

A set away from sealing the sweep, the Lady Falcons went on an 11-1 start in the third set to bury the helpless Lady Red Spikers.

The lead ballooned to as much as 15 points, 23-8, after a tip from Lorene Toring before an attack error from Ja Lana pushed the advantage to 16 as Adamson speedily dispatched UE in the third frame which ran for just a total of 21 minutes.

Trisha Genesis led the San Marcelino-based spikers with 13 points and seven excellent receptions while Kate Santiago and May Ann Nuique added nine markers each in the victory that put the team at the third spot with a 5-4 standing.

#ReadMore  Chot Reyes: 'We can't put the best team without the PBA players'

Adamson looks to make it two in a row against FEU on Tuesday at 12:30 PM while UE will try to steal its first win of the tournament against the perfect NU earlier that day at 10:00 AM.