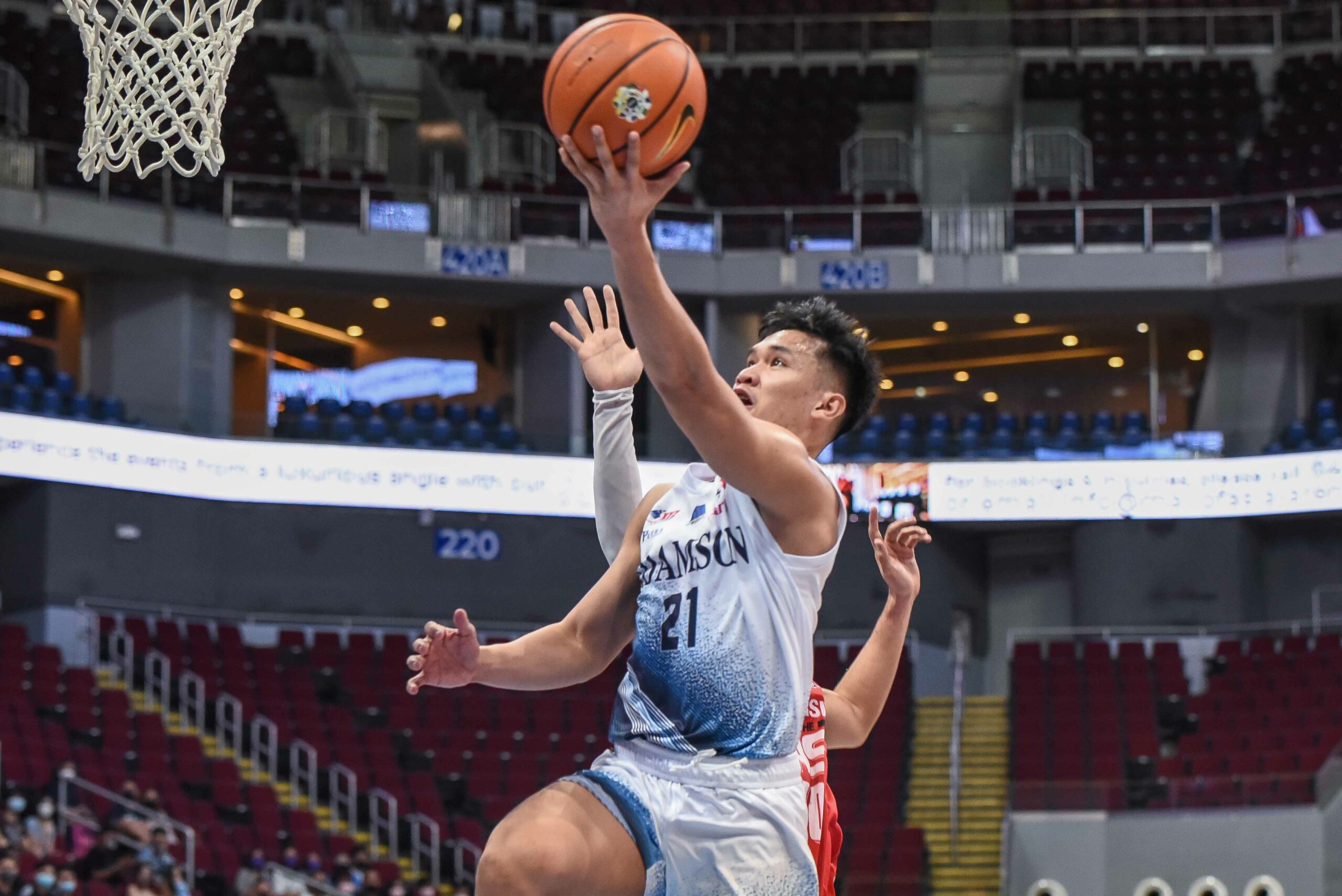 Adamson University kept its slim Final Four hopes alive with a 65-53 win over University of the East in the second round of the UAAP Season 84 Men’s Basketball Tournament, Sunday, at the SM Mall of Asia Arena in Pasay City.

Adamson ends the elimination round with a 6-8 record. Its postseason hopes are reliant on the results of Far Eastern University and National University, which both currently have 6-7 standings, later in the day.

On the other hand, UE suffers a winless campaign with a 0-14 standing.

“We took care of business today, but there’s still a lot of things to improve on,” said Adamson coach Nash Racela. “It’s a continuous growth for the team and for the players.”

A Clint Escamis basket kept the Red Warriors within touching distance of the Soaring Falcons at 46-50. Then Adamson went on a 15-0 run capped off by back-to-back threes from Vince Magbuhos and Jerom Lastimosa. That gave the Soaring Falcons a 65-50 cushion to seal the win with 34 seconds remaining.

Joem Sabandal led Adamson with 15 points, while Magbuhos had 11 points and 10 rebounds. Cedrick Manzano had four rebounds to go along with four points.

In what could be their final UAAP outing, Tricky Peromingan had seven points, nine rebounds, and three assists. Keith Zaldivar had five points.

Adamson dominated the boards with 59 rebounds to UE’s 38. The Soaring Falcons also had 36 bench points to the Red Warriors’ 21.

“We don’t really pray naman for others to lose,” added Racela about his team’s destiny not being in their hands. “If it happens, it happens. Then we will be ready.”

Harvey Pagsanjan led UE with 13 points followed by Kyle Paranada’s 12. Clint Escamis flirted with a double-double courtesy of his nine points and 15 rebounds.

Jem Cruz and Jerrick Villanueva ended their UE careers with eight points and two points respectively. Meanwhile, the school’s head coach, Jack Santiago, missed 10 matches for the Red Warriors this season after his controversy with University of the Philippines’ Ricci Rivero in the first round.