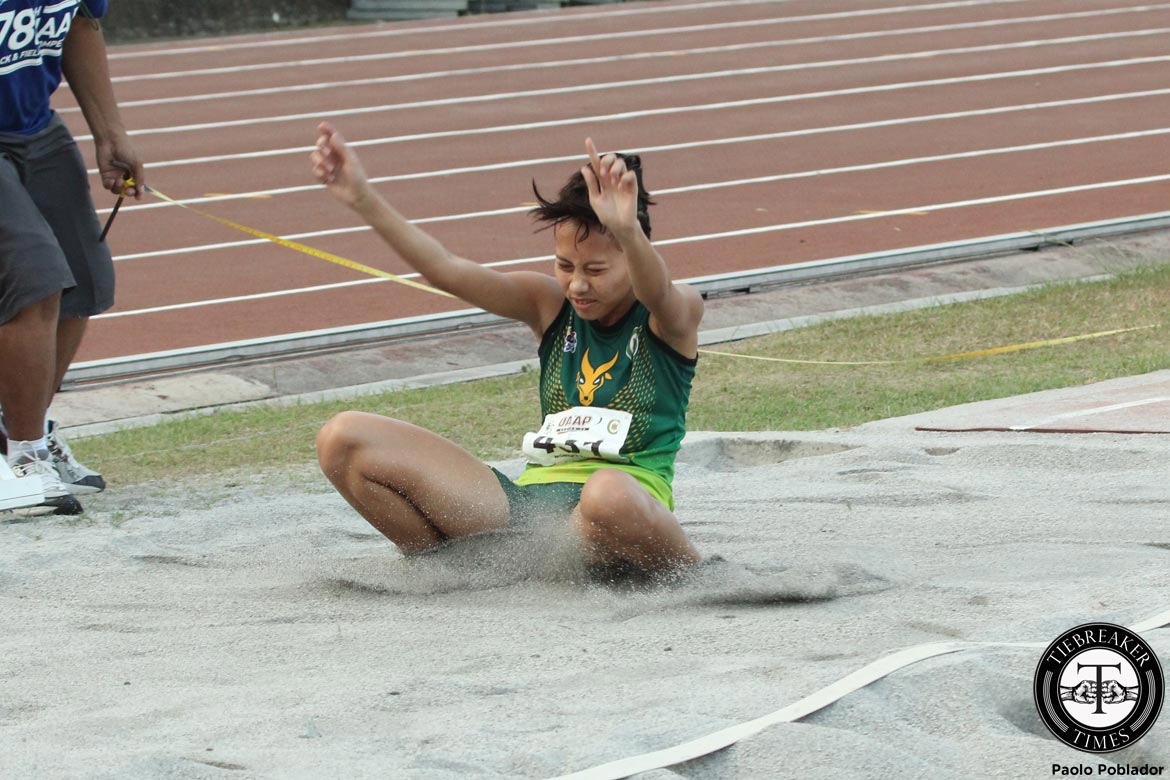 The University Of Santo Tomas (UST) continued to assert their dominance in the power events as they seek to defend their championship from competitors Far Eastern University (FEU) and University of the East (UE). But as early as now, the coveted title is still anyone’s to win.

The absence of sprint champion Jennyrose Rosales of UE paved way for last year’s silver medalist Eloiza Luzon from UST to be seeded as the next champion. In the heats, however, Luzon only ranked fifth with a qualifying time of 26.44 seconds, slower than what she ran 14 months ago. Teammate Karen Janario took first place in the qualifying round with a time of 25.75 seconds, while 100m dash silver medalist Michelle Loterte took second with a time of 25.76 seconds. UST’s dominance was evident in the qualifying round as all four of their sprinters qualified, with their other teammate Eloiza Luzon squeezing in for fourth place with 26.40 seconds.

In the finals, UST again asserted their women’s sprinting dominance as they finished with a 1-2-3 punch to end the 200m. Janario, Loterte, and Luzon brought home the gold, silver, and bronze medals home with times of 25.43, 26.03, and 26.35 seconds respectively. This finish further pushed UST away from the point tally, setting them up for possibly another overall championship win in the women’s division.

The only other track event of the night was the women’s 5000m. There were only five women on the track who were able to clock sub-20 minutes.UE’s Macrose Dichoso was the only woman to clock sub-19 minutes, winning her the gold medal with a fast time of 18:39. 800m run bronze medalist Lyca Sarmiento upped the ante and also competed in the 5000m run and won with 19:15 for the silver medal. The bronze medal went to Jonez Sustituedo from FEU, who was over six seconds behind Sarmiento with 19:21.

After a massive performance by UST in the 200m, the Tigresses again set out to do the same in the triple jump. They finished the day again with a massive 1-2-3 finish in the event. Rosnani Pamaybay jumped 12.11 meters for gold, while teammate Judy Almasa leapt 12.07 for silver. 200m silver medalist Michelle Loterte showed only minimal signs of fatigue as she jumped 11.96 meters, falling just short of a 12.0m jump, but was nonetheless good enough for a bronze medal finish.

FEU tried to keep within touching distance of the coveted title, after a painful blow from UST in the 200m and triple jump, with the javelin throw.

Evalyn Palabrica of FEU was set to defend her title this year and improve on her throw 14 months ago, which saw her set a new UAAP record of 48.25 meters. This year, however, Palabrica only managed to throw 46.49 meters, over 1.5 meters below her record-breaking throw from last season. Compatriot Jerremay Rubias threw 42.49 meters to win silver, and to try and ease the blow of UST’s painful point haul for the day. UST’s Sarah Dequinan, however, would not let FEU cling on and threw 40.76 meters to end the dominant UST day two performance by winning bronze.