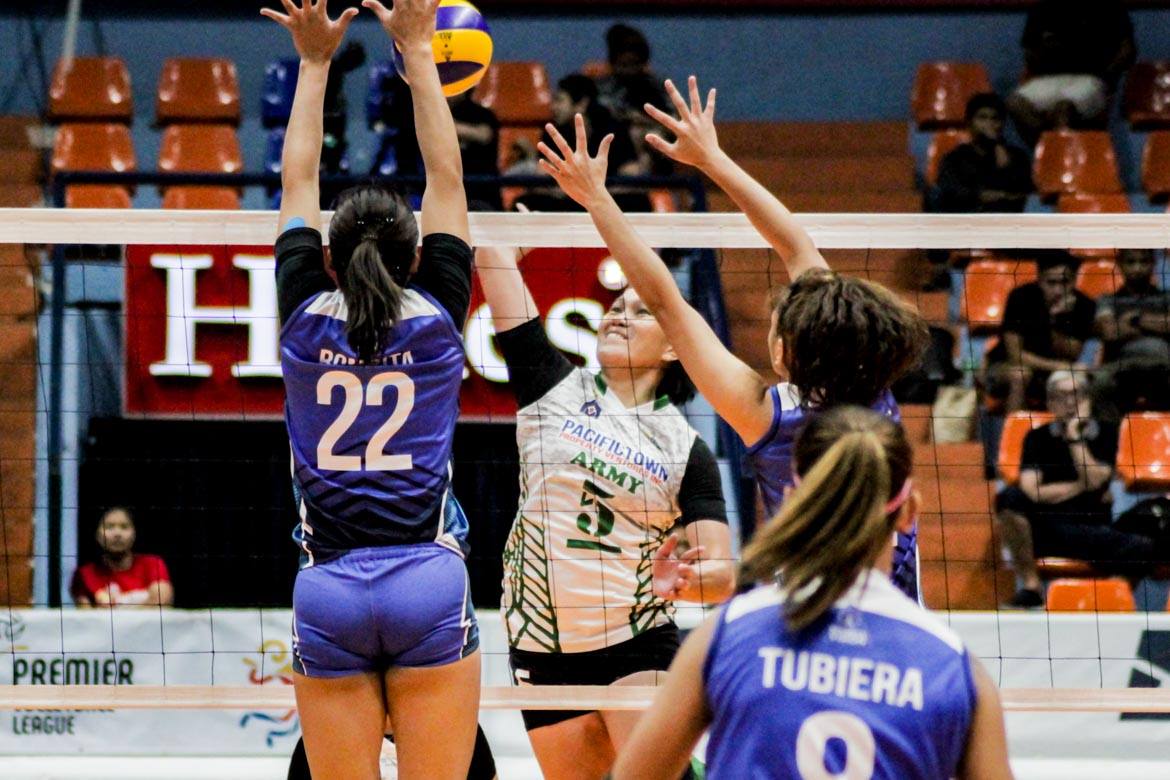 Save for a brief juncture late in the match, the Lady Troopers coasted through each of the sets en route to their second straight win. Moreover, they improved to a 4-3 card to remain seated in solo fifth spot.

Honey Royse Tubino led PacificTown–Army’s drubbing of Bali Pure. She finished with 13 points, all but one coming from attack, laced with eight excellent digs.

Lut Malaluan supplied 10 markers spiked by three service aces for the Lady Troopers, who rained down 10 points from

Jem Guttierez and Jovelyn Gonzaga were also pivotal in the dominant win. The former contributed nine markers, while the latter chimed in seven points, two from kill blocks.

Ging Balse-Pabayo managed four markers, but she made her presence felt in the uphill battle in the third set.

Knotted at 24 in a two-to-win situation, Gonzaga uncorked a hit to give PacificTown–Army some cushion. It was short-lived, however, as she muffed a scoring attempt in the ensuing play. Following a crucial overcooked serve from Ann Pronuevo, Pabayo delivered the final blow.

Grazielle Bombita poured in a 13-point output in a losing cause for Bali Pure, who fell to the eight spot with a 2-6 card.

PacificTown–Army shall face the Air Force Lady Jet Spikers on Saturday. Meanwhile, Bali Pure will square off against the BanKo Perlas Spikers on Sunday. Both matches will be played at the same venue.

Jia Morado in awe of Kalei Mau’s might, leadership