Tsukii, currently ranked no. 2 in the world, will be joined by fellow 0th Southeast Asian Games gold medalist Jamie Lim and kata stalwarts Sarah Pangilinan and Joco Vasquez in the Nov. 16-21 event at the Hamdam Sports Complex.

The 30-year-old Tsukii sees action in her pet event, the women’s kumite 50 kg class where she won a gold in the SEA Games two years ago and a bronze in the 2018 Asian Games, Lim goes down in the minus-61 division after previously campaigning in the plus-61 category, while Pangilinan and Vazquez compete in the women’s and men’s individual kata.

All four are fresh from their stint in the last Olympic qualifier held in Paris, France.

Due to the pandemic and the subsequent lack of funds, Karate Pilipinas Sports Federation president Richard Lim said the national team is only sending the Filipino quartet in the world meet who they believe has a strong chance of winning.

“We really try to send who we feel has the greater chance of winning, for now, kasi eventually we have to expose everybody. This is the highest form of championship, so we’re really sending the best para siguraduhin na merong patutunguhan yung pinaghihirapan namin,” said the karate official, who was joined by Jamie Lim in the online Philippine Sportswriters Association (PSA) Forum on Tuesday.

Lim and Vasquez are currently training with 13 other national athletes under a bubble set-up in Baguio City under Turkish coach Okay Arpa, while Tsukii and Pangilinan are doing their training in Serbia and Japan, respectively.

Training in a high altitude camp initially gave Lim, daughter of PBA and cage great Samboy Lim, a hard time adjusting, but eventually got used to it.

“High altitude training ay nakakapanibago, but it will work to our advantage. If we can train here (Baguio), we can train downstairs for sure,” she said in the session presented by San Miguel Corporation (SMC), MILO, Amelie Hotel Manila, Braska Restaurant, and the Philippine Amusement and Gaming Corporation (PAGCOR). “Training is back to normal and we got back into shape quicker than expected. The vibe is good and the training is good.”

Lim doesn’t want to put pressure on the team as he just wants the four to enjoy the stint and do their best.

But the karate federation president considers Tsukii, a Filipino-Japanese, as the best bet of the country to land a podium finish.

“We all know naman that Junna is almost competing every month, so she has the experience, the mental awareness to control the game. She has everything already. She has matured so much because of her experiences,” said Lim. “I would say that her chances of winning in this world championship are so high.

“But of course, I really want all of them to win not only for themselves and for the federation, but for the country.”

The team leaves on Nov. 11 for the Dubai tournament that will be held under a bubble format. 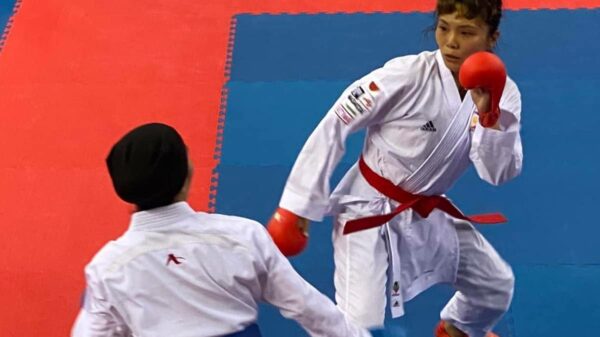 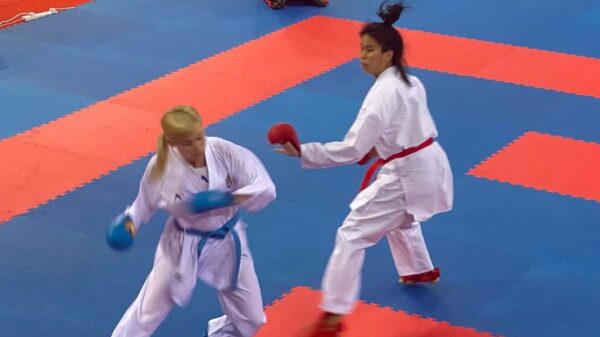